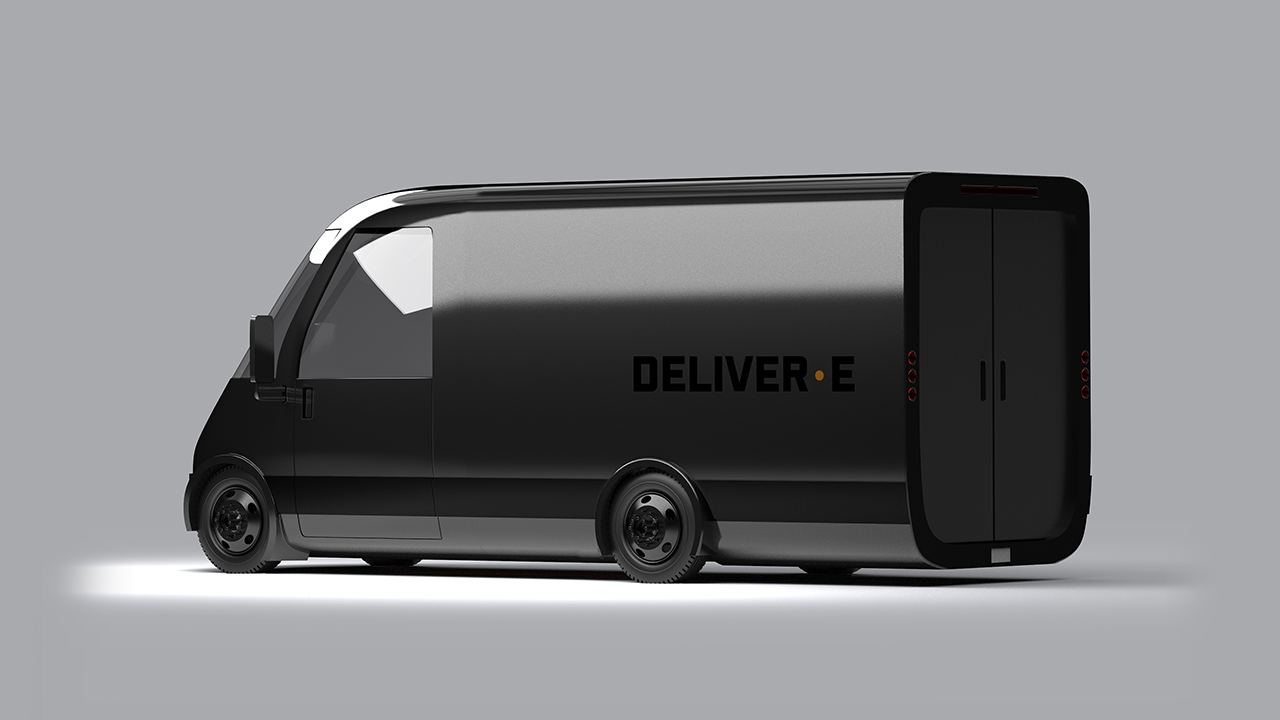 EXCLUSIVE - Electric truck startup Bollinger Motors is still working to get its old-school SUV and pickup models into production by next year, but it’s already thinking about the future.

The Michigan-based company has unveiled the DELIVER-E electric cargo van concept that it hopes to have on sale by 2022.

The B1 SUV is scheduled to enter production in late 2021. (Bollinger Motors)

The DELIVER-E has a modern, streamlined style that’s a stark contrast to Bollinger's boxy B1 and B2 Class 3 medium duty off-road trucks. The front-wheel-drive van shares its battery and drivetrain technology with the 4x4s, but will be built on an entirely different platform that features a super-low load floor just 18 inches off the ground.

It also has a tapered shape when viewed from above, with a wider rear track to improve cargo space.

Bollinger said the product spawned from interest from delivery truck builders in the stripped CHASS-E version of the B1 and B2 chassis, which wasn’t ideal for a van platform due to its high ground clearance.

The CHASS-E is being offered as an electric platform for custom truck bodies. (Bollinger Motors)

Fellow battery-powered vehicle startup Rivian is also developing a cargo van with Amazon, while Ford will introduce an electric version of the best-selling Transit in 2022, but Bollinger said that the DELIVER-E’s ability to be scaled down to Class 2B or up to to Class 4 or 5, as required by the customer, makes it unique in the space.

Bollinger expects to announce the American contract manufacturer that will build the B1 and B2 in September, with the first deliveries set for late next year, and is in talks with it and other companies that are already in the van space about producing the DELIVER-E.

While Bollinger is targeting about 2,000 to 3,000 annual sales of the $125,000 B1 and B2, he’s planning on much higher volume for the DELIVER-E, based on customer interest. Pricing hasn’t been announced, but Bollinger said it offers a 20 percent savings in total cost of ownership over 10 years, which factors in the cost of a possible battery change during that time.