Business owners in some parts of the nation are concerned and uncertain whether they should open on or around Election Day amid fears of protests or destruction, local groups and police officials said.

Authorities in Chicago, Miami, Portland, Washington, D.C. and other cities are working with local business people to address potential ways businesses could be impacted before, during and after the election, law enforcement officials and representatives of business groups told FOX Business.

Elliot Richardson, president and co-founder of the Chicago-based Small Business Advisory Council, said Friday that fear "of civil unrest and looting [after the election] looms large over communities that really faced that during the summer." 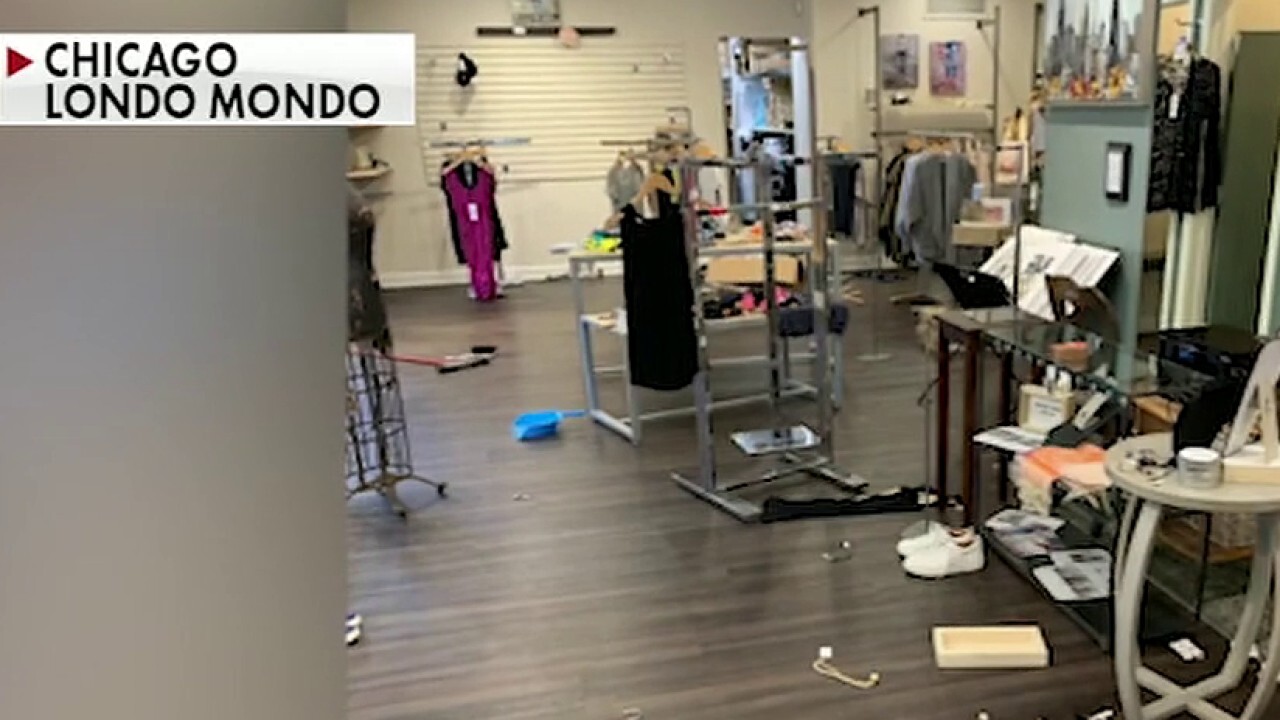 The looting and property damage that happened during or following some racial justice protests "had a devastating impact. And that's really what needs to be prevented," he said.

"We've got to protect those local communities and those local businesses from further hardship, from looting or any sort of destruction that might occur on Election Day."

The Windy City saw spurts of unrest in the wake of the police-involved death of George Floyd in Minnesota. Tensions remained heightened months later in August, when hundreds of people – including “car caravans” as described by Police Superintendent David Brown – ventured into Chicago's Magnificent Mile, where they destroyed property and looted stores over the course of several hours.

Brown said at the time that the looting spree was believed to have been triggered by allegedly false information that was circulating related to a police shooting hours earlier.

During a recent press conference covering election preparedness, Brown said Chicago police are now trying “as best we can to anticipate any hazard that might happen,” including the possibility of “embedded agitators that might loot, or cause violence or destroy property.”

Rich Giudice, executive director of Chicago’s Office of Emergency Management and Communications, said the OEMC met with about 50 business representatives earlier this month to discuss precautions retailers could or should take. Plans could include opening a “business operations center” that will work directly with the OEMC on Election Day. “I feel we always have had a very good relationship with the business community. It’s been enhanced, obviously, throughout the course of this summer,” Giudice said during a press conference last week.

He said he is not asking retailers to protect their businesses with plywood or plan for potential losses, saying, “There’s no reason for us to tell them that at this time.” He said officials were encouraging business owners to check in with their private security service.

“[We] tell them, ‘Make sure your cameras are up and functioning,'” Giudice said. “Make sure they’re pointing in the right directions. Make sure you have ample amount of security at each one of your locations, and most importantly, communication.”

AMERICANS ARE GOOGLING THESE 5 QUESTIONS AS ELECTION LOOMS

Richardson said Friday that the SBAC has heard from businesses that are considering their security options.

He noted he has not heard from any specific business owners who said they have decided to close on Election Day, but said some might not be able to afford to close or take other precautions.

"Some of these very small businesses, especially those that have been hurt by the pandemic and were involved in the prior looting, might not have the money to take precautions that are necessary," he said. "Businesses are struggling right now, and every hit that they take, whether it's through the pandemic or through looting, puts them in an even worse situation."

Richard Gamble, chair of Chicago's Magnificent Mile Association, told Fox News on Friday he's noticed an increased coordination not only between city agencies, police and businesses, but between the retailers and business owners themselves.

Gamble said the OEMC held a call this week to go over measures being taken as Election Day approaches and lauded the work being done by the police department and the city.

“There’s a greater sense of confidence in the ability of the city and the police department to respond," Gamble said.

CHICAGO LOOTING TRIGGERS OVER 100 ARRESTS, 13 OFFICERS HURT AS MAYOR WARNS CRIMINALS: 'WE ARE COMING FOR YOU'

Portland is also no stranger to unrest over the past several months. At one point, the Oregon city saw as many as 100 days of protests following Floyd’s death.

In a letter to business owners and operators this week, Portland Police Chief Chuck Lovell said the department was “engaged in extensive planning and collaborating with local public safety agencies and other key partners to promote safety during the upcoming election season.”

A pedestrian walks past a boarded up and closed luggage store in the downtown area of Portland, Oregon, U.S., on Monday, July 20, 2020. (Rebecca Smeyne/Bloomberg via Getty Images)

Local law enforcement had not received any intelligence “to suggest violence,” Lovell wrote in the Tuesday bulletin.

“A lot of business owners and operators want to know if they should close or board up their business,” he said, adding that the PPB would not be telling retailers whether or not to do so.

Lovell instead asked that businesses keep an eye on the events and activity around their businesses and monitor Twitter for any updates from the PPB or the community. He also warned that police response could be delayed.

“Help increase public safety by removing sandwich boards, furniture, and secure dumpsters outside of your business prior to events so these objects cannot be used as projectiles, barricades or fuel for fires,” he wrote. Dumpsters have frequently been used by rioters who have started fires or used them to block roadways, according to previous police press releases.

He also asked that business owners monitor their security footage “for criminal activity that could help PPB investigators if an incident occurs at or near your business and report through dispatch.”

HSEMA Director Christopher Rodriguez told the outlet he did not anticipate unrest or violence in Washington.

“Our threat environment, right now, does not indicate that we’re going to see the types of activity and violence that we saw in May in June,” Rodriguez said, according to the report. “And so we are not recommending that at this time, but again what we told the BIDS is that if the environment changes, we will communicate that to them.”

Miami Police Chief Jorge Colina said he, too, has received calls from business owners who are unsure whether they should open on or around Nov. 3.

“There is quite a bit of anxiety” surrounding any potential unrest, Colina told FOX Business earlier this month. “We've gotten a lot of calls and emails from many of our residents. Business owners are asking whether they should open on Election Day because they're afraid.”

Colina said he did not expect any unrest on Election Day, but said officers from the Miami Police Department will be prepared nonetheless.

“My recommendation is business as usual. Open your business, make a living,” he said. “We expect nothing but law and order here. And if someone or some group wants to try to disrupt that, we're going to address it and not allow it.”