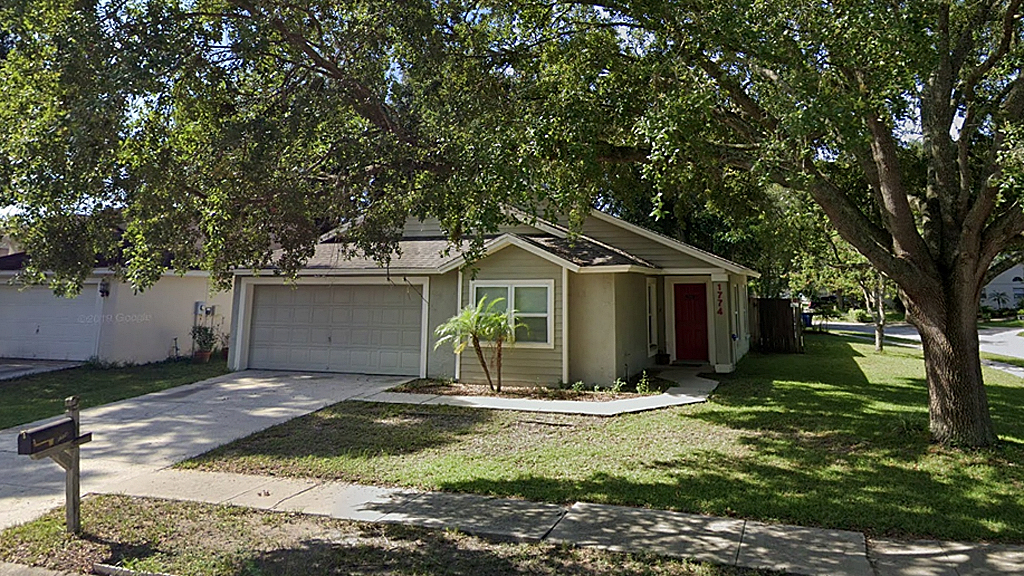 The iconic family home featured in Tim Burton's 1990 film "Edward Scissorhands" is up for grabs.

The residence, located at 1774 Tinsmith Circle in Lutz, Fla., was one of the locations of filming for the movie, which saw Johnny Depp take on the role of an artificial man who had scissors for hands.

According to its listing on Zillow, the home features three bedrooms, two bathrooms and is approximately 1,432 square feet.

The Boggs family home featured in 'Edward Scissorhands' has been listed for $244,000. (Google Maps)

Current photos of the property show its exterior has been updated to a shade of gray as opposed to the pastel blue paint that viewers saw in the romantic fantasy. In the flick, the property belonged to the Boggs family. After living a reclusive life, Depp's character is taken into the home by saleswoman Peg Boggs (Dianne Wiest) where he falls head over heels for her teenage daughter, played by Winona Ryder.

The realtor's listing notes that the home is ready for move-in. The master bathroom has been "fully remodeled" and features a walk-in closet. Additionally, all three bedrooms have "newer flooring" and windows have been updated.

For "Edward Scissorhands" fans, the kitchen cabinets and countertops remain the same as they did in the film.