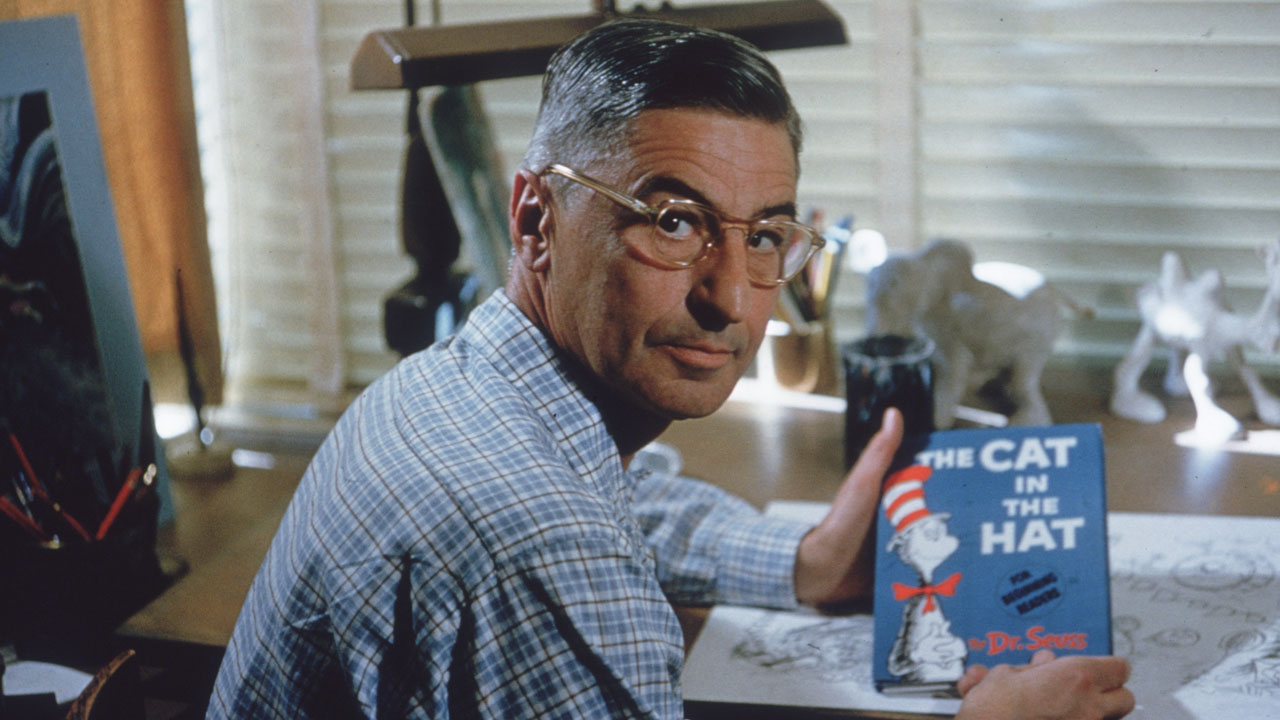 Publishing under many different pseudonyms throughout his career — from Theo LeSieg to Rosetta Stone — he ultimately settled on Dr. Seuss for a career that spanned seven decades.

The author wrote more than 60 books (not all were published) including "The Cat in the Hat" and "Green Eggs and Ham." His books have been translated into dozens of languages as well as in Braille and are sold in more than 95 countries.

Here’s a look at some of Dr. Seuss’ best-selling books of all-time.

6 DR. SEUSS BOOKS TO STOP BEING PUBLISHED BECAUSE OF RACIST IMAGERY

Arguably the author’s most popular book ever written, “Green Eggs and Ham” sits atop the list of top-selling Dr. Seuss books of all-time.

The tale of Sam-I-Am trying to convince the unnamed character to try a plate of what should be repulsive green eggs and ham remains a timeless classic for all ages.

The 1960 book has received such universal acclaim that it was eventually adapted for television with 1973’s “Dr. Seuss on the Loose” and most recently, a Netflix adaptation of the same name, starring Michael Douglas, Adam DeVine and Keegan-Michael Key.

DR. SEUSS DIDN’T HAVE ‘A RACIST BONE’ IN HIS BODY, STEPDAUGHTER SAYS

The cat adorned in the red-and-white striped hat is an iconic image forever emblazoned in the minds of readers.

The book was ultimately adapted into a 2003 film starring Mike Myers of “Shrek" fame, Spencer Breslin and Kelly Preston.

LIZ PEEK: CPAC BLASTS CANCEL CULTURE -- COULD THE ATTACKS ON DR. SEUSS BE THE TIPPING POINT?

The picture book, which is full of short poems, serves as a way to introduce young children to the alphabet, with a whimsical alliterative journey from Aunt Annie's Alligator to Zizzer-Zazzer-Zuzz.

'One Fish, Two Fish, Red Fish, Blue Fish' is best known for its rhyming structure throughout the book. (Random House)

The book is rife with silly rhymes and colorful animations that allowed for children to explore their imaginations and keep them entertained for hours on end.

Released in 1990, “Oh, the Places You’ll Go!” was the final book that Dr. Seuss published in his lifetime.

The book explores the challenges of life with Dr. Seuss’ signature wordplay and whimsical illustrations. The book is also notable for being written in the second person and using future tense, while referring to the protagonist as “You.”