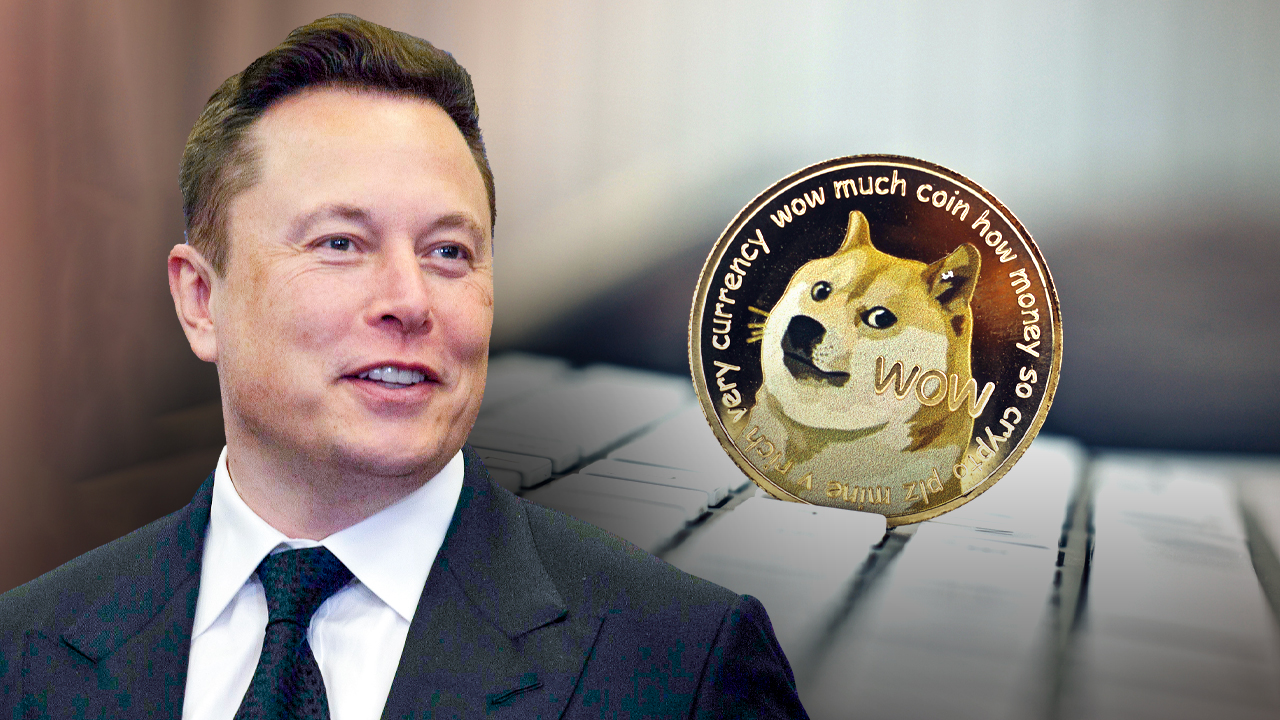 The Tesla CEO called himself "The Dogefather" in reference to his highly anticipated "Saturday Night Live" hosting debut on May 8.

"The Dogefather SNL May 8," he wrote.

The SpaceX founder is no stranger to hyping dogecoin, a parody cryptocurrency based on the "Doge" meme created in 2013.

The billionaire entrepreneur previously tweeted about dogecoin on April 1, also April Fool's Day, when he claimed that "SpaceX is going to put a literal Dogecoin on the literal moon."

Musk's Tesla was the first high-profile corporation to make a big bet on Bitcoin, earlier this year disclosing a $1.5 billion investment as part of its balance sheet and said that it would start accepting the currency as payments for cars.

In this photo illustration visual representations of digital cryptocurrencies, Dogecoin and Bitcoin, are displayed on January 29, 2021 in Katwijk, Netherlands. (Yuriko Nakao/Getty Images)

In an SEC filing on Wednesday, the company disclosed fair market value of its bitcoin holdings was now $2.48 billion, suggesting it is sitting on a sizeable gain on its initial investment.