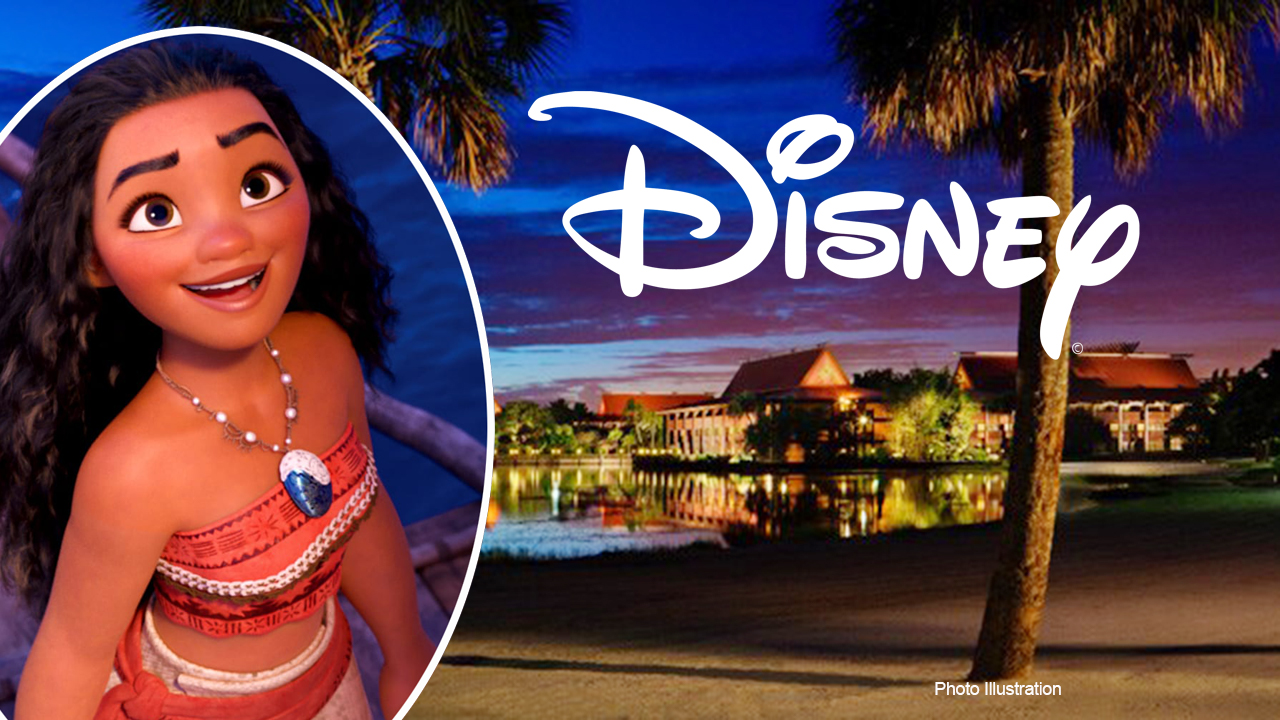 One of Walt Disney World’s deluxe resorts is getting a makeover based on one of its newest characters: Moana.

The entertainment and hospitality giant had already postponed the reopening of its Polynesian Village Resort due to the coronavirus, but now it will take time to refurbish the resort’s guest rooms and Great Ceremonial House, according to the Orlando Sentinel. The decor of the rooms, and parts of the resort, will reportedly be updated to reflect the 2016 animated film of the same name.

The refurbishment will reportedly be inspired by the fictional island of Montunui from “Moana,” as well as the Pacific Ocean. Previous updates to the Polynesian Village Resort included amenities, merchandise and menu items from its 2002 animated film “Lilo and Stitch.”

The decor of the rooms, and parts of the resort, will reportedly be updated to reflect the 2016 animated film of the same name. (Disney)

Disney’s Polynesian Village Resort is a five-minute drive away from Magic Kingdom Park and is also located near the Seven Seas Lagoon. It is one of Disney World’s oldest resorts ‒ opened in 1971 ‒ but also one of its most expensives, as it's classified as a "Disney Deluxe" hotel resort.

FOX Business reached out to Walt Disney World Resort for comment but did not immediately hear back at the time of publication.

Disney is aiming to reopen the resort by 2021, according to a note the company included on its booking website for the Polynesian Village Resort.

The Walt Disney Co. lost nearly $5 billion from the coronavirus park closures, travel experiences and products segment in the third quarter of 2020, according to an earnings call in August.