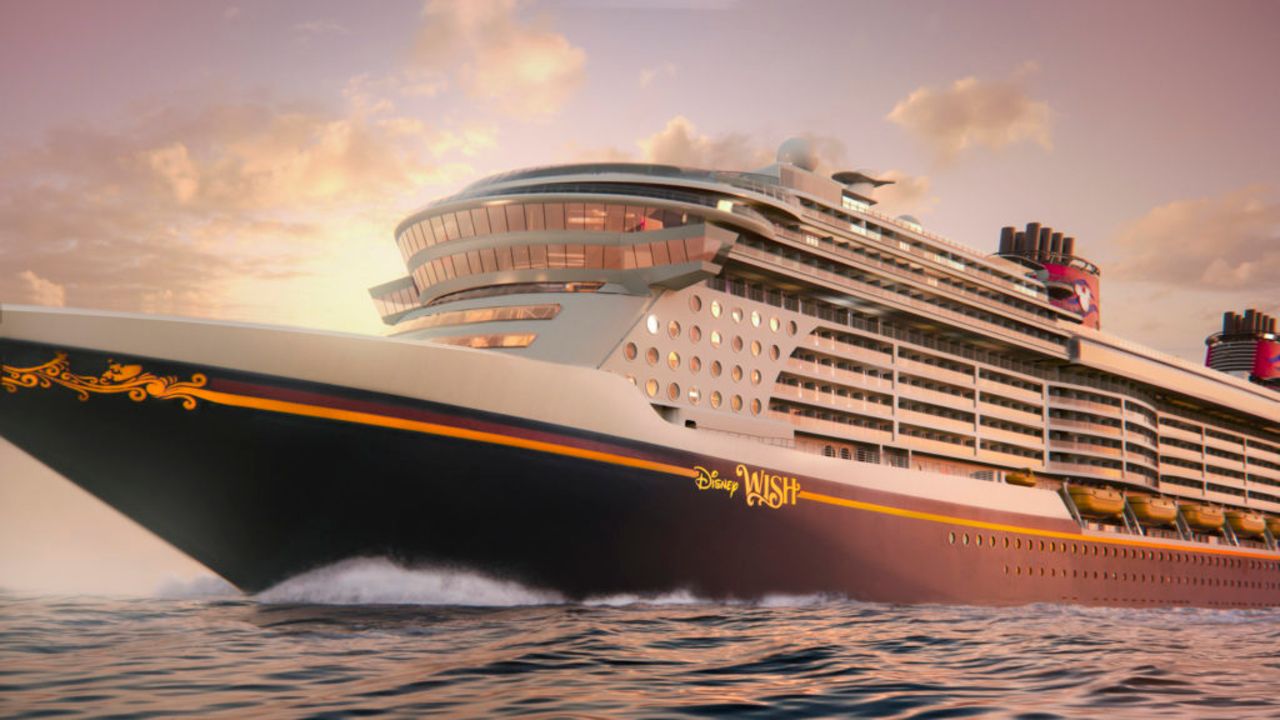 If you wish upon a star, your wish may come true. That is, if it’s to ride aboard Disney Cruise Line’s newest and largest ship, the Disney Wish.

The ship’s maiden voyage has been set for the summer of 2022, Disney announced Thursday.

The Wish will weigh in at about 144,000 gross tons and include 1,250 staterooms, according to Disney. That makes it slightly larger than Disney’s current ships, the Dream and the Fantasy. It will be powered by clean-burning liquefied natural gas.

An artist's rendering of the Disney Wish. (Disney)

Disney has otherwise been mostly quiet about the ship’s amenities. The company showed off a rendering of a three-story, fairytale-inspired atrium. The stern will feature a picture of Rapunzel, who Disney said embodies the desire to see the world.

The cruise line is also planning to launch to more ships about the same size as the wish.

An artist's rendering of an atrium aboard the Disney Wish. (Disney)

“Each Disney Cruise Line ship is unique, with a name that embodies the excitement of sailing with Disney and the power of our stories,” Disney CEO Bob Chapek previously said in a written statement. “The new ships will have the experiences our guests love, as well as all-new magic.”

Disney had planned for the Wish to set sail in early 2022, but its maiden voyage was pushed back to that summer because of pandemic-related delays at the shipyard in Germany, according to the company.

It’s not the only cruise line to experience a setback as a result of COVID-19. The CDC issued a no-sail order through at least the end of this month, and in some parts of the world, a limited number of cruise ships have only recently returned to voyages with a lower capacity and new health and safety precautions in place.

Even if the CDC order is lifted at the end of October, Disney Cruise Line has suspended all departures through at least Dec. 6.

Disney hasn’t said yet where the Wish will be sailing, but its current fleet of four ships have itineraries that include Hawaii, the Caribbean, the Bahamas, Baja California, the Pacific Coast and the Panama Canal in early 2022.