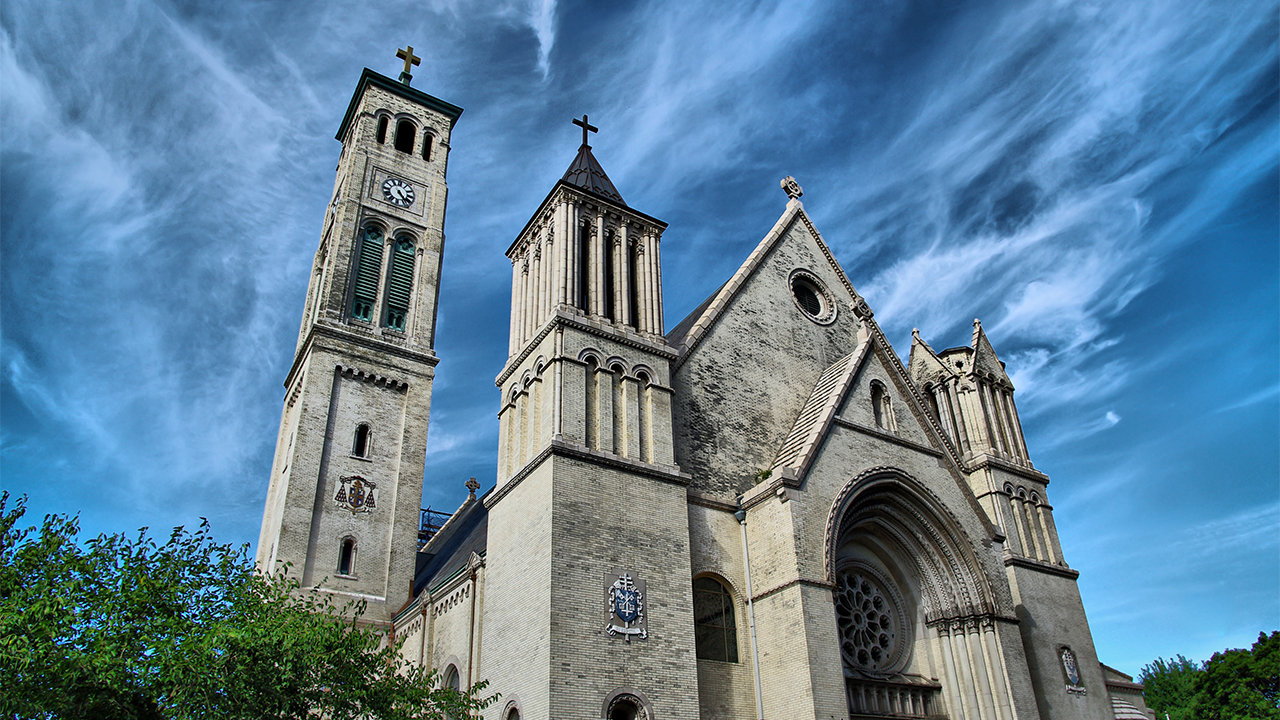 Just like everywhere else in the U.S., churches are hurting from the economic impacts of the coronavirus pandemic.

Scott Thumma, the director of the Hartford Institute for Religion Research, estimated that 70 to 80 percent of churches are seeing some kind of decrease in financial giving.

For some churches, the decrease could be "significantly down," in large part because they have to implement online giving -- which some of their congregants may not be familiar with.

"Smaller congregations are often filled with older people and they haven't done any of this before," Thumma told FOX Business. "Now, all of a sudden, they have to scan a QR code or click on a link … and these are the people who carry around checks and cash to put in a plate."

Some smaller churches could be functioning paycheck to paycheck because of the economic impacts of the coronavirus. (iStock)

“And then when you factor in the significant number of people who are at least apprehensive about losing their job -- if they haven't lost their job -- I guarantee you, congregations are certainly feeling a significant financial crunch at this point,” Thuma added. “And most congregations don't have endowments. I mean, some do, but most don't. And therefore, they're really living with the same kind of scenario that you see most Americans living with, which is, you know, almost paycheck to paycheck.”

Grace Church in New York City -- which has about 1,000 members -- had already implemented online giving long before COVID-19, but the church has still seen a decrease in giving, according to the church’s rector, Rev. J. Donald Waring.

“There's definitely been a drop in giving,” Waring told FOX Business. “And I think it's just because people are worried and they don't know what the economy is going to do.”

“We understand that that'll rebound hopefully when people get back and the economy rebounds,” he added.

Signal Mountain United Methodist Church in Tennessee -- which has a membership of about 160 -- saw a “fairly large drop” in financial giving on its first virtual Sunday, Rev. Caleb Pitkin told FOX Business.

“We expected to have church normally that week,” he said. “It was so unexpected. But the congregation has responded really, really faithfully and our giving has been steady. The longer this goes on, the more we're, of course, worried about that as our members struggle with being furloughed and losing jobs and seeing their retirement accounts go down.”

“Knowing that some of the government programs out there might be able to help has kind of removed a little bit of the stress,” he added.

In fact, the CARES Act, which President Trump signed last month, offers relief to churches and other ministries, according to The Christian Post.

Some of those aids include tax deferrals, encouragement of charitable contributions, small business loans and payroll tax credits, according to the website.

Aside from finances, the biggest transition for Pitkin was learning how to stream services -- which include only himself, a pianist and a singer -- on Facebook Live.

“It was a difficult transition,” he said. “The best you could say about our first Sunday livestream is it sounded like I was screaming the sermon at you as someone in the building refused to stop vacuuming. And the worst part of that technical error was that it was entirely my fault. But we were able to work out some of the kinks. And it's gotten better each week.”

“It's been strange, and I'm sure everybody feels that way,” he added. “Usually when you're preaching, you have some people you can look at and you can see how it's being received or if they've gotten what you're saying and [now] you have none of that. But on the flip side, if it's boring and it's not being well-received, you don't have to watch anybody fall asleep either.”

The transition to online services was much smoother for Grace Church, which had started livestreaming services about a year ago, Waring said. There were also other things that made the transition almost seamless.

Waring and his family live in the rectory right beside the church and one of his two sons had already learned how to run the livestreaming equipment. It also helps that the organist lives in a nearby apartment.

“We were able to pick it right up,” Waring said. “And we've been livestreaming an 11 a.m. Sunday service to an empty church, which -- really, it's been weird.”

Both Waring and Pitkin have seen an increase in viewership of their sermons compared to who typically shows up on a Sunday. However, they also know that some of their regular attenders aren’t able to watch because they’re older and aren’t familiar with technology.

Waring said he and the other clergy of Grace Church have spent time in the last month calling every parishioner  to check in. Pitkin, meanwhile, has started an initiative he’s calling “a mailing of the peace challenge.”

“We're sending each other cards and letters and artwork by our kids and that kind of stuff to try to remind us that we're still connected,” he said. “And then we have recorded CDs of the service that we're trying to mail out to some of our members who we know can't access it in any other way.”

To celebrate Easter on Sunday, Pitkin said he will stream two services on Facebook Live -- a sunrise service at 7 a.m. and another service at 11 a.m.

Grace Church will also stream its Easter service, with only 10 people present -- spread out throughout the church, which can seat 1,000. Those present will include the organist, three choir members “‘far, far apart from each other,” Waring and the other clergy and Waring’s son, running the livestream equipment.

“We're working on putting together as meaningful of an Easter service as we possibly can,” Waring said.

But the service will be tough, he added, because of how “magnificent” the holiday usually is, with a full church and the trumpets and organ playing.

“Not to have all that, it's gonna be kind of sad, but we'll make it as joyful as we can,” Waring said.