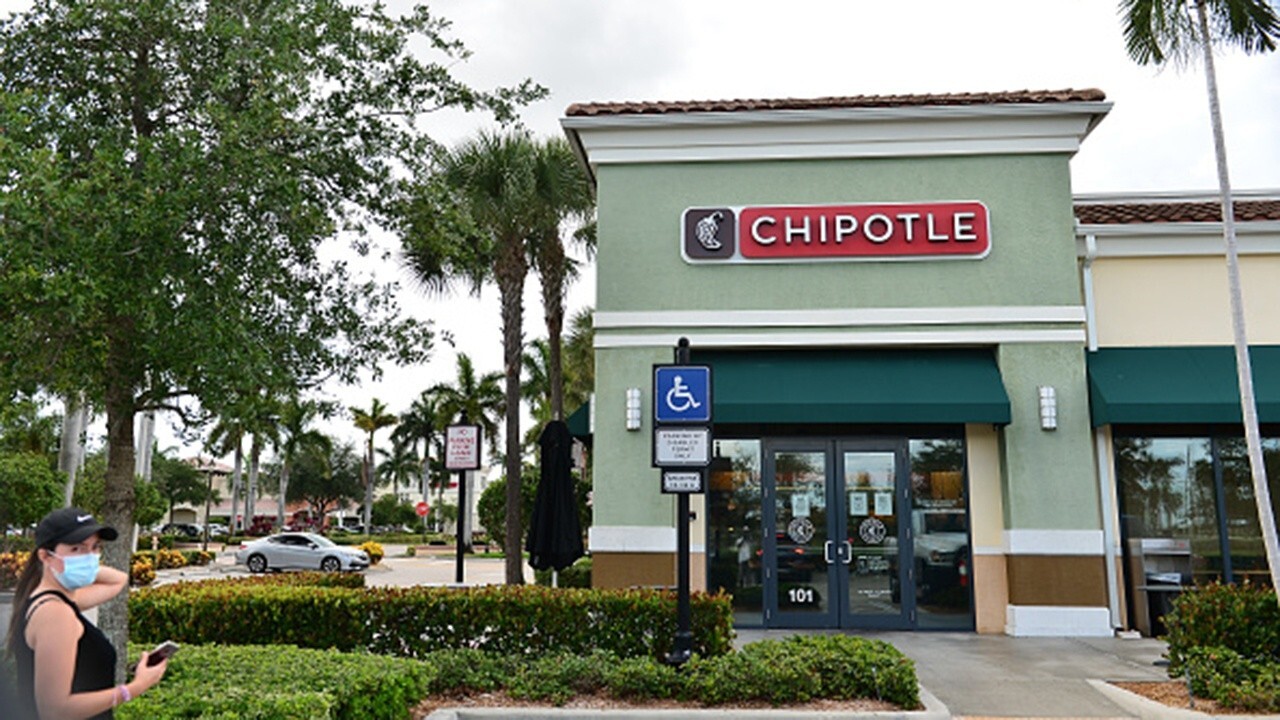 Chipotle CFO: Inflation ‘affecting most of our ingredients’

Chipotle CFO Jack Hartung on inflation and how COVID has impacted the food industry.

Chipotle is opening a new restaurant -- on the game platform Roblox.

The restaurant chain announced Tuesday that it will open a virtual location on Roblox later this week, where fans can get a code for a real-life free burrito.

According to the announcement, the Chipotle Boorito Maze experience will go live on Roblox starting Thursday at 6:30 p.m. ET, with a promotion that runs through Halloween.

Every day after 6:30 p.m. ET, the first 30,000 fans who dress their avatars in a Chipotle-inspired costume and visit the virtual restaurant’s cashier will get a code for one free burrito in real life. That code can be used for a free entree ordered through the Chipotle app or Chipotle.com through Nov. 14, the announcement said.

The offer renews every day at 6:30 p.m. ET until Halloween. According to the announcement, each Roblox player can only receive one free burrito.

In total, Chipotle said it is giving away $1 million in free burritos through the Roblox experience.

Chipotle is opening a virtual location on Roblox that goes live at 3:30 pm PT/6:30 pm ET on October 28. (Chipotle)

Fans can also go through the Chipotle Boorito Maze on Roblox, where they can "unlock exclusive virtual items" when they get to the center of the maze, the announcement said.

The Chipotle-inspired costumes for Roblox avatars include Chip Bag Ghost, Burrito Mummy, Spicy Devil and Guacenstein, according to Chipotle’s announcement.

"As a digital innovator, we are always experimenting on new platforms to meet our guests where they are," Chris Brandt, Chipotle’s chief marketing officer said in a statement. "Roblox's popularity has boomed over the past year, and we know our fans will be excited to celebrate the next evolution of Boorito in the metaverse."

People who aren’t able to get one of the free burrito codes on Roblox can still get a deal on Chipotle entrees on Halloween. The restaurant chain is offering $5 entrees on mobile and online orders made after 5 p.m. with the promo code "BOORITO" on Halloween this year, the announcement said.

This is the 21st year that Chipotle has offered special deals on burritos for Halloween, according to the company.