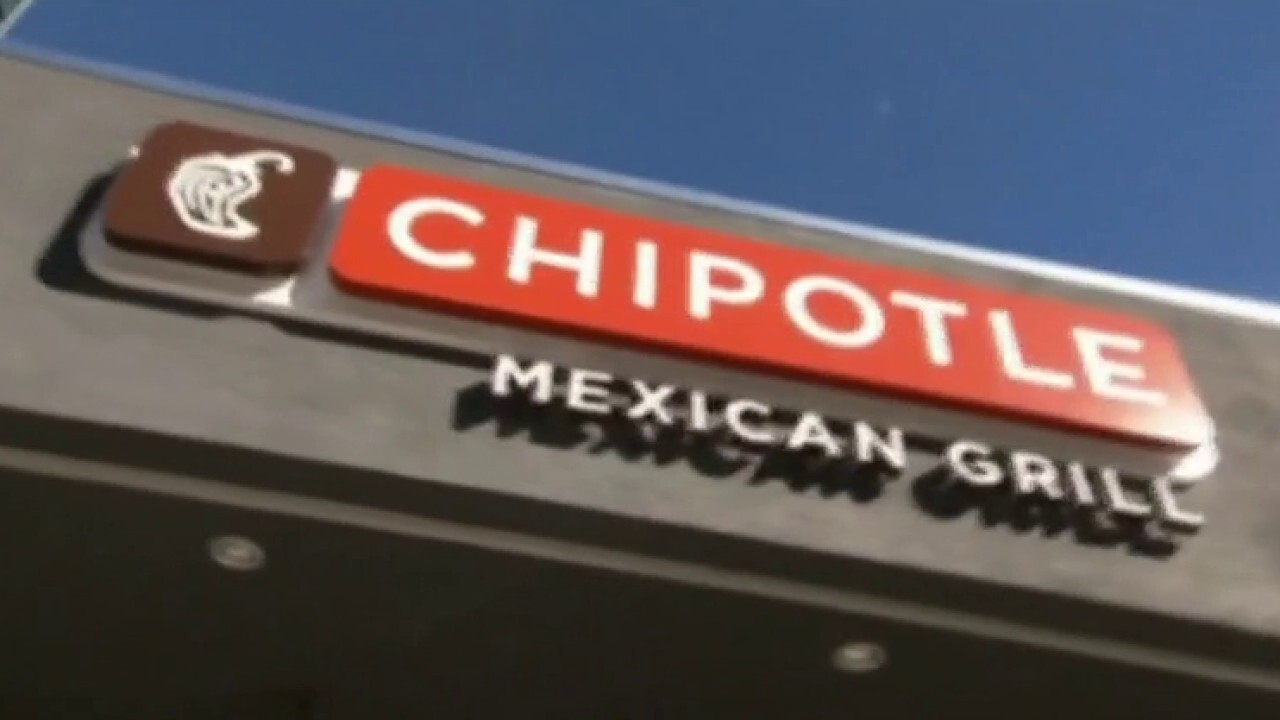 Economist Steve Moore on the harm of boosting food prices: 'inflation really is a tax on the lowest income people'

Chipotle Mexican Grill is offering its customers a chance to win a new Tesla, but they'll have to be willing to play.

The fast-casual restaurant chain is extending this offer to its Chipotle Rewards members through an online video game the company commissioned titled "Race To Rewards Exchange," according to a press release issued Tuesday.

This low-fi-inspired racing game falls in line with Chipotle’s new Rewards Exchange program, which is set to debut on June 23 and will allow customers to redeem points in exchange for food, branded merchandise and non-profit restaurant partners.

CHIPOTLE DIGITAL SALES JUMP 134% AS CUSTOMERS ORDER AHEAD THROUGH 'CHIPOTLANES'

Customers who want a shot at winning a standard 2021 Tesla Model 3 will need to play the game within the 48-hour period that it’s active on RaceToRewards.com. The game will be available to mobile and desktop gamers from Wednesday, June 23 at 9 a.m. PST to Friday, June 25 at 9 a.m. PST.

Chipotle's "Race to Rewards Exchange" game will award the top scorer a standard 2021 Tesla Model 3. Other winners who earn top scores will receive gift cards that can be redeemed for an electric bike or skateboard. (Chipotle Mexican Grill)

The contest is open to U.S. residents (excluding Alaska and Hawaii) and players age 13 and up are eligible to win.

In the game, players choose an electric vehicle and race down a "farm-inspired map" map that’s filled with obstacles. Ten points will be awarded and logged for every second a player drives, but once an obstacle is hit they’ll have to immediately start over from zero.

AUTOMAKERS EMBRACE ELECTRIC VEHICLES, BUT WHAT ABOUT BUYERS?

Meanwhile, the first 500,000 Chipotle Rewards members who play and pass two virtual Chipotle locations in the game will be awarded 250 points each day, which is enough to redeem an order of chips at the restaurant chain.

Chipotle’s press release says the company is prepared to give away up to 1 million free orders of chips to players during the limited-time event. At an average cost of $1.30 per order, according to pricing data on FastFoodMenuPrices.com, the restaurant could be giving away close to $1.3 million of product in addition to the $53,990 Tesla and three $1,699 RadRover5 bikes and six $1,399 Boosted skateboards.

However, this would also have to mean that at least 1 million reward members play the game long enough to earn their 250 points and redeem their winnings at Chipotle between these two days.

"The new Chipotle Race to Rewards Exchange video game is a fun way to demonstrate the speed at which our loyalty members can now earn rewards," Chipotle’s Chief Marketing Officer Chris Brandt said, in a statement. "This is one of the many ways we're super-charging our superfans and offering exclusive experiences to our most loyal guests."