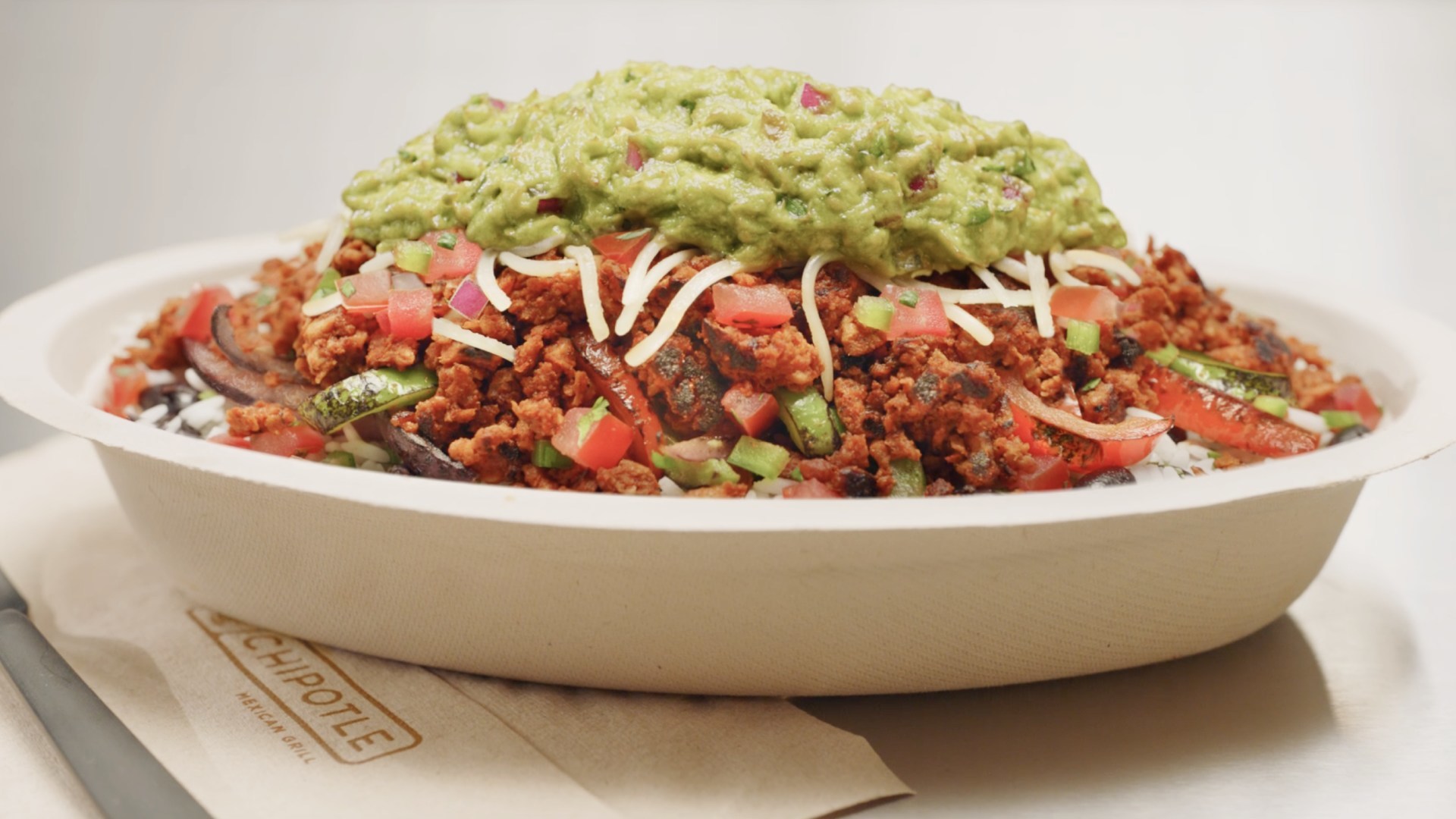 Chipotle has added a new plant-based item to its menus nationwide.

The restaurant chain announced Monday that it will begin offering plant-based chorizo for a limited time across the country. According to a press release, the new menu item is Chipotle’s "second-ever vegan protein" to be released nationally.

The company tested the new menu item in Denver and Indianapolis last summer and the plant-based chorizo had "strong test results," the press release said.

"We are thrilled to introduce guests to our new, flavor-packed Plant-Based Chorizo during a season when healthier options are top of mind," Chris Brandt, Chipotle’s chief marketing officer, said in a statement. "Plant-Based Chorizo is our best chorizo ever and proves that you don't have to sacrifice flavor to enjoy a vegan or vegetarian protein."

According to Chipotle, the plant-based chorizo is made from "all real, fresh ingredients grown on a farm, not in a lab."

Chipotle announced on Monday that it is offering plant-based chorizo nationwide for a limited time. (Courtesy of Chipotle)

The plant-based chorizo is also made without "artificial flavors, colors, preservatives, grains, gluten, or soy," according to the release.

Aside from the "deep, rich flavor and a slight kick," Chipotle’s plant-based chorizo has 16 grams of protein per 4-ounce serving, the release said.

"Our culinary team has worked relentlessly for years to develop this breakthrough Plant-Based Chorizo recipe that is uniquely Chipotle and aligns with the brand's industry-leading Food with Integrity standards," Nevielle Panthaky, Chipotle’s vice president of culinary, said in a statement.

Aside from the launch of plant-based chorizo, Chipotle is also offering three new lifestyle bowls that incorporate its new menu item based on nutritional preferences.

The Whole30 Salad Bowl, Vegetarian Bowl and Vegan Bowl can only be ordered on the Chipotle app or Chipotle.com, according to the press release.