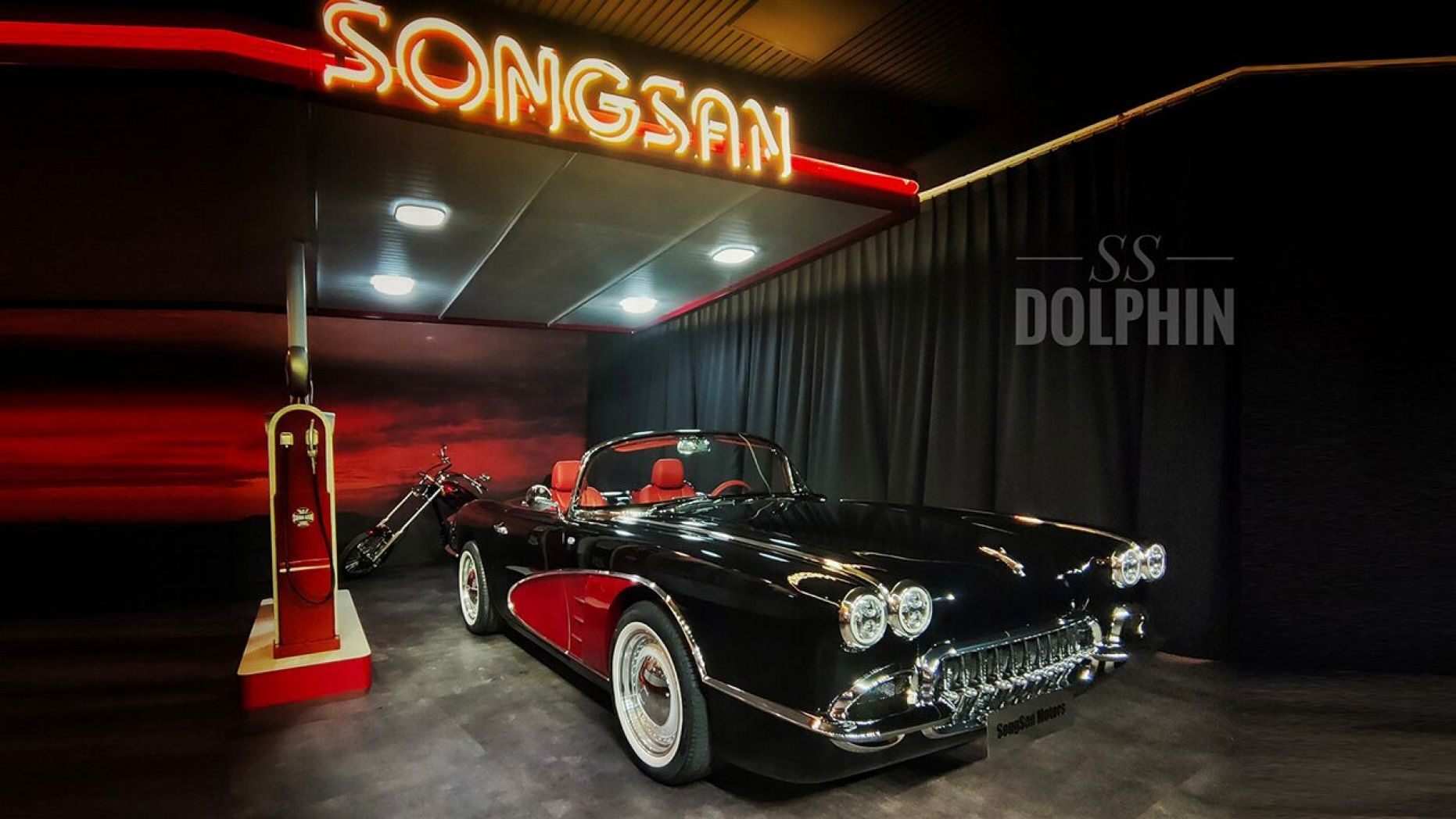 It looks like Chevrolet won’t be starting a clone war over a copycat Corvette recently unveiled in China.

Songsang's marketing of the Dolphin plays up 1950s Americana.​​​​​ (Songsang)

The Songsan Dolphin is a plug-in hybrid sports car that made its debut last week at the Bejing Motor Show with styling strongly inspired by the 1958 Corvette, many photos of which are featured on the company's website for the model.

However, a Chevrolet spokesperson confirmed to CarScoops that while Songsang did not request prior permission to use the design, GM isn't planning any legal action since it isn't technically identical to the classic model and doesn’t feature any Chevy or Corvette branding.

The 1958 Corvette is one of the most iconic automobiles in history. (David Cooper/Toronto Star via Getty Images)

Available as a two-seat coupe or convertible, the $86,000 Dolphin uses a hybrid powertrain that incorporates technology supplied by Warren Buffett-backed automaker BYD. Its combination of a 1.5-liter turbocharged, four-cylinder engine and electric motor produces a claimed 315 hp and is capable of accelerating the front-wheel-drive two-door to 60 mph in under five seconds. A small battery provides a range of approximately 60 miles per charge when it is operating in all-electric mode.

Songsang, which was previously known for its cruiser-style motorcycles, also plans to build a retro minivan called the Summer that borrows styling cues from the Volkswagen Microbus.

The Landwind X7 (bottom) was found to have infringed on the design of the Land Rover Range Rover Evoque. (Land Rover/Landwind)

GM, FORD NEED ELECTRIC-CAR BATTERIES, BUT TAKE DIFFERENT PATHS TO GET THEM

Chinese automakers have a long history of producing vehicles that resemble models from other makes. Also on display at the show is the Foton Big General pickup, which brings to mind the Ford F-150, while the Landwind brand lost a court case last year over its blatant copy of the Range Rover Evoque, which was the first successful defense of a design by a foreign automaker in the Chinese justice system.