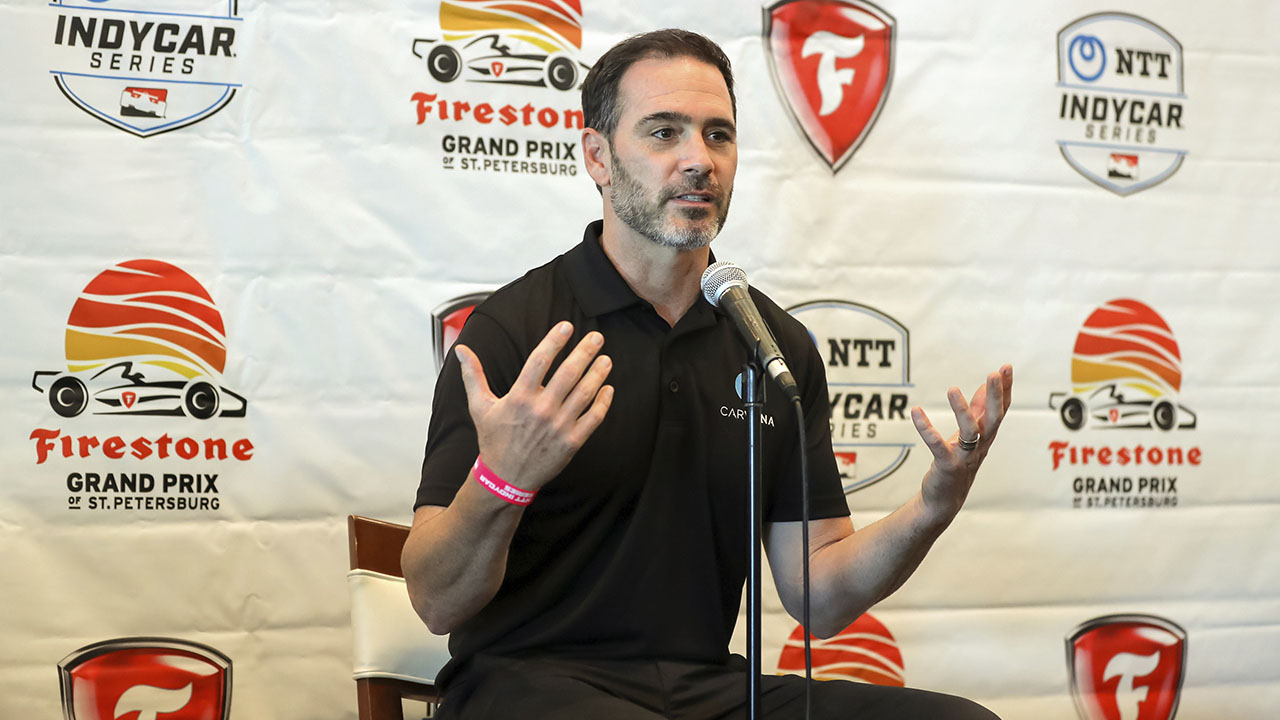 Jimmie Johnson will be driving a new car next year that’ll be sponsored by a used car retailer.

Carvana has signed on to back the seven-time NASCAR Cup Series champion’s move to IndyCar in 2021.

Johnson is scheduled to compete only in IndyCar’s 13 road and street races, avoiding the oval tracks due to safety concerns. He has previously said he would consider racing in the Indy 500 but has not confirmed plans to enter the event.

Johnson has spent his entire NASCAR Cup Series career driving for Rick Hendrick, who owns one of the nation’s largest car dealership groups and said he got his boss’s blessing to partner with a competitor.

“I've had him in the loop from the beginning,” Johnson said. “In typical Rick fashion he was great with it and he knows how hard it is to raise sponsorship money.”

THE NASCAR TRUCK SERIES IS CHANGING ITS NAME, HERE'S WHY

“Jimmie is an amazing person and an unbelievably successful driver and there's this mission and desire to tackle something new that is compelling,” Carvana chief brand officer Ryan Keeton said. “It's not like Michael Jordan going to baseball, but you don't typically see a champion start anew. We are super, super excited to help him achieve this dream.”

Johnson made the announcement ahead of the IndyCar St. Petersburg Grand Prix, where Chip Ganassi Racing driver Scott Dixon finished third to claim his sixth season championship for the team.