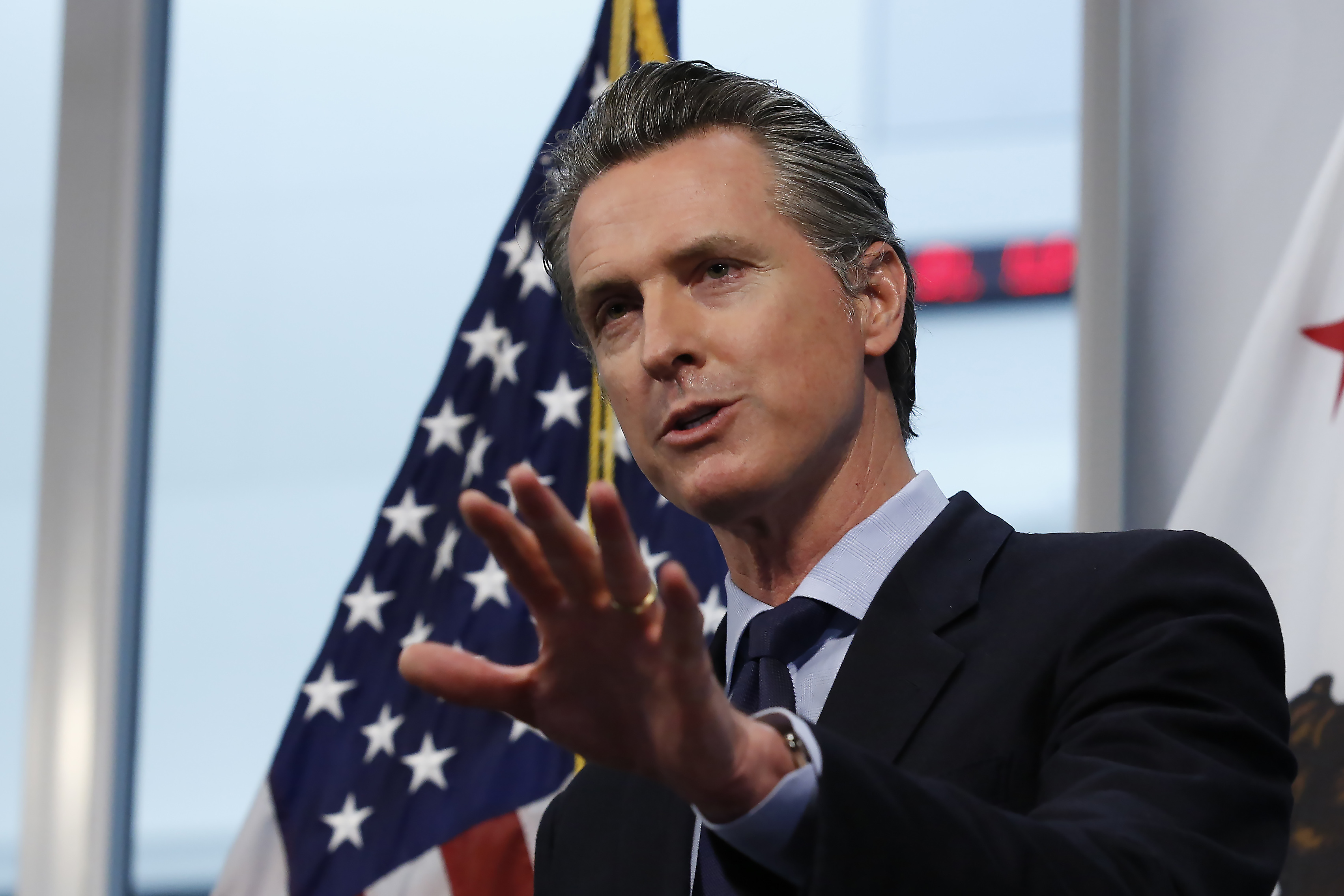 California Gov. Gavin Newsom was sued by a group of pastors and the Center for American Liberty on Monday for not making a religious exemption for the statewide stay-at-home order, which was put in place to slow the spread of the coronavirus.

“Criminalizing individual participation at a church, synagogue, mosque, temple, or other house of worship clearly violates the First Amendment,” Harmeet K. Dhillon, CEO of the Center for American Liberty said in a press release.

“The state and localities have granted sweeping exceptions to the shutdown orders for favored businesses and professions, while specifically targeting people of faith and decreeing to religious institutions that it is ‘good enough’ that they be allowed to offer streaming video services,” Dhillon added. “The state does not get to dictate the method of worship to the faithful.”

Four plaintiffs -- three pastors and one churchgoer from San Bernardino and Riverside counties -- were listed on the lawsuit, which was filed in the U.S. District Court for the Central District of California.

One plaintiff, Dean Moffatt, was reportedly fined $1,000 for holding a Palm Sunday service at his church in Riverside County.

Aside from Newsom, the lawsuit named California Attorney General Xavier Becerra and specific officials in San Bernardino and Riverside counties as defendants.

THERE ARE LEGAL CONCERNS FROM CORONAVIRUS IN BUSINESS REOPENINGS

On March 19, Newsom issued a stay-at-home order for Californians, which banned public gatherings.

The order did not make an exception for religious gatherings -- though some states who followed with their own shelter-in-place orders did make religious exceptions, Newsweek reported.

San Bernardino and Riverside counties did allow Christians to attend Easter services, according to the Center for American Liberty press release. However, the lawsuit “demands religious liberty beyond Easter Sunday,” the release said.

“If a Californian is able to go to Costco or the local marijuana shop or liquor store and buy goods in a responsible, socially distanced manner, then he or she must be allowed to practice their faith using the same precautions,” Dhillon added.

"Practice your faith, but do so in a way that allows you to keep yourself healthy," he said.

Newsom’s office did not immediately respond to FOX Business’ request for comment.

This week Newsom also said California’s stay-at-home order could be relaxed soon. Newsom made an agreement with Oregon and Washington governors Kate Brown and Jay Inslee to relax their orders “based on health outcomes,” according to a press release.