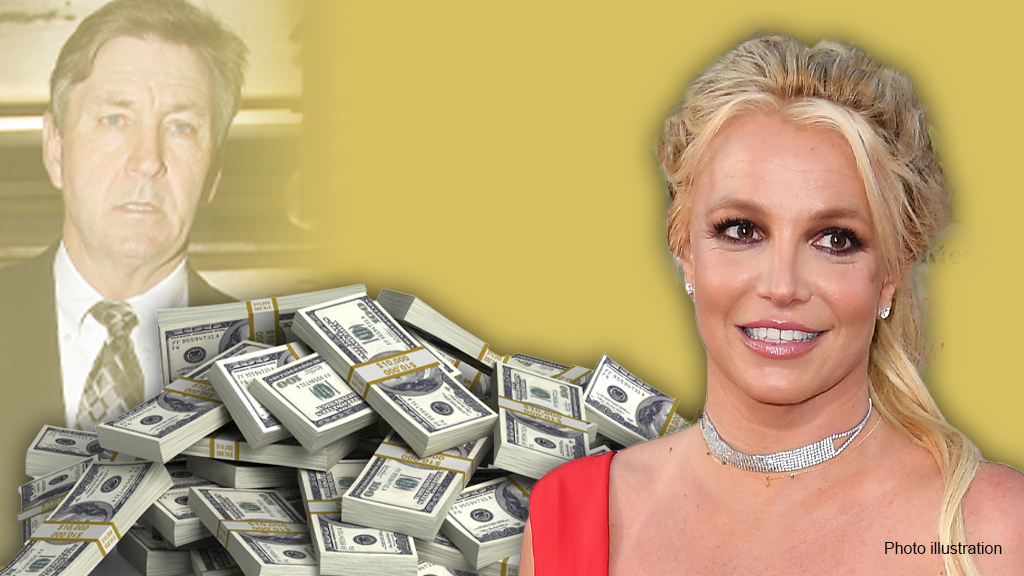 Britney Spears, for all of her musical success and riches the popstar’s career has brought her, did not make this year's Forbes' list of America’s Richest Self-Made Women.

According to the publication, due to the decades-long amount of legwork Spears, 38, has put in, she has pulled in more than $30 million a year in eight of the last 20 years.

However, Forbes maintains that a bulk of Spears’ earnings is immediately paid out to others to the tune of around 25% of her gross being paid to her agents, managers and attorneys – relatively par for the course regardless of the celebrity.

The publication further reported that 40% or more lends itself to state and local taxes and in terms of expenses, one source told Forbes that Spears pays about half a million dollars in child support each year to her ex-husband Kevin Federline, plus millions since 2008 in legal support and fees related to her conservatorship.

WHAT IS BRITNEY SPEARS' NET WORTH?

Spears is currently under a court-ordered conservatorship, meaning a guardian – her father Jamie in this case – oversees her finances and everyday life. The conservatorship has been in effect for over a decade.

Britney Spears was granted permission to expand her legal team as her conservatorship looms in court and her father, Jamie, reportedly has opposed the petition. (Photo by J. Merritt/Getty Images for GLAAD)

The “Princess of Pop,” who hasn’t performed live since 2018, is currently in the midst of an indefinite hiatus as she navigates the ongoing controversy surrounding the conservatorship.

Incredulous fans of the singer have thrown their support behind the #FreeBritney movement, claiming her father Jamie is treating her unfairly. Some have even accused him of stealing from the pop star's massive fortune. He has denied such allegations.

WHAT IS A CONSERVATORSHIP AND WHAT DOES IT MEAN FOR YOUR MONEY?

This week, Spears was granted permission to expand her legal team as her conservatorship looms in court and her father, Jamie, reportedly has opposed the petition, citing the cost of adding more lawyers, Variety said on Thursday.

In contrast, Spears is said to be "strongly opposed" to Jamie acting as her sole conservator and has reportedly requested that a trust company take over the role.

Additionally, Spear's sister Jamie Lynn is reportedly acting as her trustee while her brother, Bryan, has publicly disclosed that Spears has "wanted to get out of [the conservatorship] for quite some time."

Meanwhile, Forbes further reported that over the course of Spears' career, which has spanned more than 20 years in music, television and movies, her take-home pay is only a fraction of what many have been led to believe it to be – upwards of $250 million.

That isn’t the case, according to the outlet, who reviewed court filings related to Spears’ fortune.

Britney Spears has performed in 10 major tours and also has a Las Vegas residency to her credit. (Photo by Kevin Mazur/WireImage)

In the litany of documents, the money magazine found that the “…Baby One More Time” songstress’ fortune hovered around $60 million at the end of 2019.

“The overwhelming majority of that, about $56.5 million, sits in investment accounts, business investments and real estate, while the rest is in cash,” the outlet reported even though Spears has sold close to 150 million records worldwide, according to Billboard.

Britney Spears' fortune hovered around $60 million at the end of 2019, according to Forbes. (Photo by Gareth Cattermole/BCU18/Getty Images for BCU) (Getty)

Spears has performed in 10 major tours and powered through a Las Vegas residency all while still raking in profits from licensing deals which include 19 popular fragrances.

Spears' 2009 "The Circus Starring Britney Spears" tour was a commercial success, with a total gross of $131.8 million, making it one of the highest-grossing tours of the decade.

Reps for Britney Spears did not immediately respond to Fox News' request for comment.