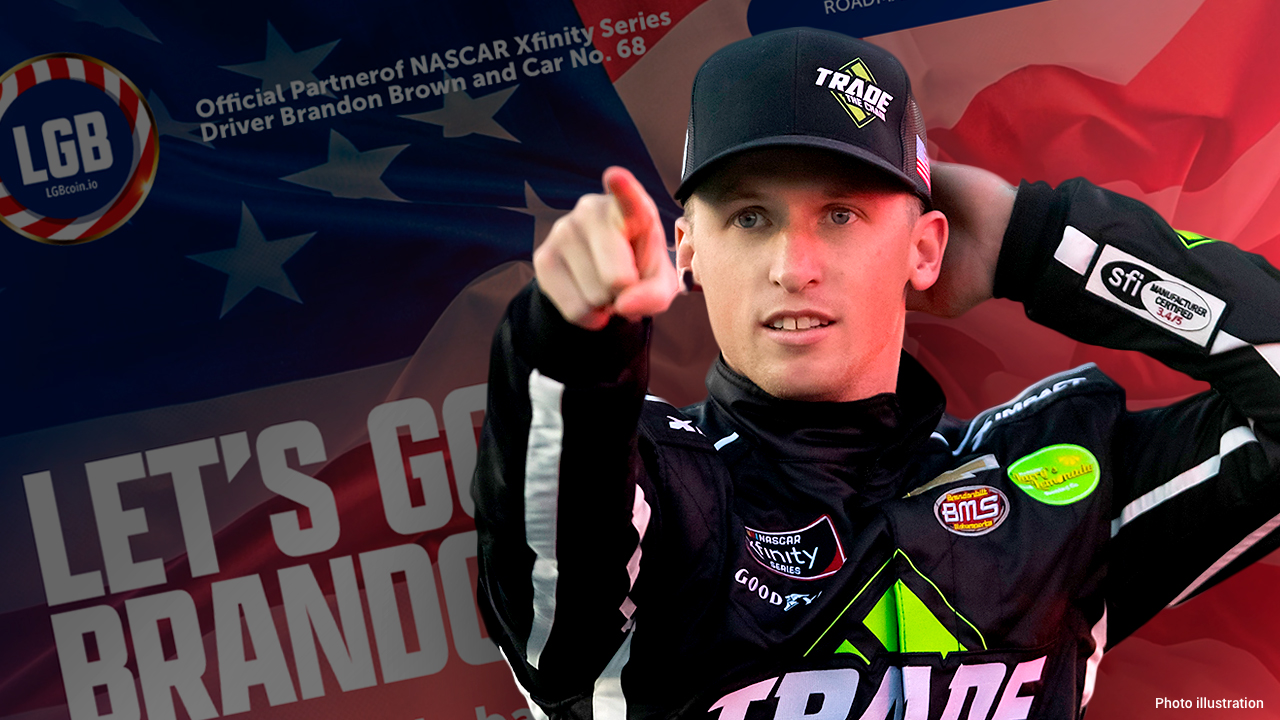 Brandon Brown is cashing in with LGBcoin.

The NASCAR Xfinity series driver has inked a two-year sponsorship deal worth with the cryptocurrency worth a reported "eight figures," even though he has been banned from advertising it on his race car.

The exact dollar amount of the deal was not announced, but LGBcoin said Brown is now a "holder" of the currency and his spokesperson confirmed to FOX Business that he is being paid in "both cash and coin."

NASCAR last week rejected Brown's Brandonbilt Motorsports plan to feature an LGBcoin livery during the 2022 season after the team announced that it had been approved.

The meme coin was inspired by the "Let's Go Brandon" saying that has become popular among critics of the Biden administration after an NBC Sports reporter misinterpreted the crowd at Talladega Superspeedway chanting "F--- Joe Biden" during a televised interview with race winner Brown.

LGBcoin says its product "allows owners to digitally voice their support for America and the American dream" but cautions that it has "no intrinsic value."

"I’m working to achieve my own American dream," Brown said in a press release. "I’m humbled and thankful for LGBcoin.io’s reaffirmed support for my professional journey and their commitment to maintain a patriotic message."

Brown will participate in events, videos, conferences and other activities promoting the product through 2023.