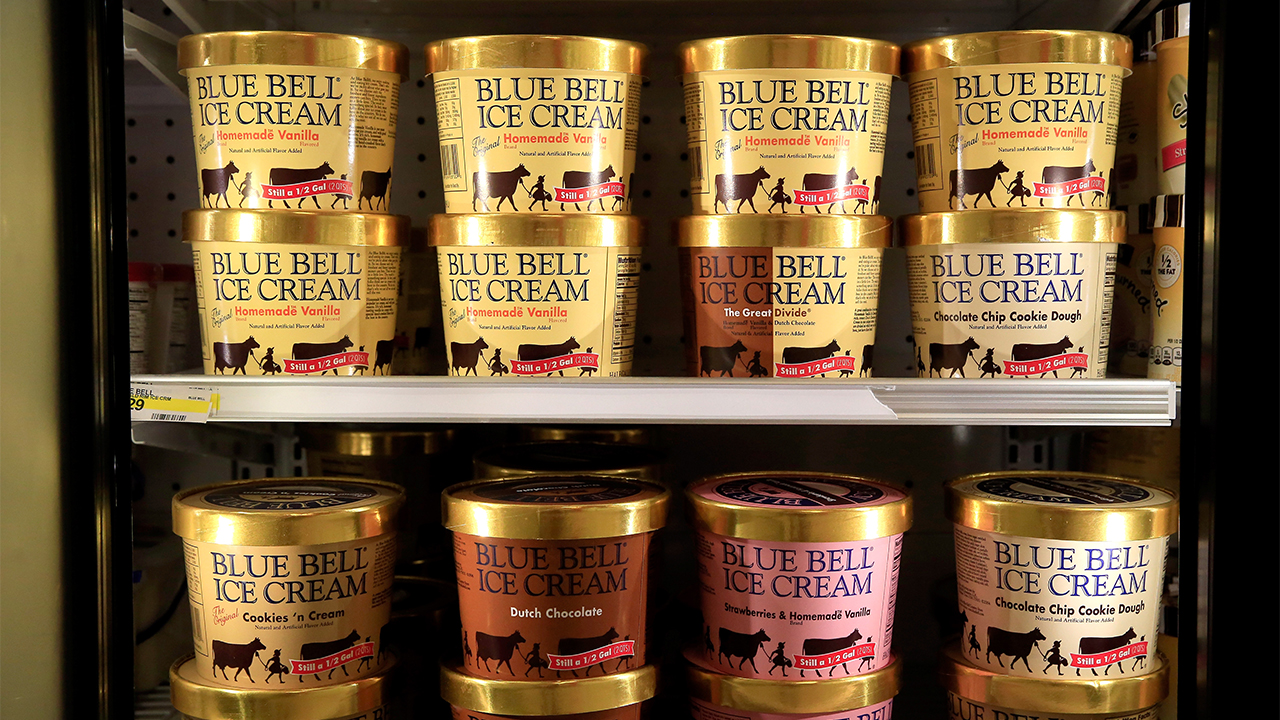 The former president and CEO of Blue Bell Creameries L.P., a Texas ice cream company, was indicted Tuesday on wire fraud charges in connection with a scheme to cover up a 2015 listeria outbreak that killed three people, according to the Justice Department.

The company recalled its products after they were linked to 10 listeria cases in four states, including three deaths in Kansas.

Blue Bell Ice Cream is seen on shelves of an Overland Park grocery store prior to being removed on April 21, 2015 in Overland Park, Kan. Blue Bell Creameries recalled all products following a Listeria contamination. (Photo by Jamie Squire/Getty Image

Texas health officials told the company in February 2015 that two products manufactured at its Brenham factory tested positive for the bacteria, according to authorities.

Paul Kruse is accused of ordering the products pulled from stores without properly explaining why to retailers or consumers, according to the Justice Department.

“Rather than send a public notification about the contaminated products to customers and consumers, defendant Paul Kruse ordered his sales employees to pull products from customers' shelves without disclosing the reason,” the indictment says.

He also is accused of crafting a written statement “that concealed that certain Blue Bell products might contain Listeria monocytogenes,” and instructed employees to give that statement to customers if they asked about the removals, according to the indictment.

The company handled its own distribution and therefore had direct control of placing its products straight into customers’ freezers, according to the indictment. In addition to stores, other Blue Bell customers included schools, hospitals and U.S. military bases in 23 states.

“The company did not immediately recall the products or issue any formal communication to inform customers about the potential listeria contamination,” the Justice Department said in a statement Wednesday.

Listeria or listeriosis is a potentially deadly infection caused by the bacterium Listeria monocytogenes, according to the Centers for Disease Control and Prevention. About 1,600 people contract it in the U.S. every year, usually from eating contaminated food, and about 260 of them die. It is especially dangerous to pregnant women, senior citizens and people with weakened immune systems.

“American consumers trust that the individuals who lead food manufacturing companies will put the public safety before profits,” acting Assistant Attorney General Jeffrey Bossert Clark said in the statement. “The Department of Justice will take appropriate action against those who ship contaminated products and choose not to tell consumers about known risks.”

A federal judge dismissed felony charges against Kruse in July because prosecutors had not sought a  indictment during a temporary halt in grand jury proceedings amid early coronavirus concerns.

Kruse’s attorneys have maintained that he and other Blue Bell employees are innocent, and “did the best they could with the information they had at the time.”

The new charges come just weeks after Blue Bell was ordered to pay more than $17 million in penalties in connection with the outbreak, according to the DOJ. Blue Bell also agreed to pay another $2.1 million for selling potentially tainted products to the federal government – including the military.