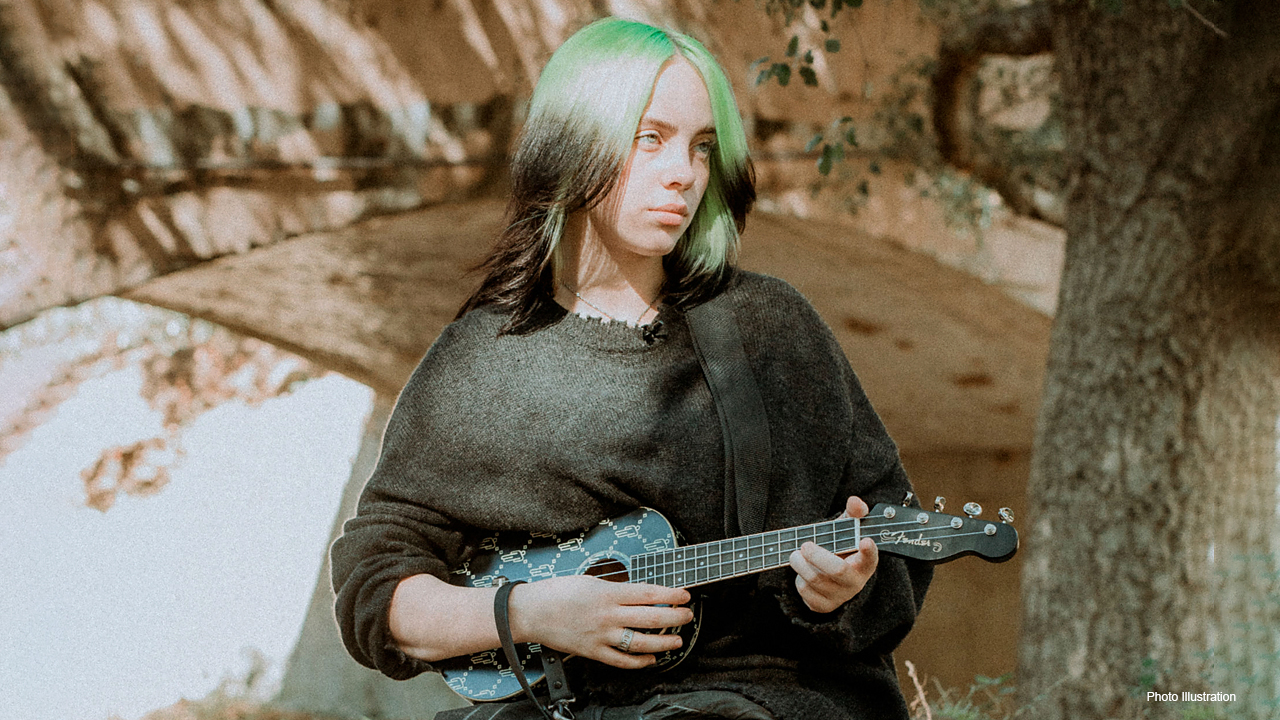 Billie Eilish is teaming up with Fender on a signature ukulele with all the bells and whistles a strummer would need, including a built-in Fishman Kula preamplifier.

The paint scheme on the ukulele will also include the five-time Grammy-winner’s “blohsh” logo and the stage-ready four-string instrument can be had for $299.99, Billboard reported on Tuesday citing a press release from Fender.

"As soon as she burst onto the scene with her 2015 single 'Ocean Eyes,' it was clear that Billie Eilish is a force to be reckoned with," reads a statement. "In the years since, she has established herself as a new kind of pop culture icon, taking the fashion and music industries by storm on her own terms.”

Billie Eilish has landed a deal with Fender on a signature ukulele. (Fender Press)

Eilish said she knew how to play 20 songs after learning just three chords.

"It used to be where I could write everything ... because it's simple,” she said in the promo video. “And I think the ukulele brings a different feeling to every single ... it inspires a different kind of writing. I feel like different instruments always make me write differently."

The ukulele is made with Sapele wood at the top, back and sides and is painted in a matte finish.

"Basically, the rules of ukulele are if you know three chords, you know every song ever," added Eilish.