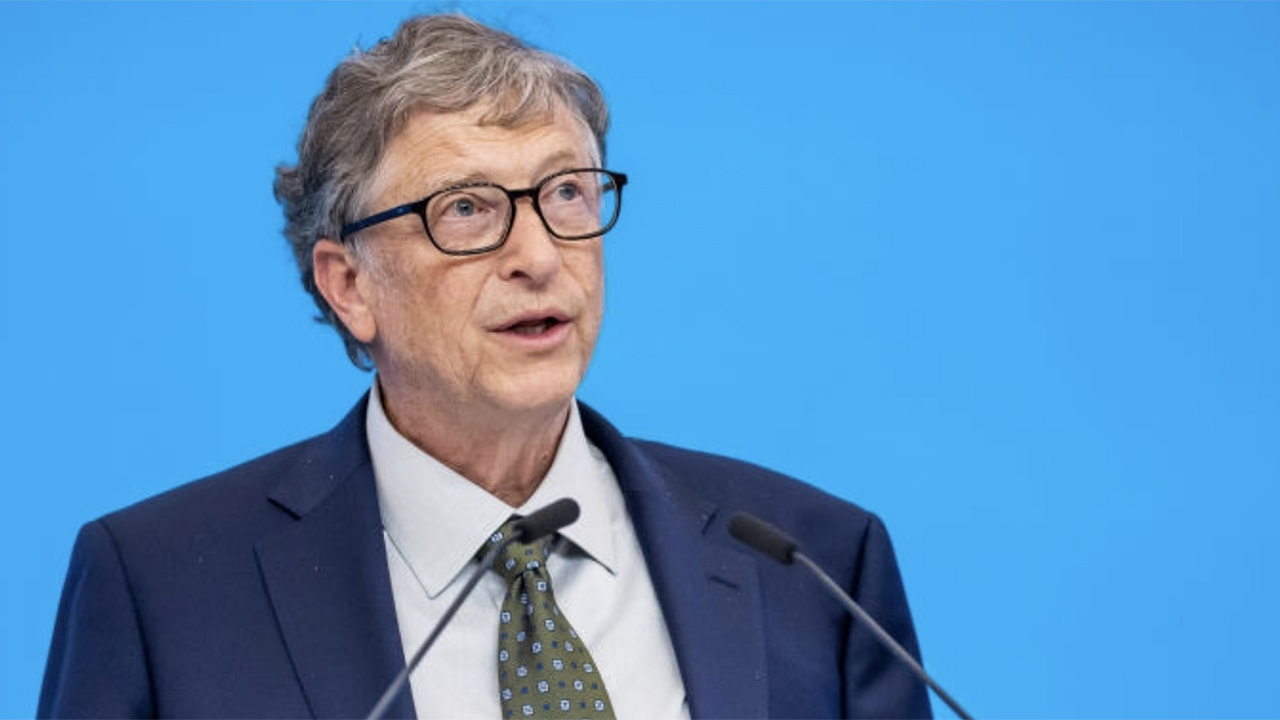 As Bill Gates' divorce from wife Melinda Gates seemingly gets messier, a new clip of the tech giant has resurfaced.

In a brief video shared on social media by parody and meme account Middle Class Fancy, Gates would be seen awkwardly dancing on a stage with several other men, including Steve Ballmer, former Microsoft CEO.

The group of men energetically jump around to "Start Me Up" by the Rolling Stones.

While most of the other men are seen enjoying themselves, Gates seems to feel the opposite as he bobs around the stage and claps off the beat.

"Billy G and the boys meeting up at Chili's after the divorce is final," read the text over the video.

A clip of Bill Gates dancing awkwardly on stage has resurfaced following news of his divorce. (Middle Class Fancy / Instagram)

Followers took to the comments to poke fun at Gates.

"The amount of offbeat clapping in this video," said another.

A third compared him to an iconic television character, writing: "That last look from Billy G was straight Barney Fife."

Added a fourth, "Is this a Kohl’s commercial?"

The Gates family announced their divorce on Monday after 27 years of marriage.

"After a great deal of thought and a lot of work on our relationship, we have made the decision to end our marriage," the pair said in a statement. "We ask for space and privacy for our family as we begin to navigate this new life."

They said they intended to continue to work together on the foundation and still held a shared belief in the mission of helping people across the world. The foundation focuses on improving health outcomes and lifting people out of poverty.

The divorce has become shrouded in drama somewhat unexpectedly, as there are rumors of a workplace romance between Zhe ‘Shelly’ Wang, interpreter for the Bill & Melinda Gates Foundation, and Gates himself has been known to vacation with an ex during his marriage.