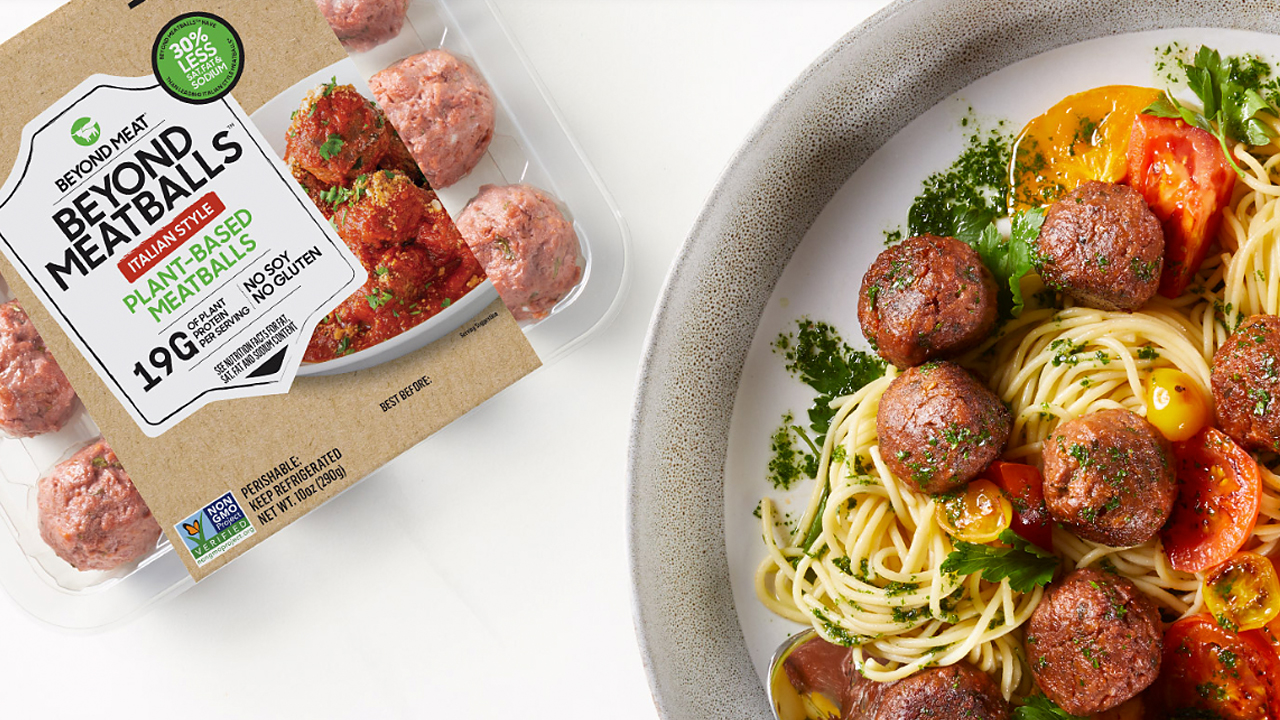 A new meatball set to appear in grocery stores across the U.S. starting this week doesn’t contain any meat at all.

The faux meatballs are seasoned with a blend of Italian spices and come pre-rolled and ready to cook, according to the company. They are made from a protein derived from peas and brown rice and contain no GMOs, soy, gluten or synthetic ingredients and contain 30% less saturated fat and sodium than “a leading brand” of traditional meatballs.

Beyond Meatballs will be available in the fresh meat section at stores including Whole Foods Market, Stop & Shop, Sprouts, Harris Teeter, Kroger and Albertsons across the country by early October, according to Beyond Meat. A 12-pack will sell for a suggested $6.99.

Beyond Meat is rolling out its new Beyond Meatballs at grocery stores across the U.S. (Beyond Meat)

This is the third new retail product Beyond Meat has rolled out in 2020, including its Beyond Breakfast Sausage and Cookout Classic burger pack.

Subway said it would sell Beyond Meat meatball subs at hundreds of restaurants last year. (iStock)

Foodies in New York City and Los Angeles will be able to get a first taste Wednesday at pop-up restaurants. The takeout-only eateries will serve a free Beyond Meatball hero or spaghetti with Beyond Meatballs to diners who make reservations online.