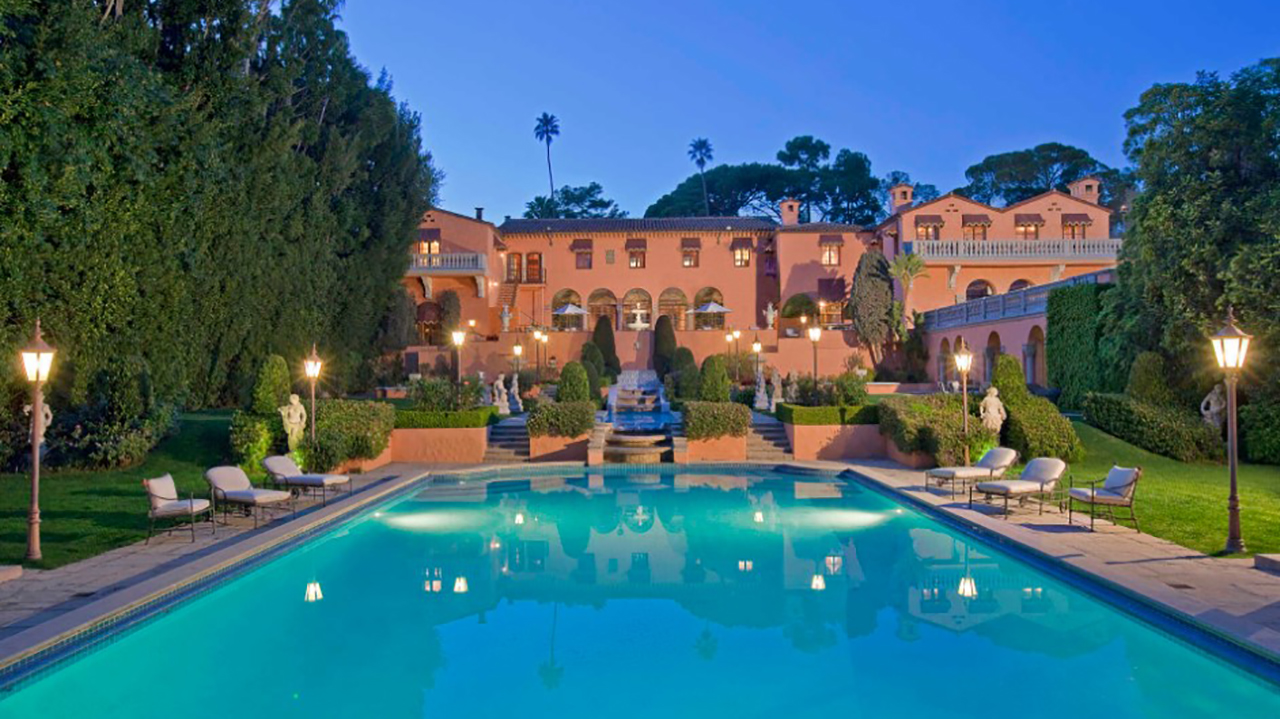 A Beverly Hills mansion once owned by newspaper mogul William Randolph Hearst and Hollywood star Marion Davies has been listed for $119 million.

The home, dubbed the Beverly House, is also known for appearing in the films "The Godfather" and "The Bodyguard."

According to the property's online listing, the 18 bed, 25 bath property is situated on about 3.5 acres.

Of the 25 bathrooms, 22 are full while the remaining 3 are half-baths.

Additionally, the home contains a two-story library, a formal living room with a hand-painted ceiling resting at 22 feet and a billiards room featuring an "intricate ceiling fan and fireplace both from the Hearst Castle."

The Hearst Castle is a famed historical landmark in California conceived by Hearst.

Also included in the property is the main level hallway stretching over 82 feet and another hallway upstairs that's 102 feet in length, as well as an addition made to the home in 1995.

"A destination on Jacqueline and John F. Kennedy's honeymoon and the West Coast Presidential Election Headquarters for JFK, The Beverly House is anchored in American legend," the Zillow listing says.

LENA DUNHAM LISTS HOME ONCE OWNED BY 'BREAKFAST AT TIFFANY'S' STAR FOR $2.8M

The listing also states that there is a private pool and a spa included, as well as a guest house.

The property was once owned by William Randolph Hearst and Marion Davies. (Simon Berlyn)

Additionally, an online listing from the property's listing agent says that features such as, "[a] lighted tennis court, two projection/screening rooms, a commercial grade kitchen, terraces to accommodate 400 or more guests for a seated dinner and grounds to accommodate more than 1,000 people," are also included.

The home was designed by Gordon Kaufmann and built in 1927.

The Independent also reports that the mansion was featured in Beyoncé's "Black Is King" on Disney+ as well.