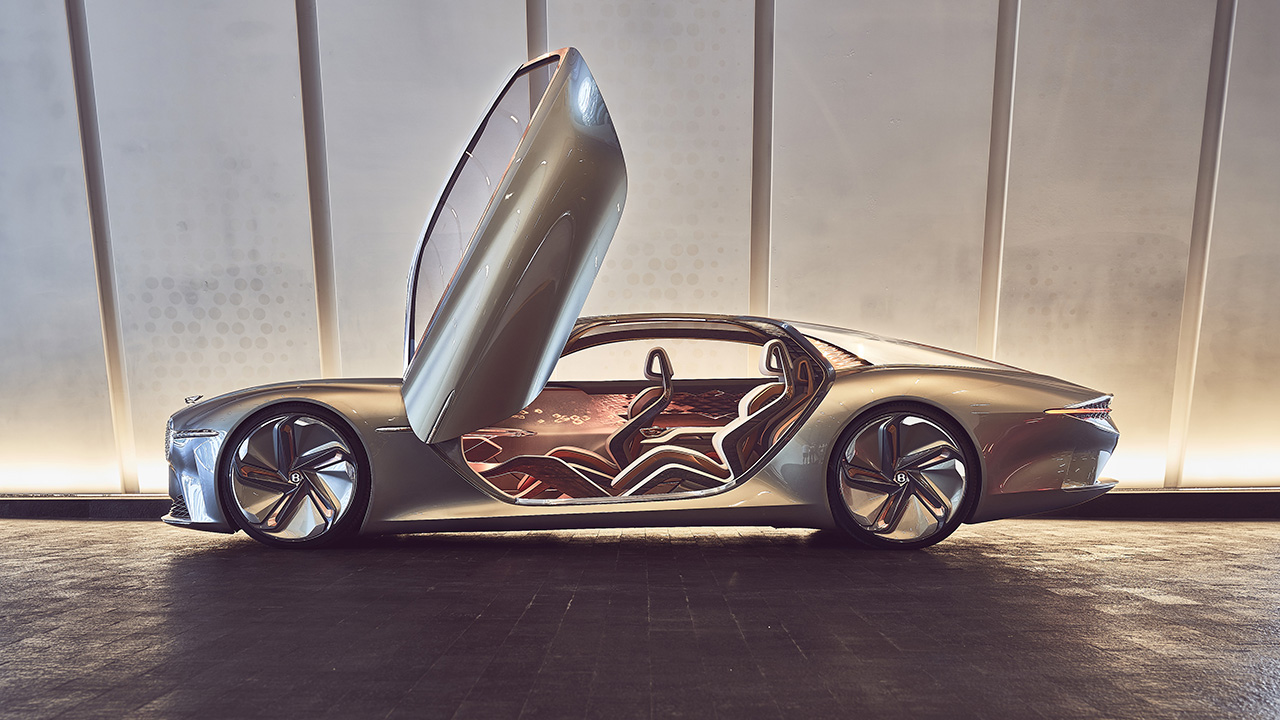 The VW Group-owned brand has announced that its lineup will be entirely battery-powered by 2030.

Bentley unveiled the electric EXP 100 concept to celebrate its centenary in 2019. (Bentley)

The automaker, known for its powerful V8 and 12-cylinder engines, recently launched its first plug-in hybrid model. The roughly $160,000 Bentayga Hybrid SUV pairs a turbocharged six-cylinder engine with an electric motor and can go 18 miles on battery power alone.

The transition will come in steps, will all Bentley models offering a hybrid option by 2023 and its first pure-electric vehicle arriving in 2025. By 2026, every car in the lineup will be either a plug-in hybrid or electric and the pistons will stop pumping for good in 2030.

The plan differs from rival Rolls-Royce’s, which Automotive News reported is planning to skip hybrids and introduce an all-electric model sometime in the next decade as it continues to offer models with internal combustion engines. A company spokesperson told the news outlet that its customers aren’t demanding an electric car, but that the decision is driven by proposed zero-emissions mandates in some cities and countries.

Bentley has not revealed what form its first electric car will take, but last year unveiled a dramatic battery-powered and autonomous scissors-door coupe concept called the EXP 100 to celebrate the company’s centenary.