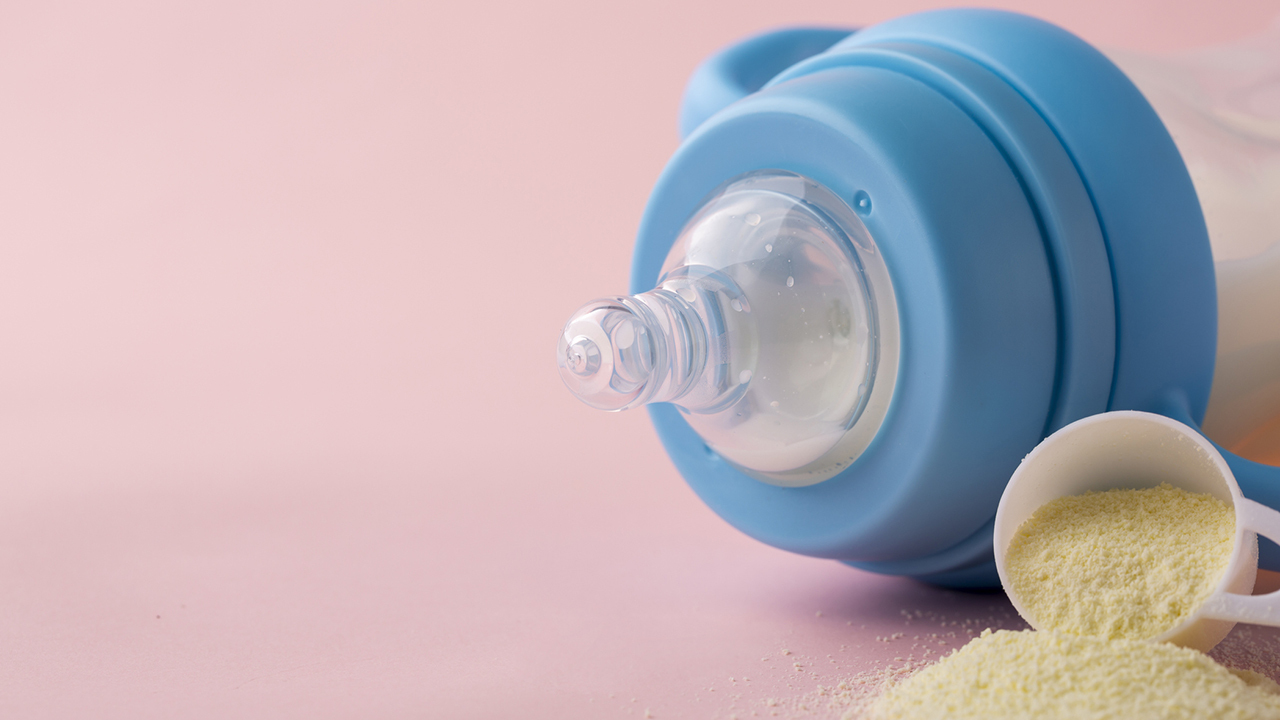 The baby formula shortage has become an ongoing crisis as parents continue hunting for products nationwide.

The U.S. Food and Drug Administration announced it will take "important steps" to remedy the country's formula supply chain after American parents and pediatricians made their concerns known about the current formula shortage.

"We recognize that many consumers have been unable to access infant formula and critical medical foods they are accustomed to using and are frustrated by their inability to do so," said FDA Commissioner Robert M. Califf, on Tuesday, May 10. "We are doing everything in our power to ensure there is adequate product available where and when they need it."

The worrisome shortage stems in part from a formula recall and pandemic-related production strains.

Here's a by-the-numbers breakdown on the milk substitute market.

1 – Parents can stop feeding baby formula to infants after they’ve reached the one-year mark, according to the Centers for Disease Control and Prevention's (CDC) nutrition guidelines.

CAN YOU USE EXPIRED BABY FORMULA?

8 to 12 – Baby formula reliant newborns should be fed one to two ounces of formula "8 to 12 times in 24 hours" in the first days of life, the CDC’s nutrition guidelines state. As babies get older, they can be fed formula "about every 3 to 4 hours" until the five-month mark. From six to 12 months, formula feedings can decrease to "about 5 to 6 times in 24 hours," the CDC says.

Baby formula is a breast milk replacement for infants. The industry became commercialized more than 150 years ago. (Paulo Sousa / EyeEm)

19 – Baby formula was invented in the 19th century. Nutrition scientists noted a rise in infant mortality after "dry nursing" – feeding animal milk to babies – grew in popularity, according to Contemporary Pediatrics, an Ohio-based journal that publishes peer-reviewed articles and clinical studies.

In 1838, German physician Johann Franz Simon analyzed human and cow milk, and he found that the latter had a "higher protein content and a lower carbohydrate content." From that chemical breakdown German chemist Justus von Liebig developed the world’s first commercial baby formula – Liebig's Soluble Infant Food – in 1967, which was made from wheat flour, cow's milk, malt flour and potassium bicarbonate.

29 – The FDA requires baby formula manufacturers to meet certain nutrient specifications in order to be sold in the U.S. The required specs include "minimum amounts for 29 nutrients," according to a consumer Q&A published by the FDA. Nine of those nutrients have "maximum amounts" assigned to them.

$5.81 billion – The infant formula market is expected to reach $5.81 billion in America by the year 2027, according to Allied Market Research (AMR), a global market research firm based in Portland, Oregon. AMR released its report, "U.S. Baby Infant Formula Market" in 2021, citing that the increase of women in the workforce and "high nutritional content" of formula as the factors driving market growth.

$50.46 billion – In 2019, the global baby formula market size was valued at $50.46 billion, according to a market research report published by Fortune Business Insights – a global market study and consulting company based in Pune, India.

The CDC says babies can be fed formula until they reach the one-year mark. (iStock)