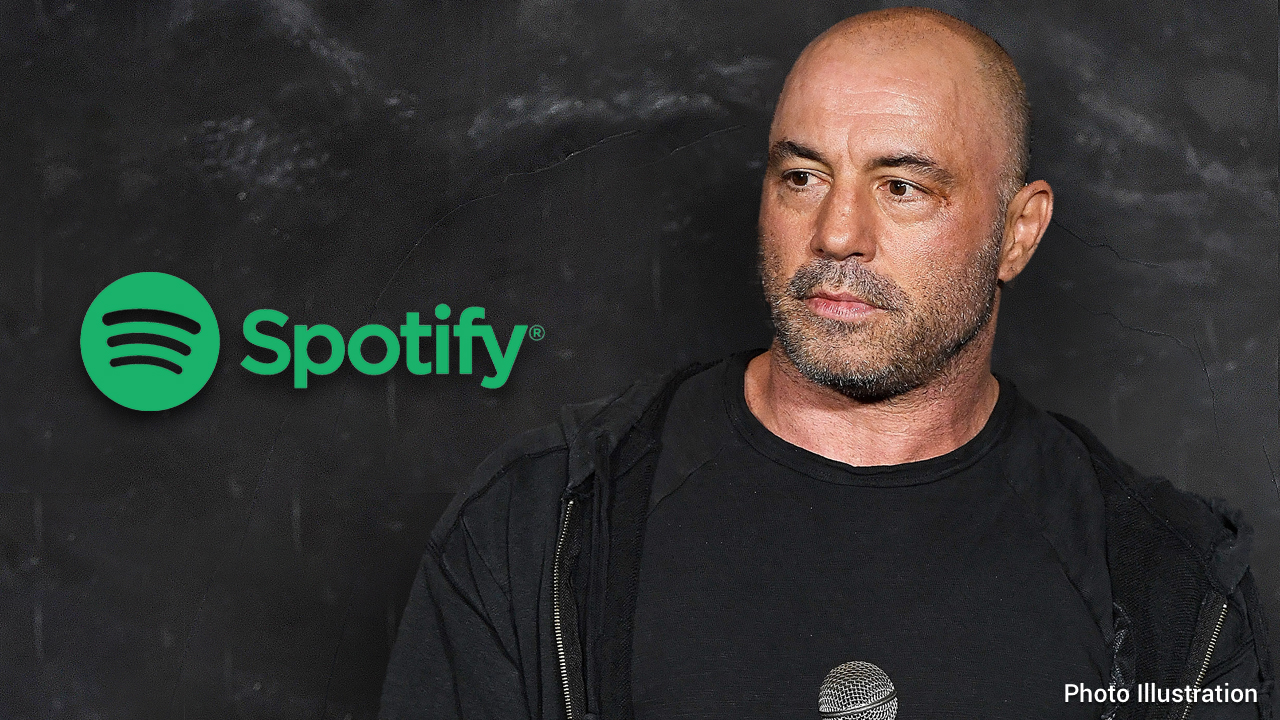 Spotify is trying to meet the mob in the middle: Emily Compagno

Joe Rogan's COVID-related content in his podcast exclusive to Spotify has caused a bit of a mess for the streamer.

In recent weeks, a handful of notable artists have pulled their music from the streaming juggernaut, blaming Spotify for spreading false information about coronavirus via the podcast.

The ordeal began when Neil Young pulled his catalog, which has prompted a few other well-recognized acts to do the same.

In response, Rogan promised to "do my best, in the future, to balance things out," while Spotify said it would add content advisories to podcast episodes with information about COVID-19.

Several musicians have pulled their music from Spotify in protest to the content shared in Joe Rogan's podcast exclusive to the streamer. (Photo by Michael S. Schwartz/Getty Images / Getty Images)

The streamer previously said that it had removed over 20,000 podcasts discussing coronavirus since the beginning of the pandemic due to its detailed content policies.

As the saga continues to unfold, here's a look at the artists that have removed their music from Spotify in response to Rogan's content.

‘Ohio’ singer Neil Young was the first to pull his catalog. He has released over 50 albums in his career. (Rebecca Cabage/Invision/AP / AP Newsroom)

Spearheading the charge is the iconic folk singer-songwriter Neil Young.

The "Ohio" singer, 76, removed his music from the platform last week, writing in an online statement at the time: "They can have Rogan or Young. Not both."

Young is known for hits like "Harvest Moon," "Heart of Gold," "Cinnamon Girl" and more. He's wracked up a total of 27 Grammy nominations, winning two.

"Harvest Moon" was his No. 1 on the famed Billboard Hot 100 chart back in 1972, while the artist has seen 10 other songs spend time on the same chart.

According to Celebrity Net Worth (CNW) — which puts the Rocker's value at an estimated $200 million — he's estimated to have sold over 75 million records since beginning his career in the 1960s.

As of publication, Young still boasts well over six million monthly listeners on Spotify. He has released over 50 albums including live recordings, soundtracks and compilations.

Joni Mitchell, who has released 19 studio albums in addition to several live and compilation albums, pulled her music from Spotify as well. (Photo by Jesse Grant/Getty Images for NAMM / Getty Images)

Known as one of America's greatest female singer-songwriters, Joni Mitchell followed her fellow folk star's lead and pulled her music from Spotify over COVID-19 information.

Mitchell, 78, is perhaps best known for the song "River," which comes from her iconic 1971 record "Blue," which also features the hits "A Case of You" and "California."

Furthermore, the songstress is celebrated for tunes like "Both Sides Now" and "Big Yellow Taxi."

Mitchell has released 19 studio albums alone since kick-starting her career in the 1960s. She earned a total of 17 Grammy nominations, winning eight.

Mitchell's "Help Me" peaked at No. 7 on the Billboard Hot 100 in 1974, marking her highest ranking on the chart. Eight others charted there as well, though below the top 10.

She's also sold over 7 million records in America alone and has an estimated net worth of $100 million, per CNW. She currently has 3.7 million monthly listeners on Spotify.

Rocker and instrumentalist Nils Lofgren was the third notable artist to pull their music from Spotify, following in the footsteps of Young, his Crazy Horse bandmate.

In addition to his work in Crazy Horse, Lofgren had a successful solo career, creating popular tunes like "You Lit a Fire" and the title track of his 1976 album "Cry Tough."

He is also known as a member of Bruce Springsteen's E Street Band, having been brought in as a guitarist and vocalist to replace Stevie Van Zandt when he left to pursue a solo career.

CNW estimates that Lofgren's net worth sits around $20 million.

Graham Nash, known for contributing to supergroups like Crusby, Stills, Nash & Young, has pulled his music from Spotify over Rogan's content as well. (Photo by Jamie McCarthy/Getty Images for Tribeca Festival / Getty Images)

Young's Crosby, Stills, Nash & Young bandmate Graham Nash followed suit a few days later, sharing in a statement that he "completely" agrees with Neil, and requested that his solo music be pulled from the streamer.

Nash, 79, has earned a total of eight Grammy nominations, winning one. Over the course of his career, the musician has released six solo records in addition to his contributions to other bands and groups.

His solo music has half a million monthly listeners on Spotify, and CNW puts his net worth at an estimated $30 million.

R&B star India Arie said that she also has problems with Rogan's ‘language around race’ when she pulled her music from the platform. (Photo by David Crotty/Patrick McMullan via Getty Images / Getty Images)

R&B star India Arie was the first major artist outside of the rock genre to pull tunes from the platform.

The star said on Instagram that she also takes issue with Rogan's other content beyond his coronavirus coverage, specifically pointing out the comedian's "language around race."

Often stylizing her name as "India.Arie," the singer has earned 23 Grammy nominations, winning four. Her most recent win came in 2011.

Since kicking off her career in the late 1990s, Arie has released seven studio albums. According to CNW, she is worth an estimated $4.5 million, and she currently has 1.3 million monthly listeners on Spotify.

David Crosby requested that his solo music, and the music he made with various supergroups, be removed from Spotify. (Photo by Frazer Harrison/Getty Images for The Recording Academy / Getty Images)

The saga continued on Feb. 2 when Young and Nash's bandmates from Crosby, Stills, Nash & Young requested their music be pulled as well.

Among them was rock legend David Crosby, whose solo career included hits in the form of "Hero," "Laughing" and "Cowboy Movie." He released an album called "For Free" in July 2021.

Over the course of his career, Crosby has been nominated for 10 Grammys, winning 1. CNW puts his net worth at about $10 million.

Stills requested his music be pulled alongside Crosby in the days following Nash and Young doing the same.

Though best known for his work in various supergroups, Stills found success on his own as well with songs like "Love the One You're With," "Treetop Flyer" and "Johnny's Garden."

Supergroup Crosby, Stills & Nash is known for songs like "Southern Cross" and "Wasted on the Way," while Crosby, Stills, Nash & Young were known for the songs "Teach Your Children" and "Ohio."

Stills has won a Grammy Award, having earned eight total nominations. His solo music on Spotify has 400,000 monthly listeners, and CNW puts his net worth at about $30 million.