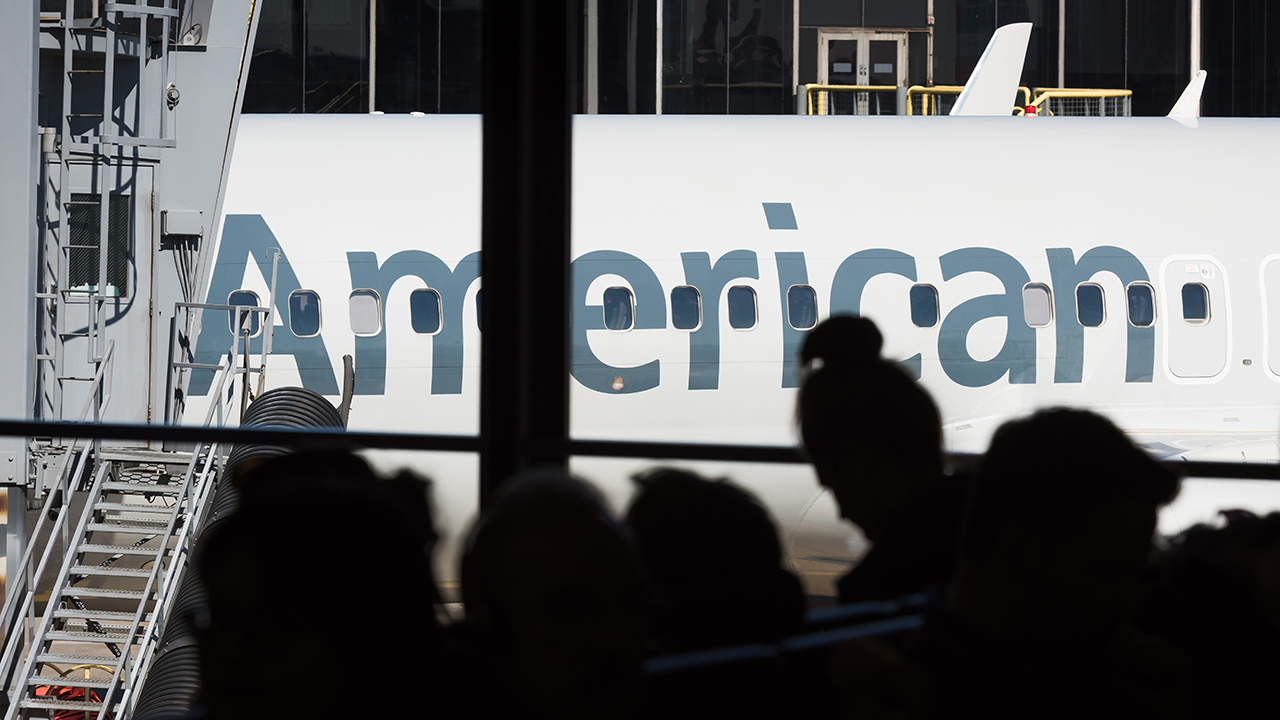 An American Airlines flight attendant based in Boston said the airline blocked her from using a face shield on top of a face mask while serving customers on a flight during the coronavirus pandemic, according to a Facebook post.

AMERICAN AIRLINES SAYS TO CUT MANAGEMENT AND SUPPORT STAFF BY 30%

The attendant, Dede Marie, posted about her experience on social media, saying she bought the face shield after discovering that a passenger on one of her flight assignments had tested positive for COVID-19. Marie said a Boston flight service manager approached her on May 16 after he heard other flight attendants comment on her use of the shield and told her it is "is not part of the uniform.

"I told him seeing how I was once potentially exposed to someone infected on a flight (conveniently told over 2 weeks later) that I wanted to do anything and everything in my power to protect myself and others – especially if someone has a condition where they can’t wear a mask," Marie wrote.

Marie said the FSM who told her that face shields are not "part of the uniform" took his concerns to the airline's Boston base manager, who approached Marie after one of her flights and told her that shields do not meet American Airline's "image standards" and "makes the customers feel uncomfortable."

"To be told I can’t be wearing a face shield in uniform as it is not part of image standards during a pandemic is unreal," Marie wrote. "She went along to tell me, 'It makes the customers feel uncomfortable.' She belittled me and said I must feel very unsafe to have to wear it and that I should take a leave."

An American Airlines spokesperson told FOX Business that the Centers for Disease Control and Prevention does not require face shields, and the airline has put other protective measures in place to keep customers and employees safe.

"The CDC does not recommend using a face shield along with a face covering," the spokesperson said in a statement. "We’ll continue to study this issue, but our current standard is for flight crews to wear face coverings and to follow other important procedures such as frequent hand-washing as the most effective ways to stay safe."

Inside view of commercial airplane / iStock

“Our primary focus has been and will continue to be the safety of our Flight Attendants and passengers. Face-coverings are now a requirement for both crew and passengers, and cabin sanitization procedures have been enhanced. This is not enough," Hartshorn said. "We will continue our push on Capitol Hill to bring together regulatory agencies, public health experts, and aviation stakeholders to develop science-based, federally mandated safety procedures to limit the transmission of COVID-19 and ensure safety and consistency across the aviation industry."

U.S. airlines have taken a major hit since the start of the pandemic, and while air travel is resuming after months of slow activity, industry experts say it may take years for airlines to return to turn a profit. A number of major U.S. airlines have put new safety measures and technology in place to limit person-to-person contact as more people start traveling.