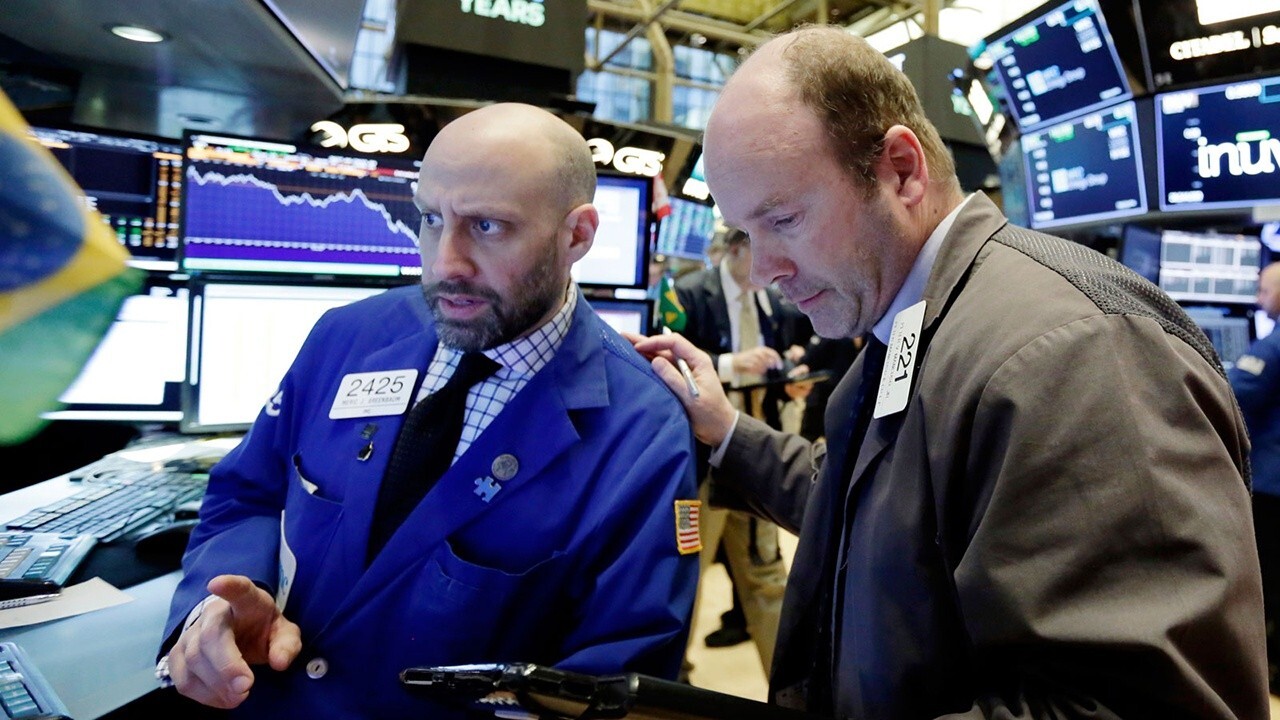 A group of Amazon workers in New York are planning to file for a union election with the National Labor Relations Board's Region 29 Brooklyn office on Monday at 2 p.m. ET.

The Amazon Labor Union (ALU), which has been organizing over the past six months at the e-commerce giant's JFK8 facility in Staten Island and surrounding LDJ5, DYY6, and DYX2 facilities, has grown to approximately 2,000 workers.

According to the ALU's website, the organizing effort started following the termination of former Amazon process assistant Chris Smalls, who organized a walkout at JFK8 to protest unsafe working conditions during the COVID-19 pandemic. On Sunday, the ALU's workers committee democratically ratified its constitution and elected Smalls as the union's president.

People protest in support of the unionizing efforts of the Alabama Amazon workers, in Los Angeles, March 22, 2021.  (REUTERS/Lucy Nichols)

Smalls told FOX Business that ALU is demanding everything from higher wages, more paid time off and longer breaks to safer working conditions and better paid medical leave options. He noted that multiple videos he's posted have shown injured workers taken away on stretchers. In addition, he claimed Amazon has started cutting employees' breaks by five minutes and that $15 per hour is "just not cutting it anymore" for a sustainable wage in the New York area.

"I've known some of these workers for three, four, five years. They're my lead organizers and it's been working in our favor," he said. "I think the workers solidarity that we've built and the relationships that we've built over the last several months has been working and is trending in the right direction. So we decided to go now."

The effort comes after an Amazon facility in Bessemar, Alabama, held the first union election vote in the e-commerce giant's history. However, the facility's approximately 5,800 workers voted overwhelmingly against the move.

"We went down there, some of the organizers and myself, you know, we saw some of the missed opportunities," Smalls said. "And we felt that we could try here in New York."

Union leaders are joined by community group representatives, elected officials and social activists for a rally in support of unionization efforts by Amazon workers in Alabama on March 21, 2021, in Los Angeles.  ((Photo by FREDERIC J. BROWN/AFP via Getty Images))

The Retail, Wholesale and Department Store Union, which led the effort in Alabama, accused Amazon of interfering with the employees’ freedom of choice and "creating an atmosphere of confusion, coercion and/or fear of reprisals," which the company has denied. In August, an NLRB official recommended that the RWDSU nullify the vote results, opening up the potential for a second vote.

Smalls claims that Amazon has already started to engage in similar behavior in New York.

"They brought the same union busting firm from Alabama up here to Staten Island months ago. They got them walking around the building. They got the signs in the bathrooms, the break rooms, the TVs," he said. "They called the police on us a few times times, they called the fire department on us. They tried to spread lies and false information."

However, Smalls says ALU has a strong workers committee filled with seasoned veterans who know the ins and outs of the company and that this effort has a different energy when it comes to organizing.

"I just feel like we have the best leverage without any, you know, major backing," he said. "It's just really truly workers' power that's been beneficial in this campaign."

The group has launched a GoFundMe, which has raised $21,271 of its $25,000 goal as of Thursday morning. The funds are earmarked to cover the costs of the union's campaign, including pamphlets and literature, apparel, banners, signs, posters, and web hosting costs, and will provide funds to support workers who are terminated for union support or who are engaging in any legal proceedings against Amazon.

Amazon spokesperson Kelly Nantel told FOX Business that the company's employees have always had the choice of whether or not to join a union.

"As a company, we don’t think unions are the best answer for our employees," Nantel explained. "Every day we empower people to find ways to improve their jobs, and when they do that we want to make those changes—quickly. That type of continuous improvement is harder to do quickly and nimbly with unions in the middle."

She added that the benefits of direct relationships between managers and employees "allow every employee’s voice to be heard, not just the voices of a select few."

Amazon offers all of its employees at least $15 per hour. The company notes that roles in fulfillment and transportation can offer anywhere from $18 to $22.50 per hour. In addition, the company touts health, vision, and dental insurance benefits, a 401(k) with 50% company match, up to 20 weeks paid parental leave, and Amazon's Career Choice program, in which the company will pay full college tuition for its frontline employees.

However, Smalls argues that the $15 per hour only exists so that Amazon can say it pays better than its competitors and that the new benefits have replaced the shareholder program and monthly attendance and productivity bonuses that he received in the years following his hire in 2015, which ALU is also fighting to reinstate.

"Most of these workers still have second jobs. A majority of them on government assistance," Smalls said. "When you're working for the richest retail in the world, that shouldn't be the case. If [Jeff Bezos] is able to go, fly to space and come back to Earth and thank us, then he needs to pay us more. So that's exactly what we're going to fight for — to have a decent living wage where we can say and really believe that one job is enough."