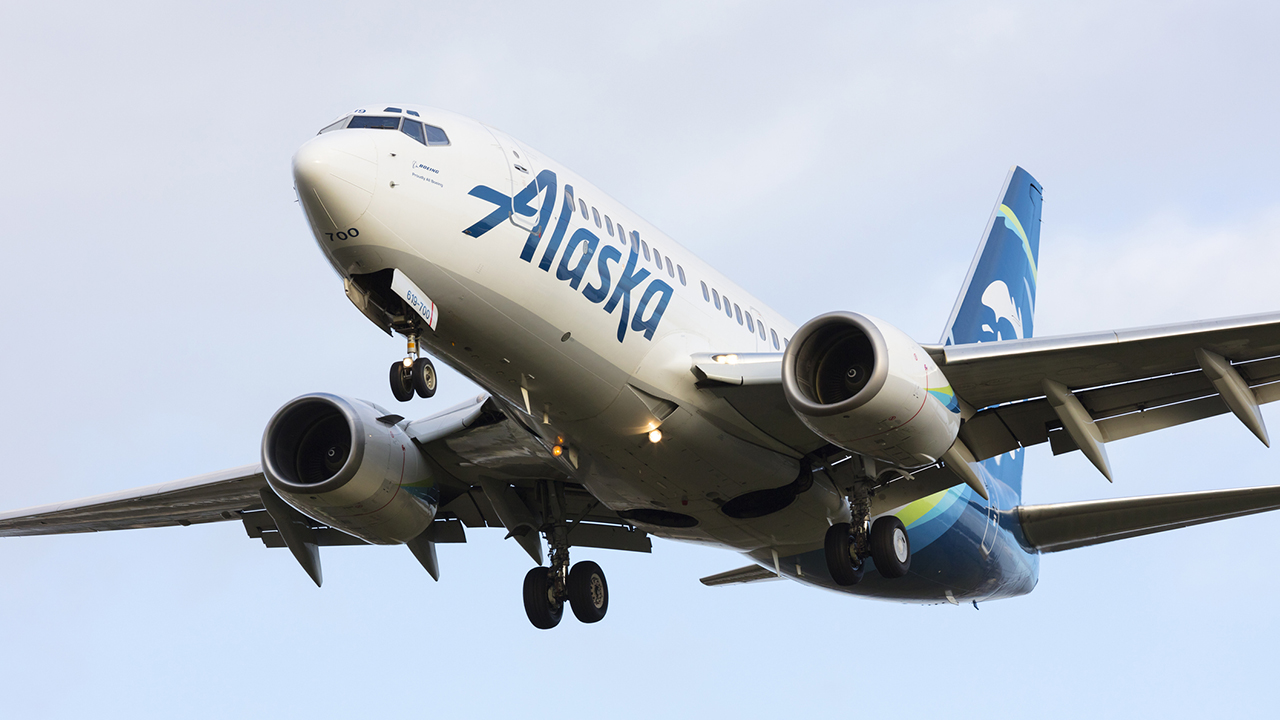 Flight Attendants Association President Sara Nelson discusses airlines facing job cuts without another stimulus package and the impact these layoffs could have on the entire country.

Alaska Airlines has announced plans to swap out some of its Airbus A320 aircraft for Boeing 737 MAX 9 jets.

The Seattle-based carrier confirmed the move on Monday, making them the first to add more Boeing 737 MAX planes to its fleet since the Federal Aviation Administration (FAA) cleared the aircraft to return to service after the MAX planes were grounded in March 2019 to deal with issues that contributed to two fatal crashes.

Specifically, Alaska Airlines will be selling 10 of its Airbus A320 models to a leasing agency known as Air Lease Corporation, and leasing 13 Boeing 737 MAX 9 planes from the same agency.

The carrier's CEO touted the 737 MAX planes as more fuel-efficient and carbon-friendly. (iStock)

Brad Tilden, the chairman and CE of Alaska Air Group, said the move will “enhance our fleet and advance our environmental, operational and financial performance.”

"We found an opportunity to sell 10 planes that are not in our long-term plans and replace them with 13 of the most efficient narrow-body aircraft available,” Tilden said in a media release, which further touted the planes as more fuel-efficient, carbon-friendly than the Airbus models.

Alaska Airlines plans to return the Boeing 737 MAX 9 planes to service in March 2021, while awaiting the rest of its orders.

The Boeing 737 MAX series planes, of which there are two models (Max 8 and Max 9), were grounded in March 2019 following the crash of an Ethiopian Airlines flight that killed 157 people. A separate Lion Air flight, also operated on a Boeing 737 Max aircraft, had crashed into the Java sea the previous October, killing 189.

At the time of the groundings, reports indicated that a problem with a new flight control automation system would point the aircraft’s nose downward, leaving pilots fighting to regain control. Last week, however, the FAA had said its employees were able to “identify and address” the problems, and will now oversee the next steps in certifying the airworthiness of the aircraft ahead of its return to service.

Other carriers, too, are in the early stages of planning to return their fleets of Boeing MAX aircraft to service. American Airlines, for instance, will be flying one flight per day on its MAX aircraft starting in late December, after which the carrier will review its plans for continued operation past Jan. 4. A rep for American Airlines had also confirmed to Fox News that passengers will be informed that their flights will operate on a MAX jet during the booking process.