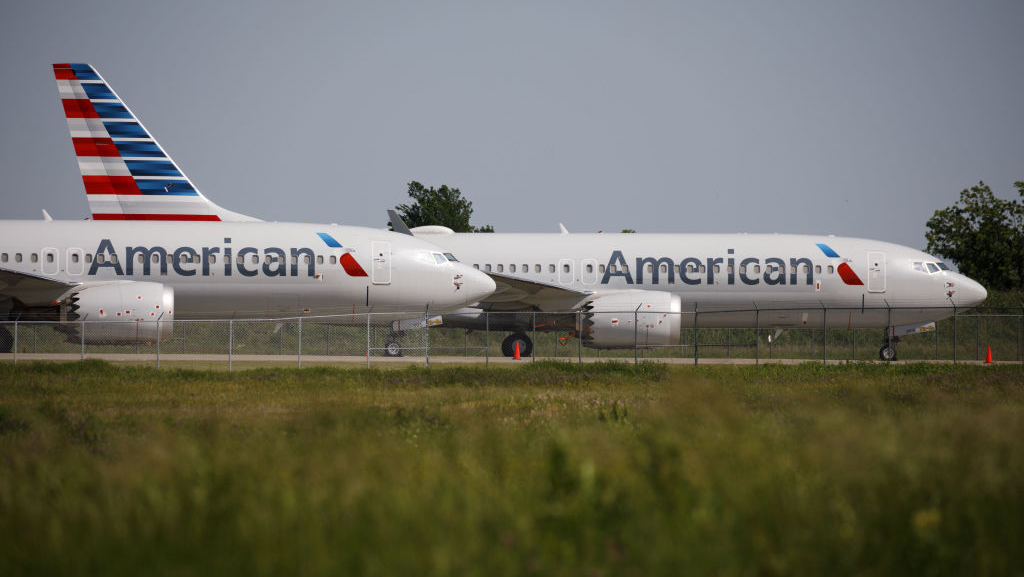 Are economic conditions for the airline industry worsening?

Association of Flight Attendants president Sara Nelson on an aid package for airlines amid the coronavirus pandemic.

American Airlines is planning to reintroduce Boeing 737 Max jets to service in late December on the condition that the FAA deems it safe to do so.

The planes, of which there are two models (Max 8 and Max 9), were grounded in March 2019 following the crash of an Ethiopian Airlines flight that killed 157 people. A separate Lion Air flight, also operated on a Boeing 737 Max aircraft, had crashed into the Java sea the previous October, killing 189.

At the time of the groundings, reports indicated that a problem with a new flight control automation system would point the aircraft’s nose downward, leading pilots to fight to regain control.

Following its investigations, the Federal Aviation Administration (FAA) is working with Boeing on recertifying the aircraft and approving its return to service, but “only after FAA safety experts are satisfied that the aircraft meets certification standards,” the FAA said in a statement obtained by Reuters.

THOUSANDS ARRIVE IN HAWAII ON FIRST DAY OF PRE-TRAVEL TESTING

In a statement shared with Fox News, American Airlines added that its plans for reintroducing the Boeing aircraft remains “highly depended on the FAA’s recertification process.”

In the event that the aircraft are approved to reenter service, American plans to operate one flight per day — from Miami International Airport to LaGuardia Airport and back — between Dec. 29 through Jan. 4, after which point the carrier will review its plans for continued operation past Jan. 4.

Customers will be able to book scheduled flights on the Boeing 737 Max jets as of Oct. 24; information regarding the type of aircraft will be made available to passengers upon booking.

“We remain in contact with the FAA and Boeing on the certification process and we’ll continue to update our plans based on when the aircraft is certified," said American.