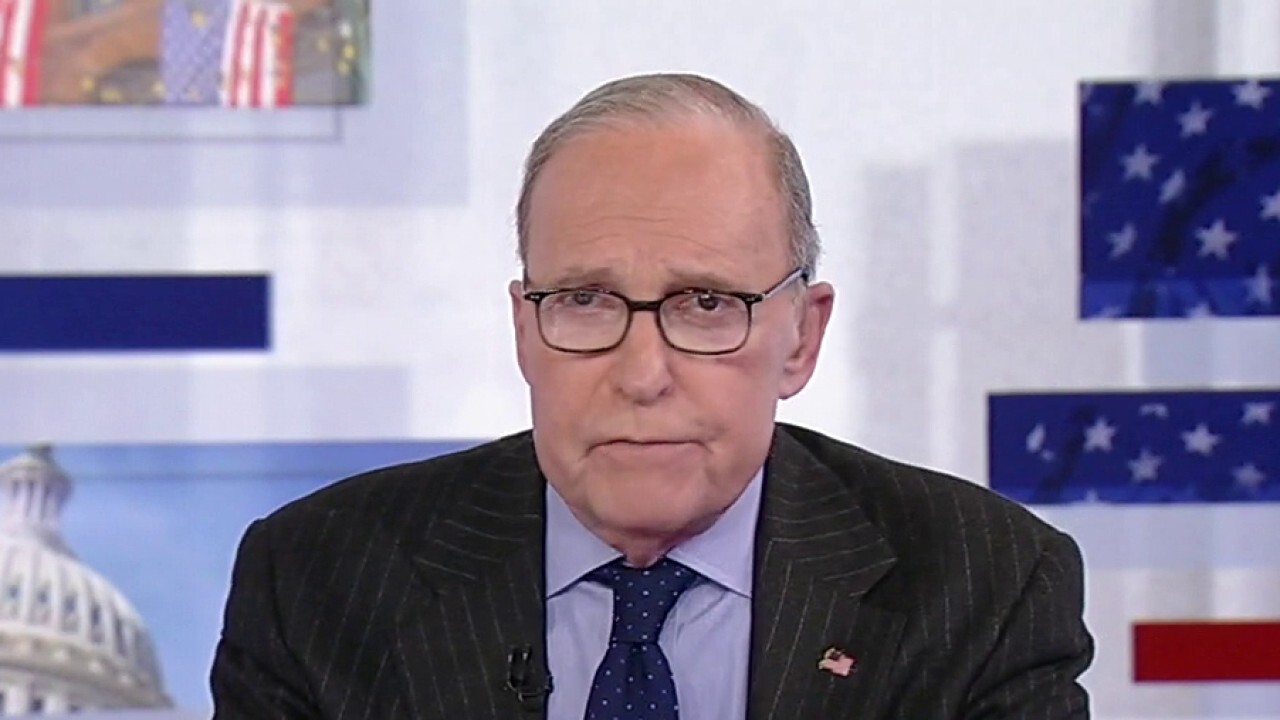 ‘Kudlow’ breaks down the Democratic policies that ‘continue to unravel.’

Just when you think Uncle Joe Biden can't fall any deeper into his own yogurt – and you know what I mean by yogurt – he does. His so-called "election takeover" speech yesterday was yet another example. Here's a bit of sound for you to chew on:

I'd say that's pretty grotesque. And for a guy who ran as a "unifier," that typifies the uber divisiveness that has characterized Joe Biden's presidency. If you disagree with me, you're a "woke, racist, White supremacist, evil, bad person." That's what he said. And as usual, Biden can't even get his facts right.

Even George Wallace toward the end of his career ran for Alabama governor and president as a pro-civil rights liberal. I don't want to defend the guy or his long racist past. I'm just saying he changed.

And I'm also just saying that as Joe Biden spreads his poison, none of his opponents or critics will ever change. Somebody should send Biden a copy of Dale Carnegie's book "How to Win Friends and Influence People." One of Carnegie's key points was "don't criticize, condemn or complain." Pretty soon we're going to have to stop calling him "Uncle Joe" and begin calling him "Charming Joe."

SENATE MINORITY LEADER MITCH MCCONNELL: Twelve months ago, the president said, "Every disagreement doesn’t have to be a cause for total war." Yesterday, he said anyone who opposes smashing the Senate and letting Democrats rewrite election law is a domestic "enemy" and a traitor like Jefferson Davis.

US BUDGET DEFICIT IN DECEMBER NARROWS SHARPLY FROM A YEAR EARLIER

Today's consumer inflation report, which shows a 7 percent price hike over the past 12 months, including 9.1 percent increase over just the past three months – on an annualized basis, it's yet another nail in the coffin of big government socialism.

Of course, this has been Joe Manchin's point for the past year. Yes, there's some pandemic-related supply shortages in that number, but the overriding cause of inflation is massive government spending which has been financed by massive Federal Reserve money printing.

And there's no end in sight. It's not about price gouging by business, it's about too much money chasing too few goods. It's about devaluing the worth of those dollars in your wallets and pocketbooks. It's also about depreciating the value of your wages and salaries.

And whether it's gasoline, or groceries, or clothing, or cars, or housing, Americans are very angry over inflation. And still, there is no clear plan from the Biden administration or Jay Powell's Fed to deal with the problem.

That's why President Biden's going to suffer another massive defeat in his economic agenda as his presidency continues to unravel.

Hate to be the bearer of bad news folks, but President Hillary is most certainly not the answer to America's problems. Save America. Kill the Bill.

And that's my Riff.