The U.S. Food and Drug Administration granted an emergency use authorization for the Pfizer-BioNTech coronavirus vaccine on Friday, signaling the start of a historic vaccination campaign less than one year after the deadly COVID-19 pandemic began.

Pfizer’s vaccine is the first to receive approval from U.S. regulators for mass distribution. Company officials said the two-shot treatment was 95% effective and showed no serious side effects during late-stage trials.

Vaccine shipments are expected to begin within hours of the FDA’s decision, with the first shots administrated shortly thereafter. The vaccine will be available in limited quantities to start, with initial doses earmarked for frontline health care workers and high-risk patients.

“The FDA’s authorization for emergency use of the first COVID-19 vaccine is a significant milestone in battling this devastating pandemic that has affected so many families in the United States and around the world,” said FDA Commissioner Stephen M. Hahn said in a statement. “Today’s action follows an open and transparent review process that included input from independent scientific and public health experts and a thorough evaluation by the agency’s career scientists to ensure this vaccine met FDA’s rigorous, scientific standards for safety, effectiveness, and manufacturing quality needed to support emergency use authorization.” 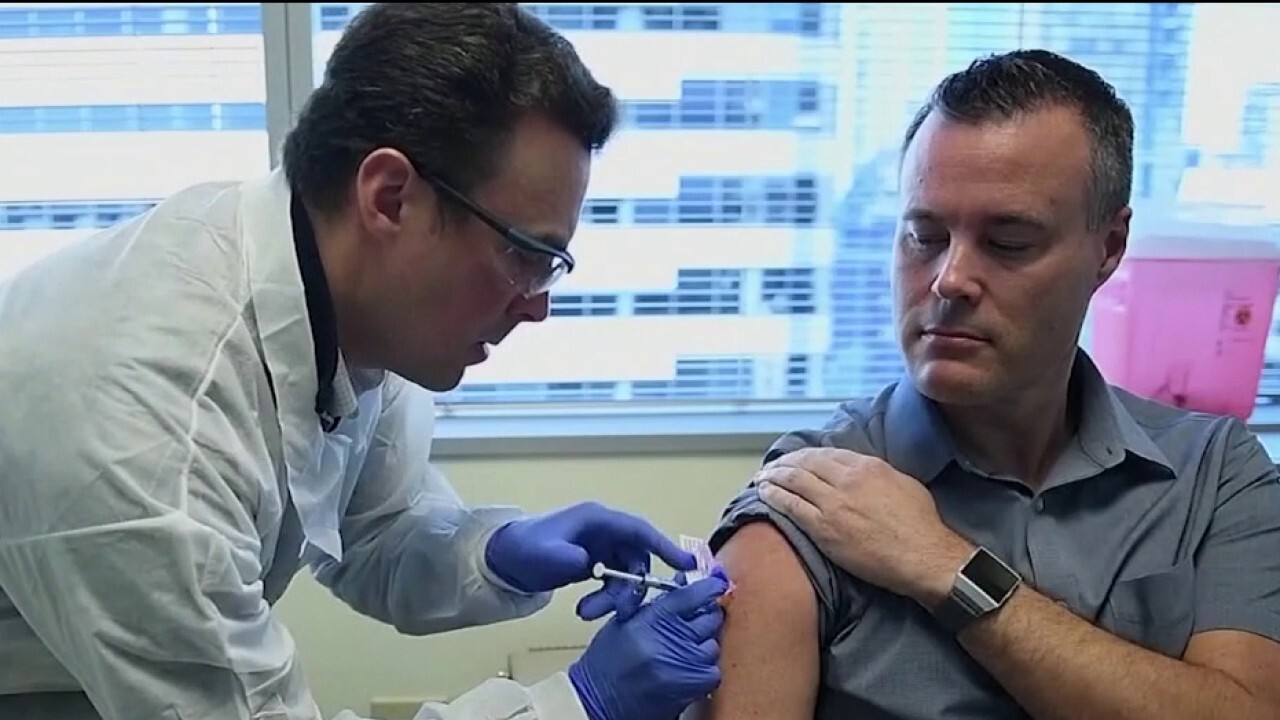 Pfizer officials said the company expects to manufacture 25 million doses of the vaccine for U.S. distribution by the end of the month.

The FDA’s decision came hours after an advisory panel comprised of outside medical experts voted 17-4 to endorse Pfizer’s vaccine for mass distribution. The panel recommended the vaccine despite concerns among some experts regarding instances of allergic reactions in some patients and a lack of available data on how the vaccine affects patients aged 16 and 17.

PFIZER'S CORONAVIRUS VACCINE: WHAT TO KNOW

Hahn denied a Washington Post report which claimed White House Chief of Staff Mark Meadows had warned him on a phone call to either approve the vaccine by the end of the day or resign.

The FDA is expected to decide whether to approve a vaccine developed by Moderna later this month. Johnson & Johnson and AstraZeneca also have vaccines in the approval pipeline.

Earlier this month, Dr. Moncef Slaoui, chief adviser for Operation Warp Speed, predicted that 100 million Americans could be vaccinated by the end of February.

More than 293,000 Americans have died from COVID-19 since the pandemic began. More than 15.7 million cases have been reported.