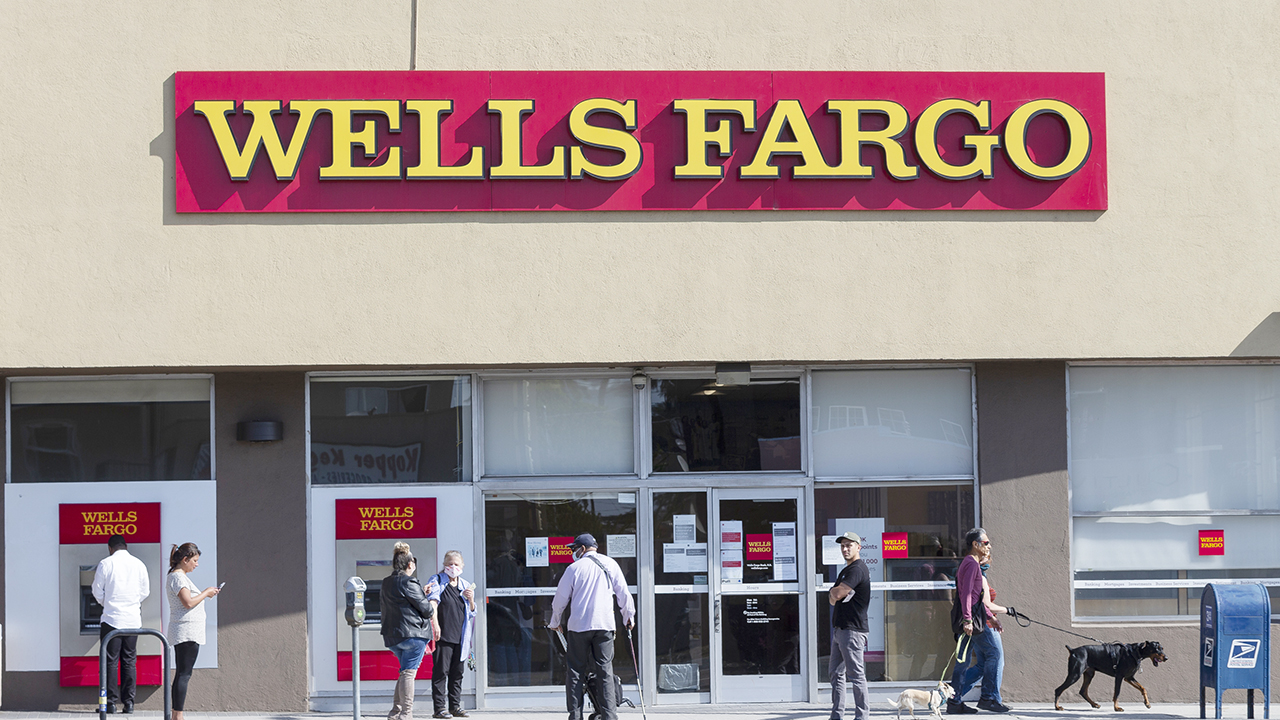 Wells Fargo & Co. is slashing costs, cutting staff and tightening up on lending to ride out the coronavirus recession. Its rivals might not be too far behind.

The fourth-largest U.S. lender entered the pandemic in worse shape than its peers. The bank is still clawing its way back from a 2016 fake-account scandal that put it on the wrong side of customers and regulators. Revenue has fallen for two years in a row, and the bank recently reported its first quarterly loss since 2008.

"We have not done what is necessary to run an efficient company," Chief Executive Charles Scharf said in a memo to employees this month.

Wells's unique mix of challenges is forcing it to cut costs first, but it might not be the last. The bank's approach to belt-tightening could offer some clues about what is to come for the rest of the industry.

Other big banks cut billions of dollars in costs and laid off thousands of employees in the wake of the last financial crisis, putting them in a better position to withstand this one. Some have pledged not to lay off employees in 2020. Whether they are forced to make cuts later on will depend on the length and severity of the recession.

Some are already trimming costs. Goldman Sachs Group Inc. has been hiring employees in cheaper states like Texas and Utah and is now weighing an expansion of its money-management arm into South Florida, people familiar with the matter said. JPMorgan Chase & Co. has tightened standards around some of its home loans. Truist Financial Corp. said it cut staff and closed branches last quarter.

Wells Fargo never substantially laid off employees after the financial crisis. Now it is entering its own lean period.

Customers, some wearing face masks, line up outside a Wells Fargo branch in the Atwater Village neighborhood of Los Angeles, during the coronavirus outbreak. (AP Photo/Damian Dovarganes, File)

Mr. Scharf said this month that Wells Fargo needed to trim at least $10 billion in annual costs to line up with its peers, a move that executives say will include layoffs in nearly every corner of the bank. Layoff counts haven't been finalized and likely won't take place all at once, but are expected to number in the tens of thousands in all, according to people familiar with the matter.

At the end of 2019, Wells Fargo had almost 260,000 employees, the most of the four largest U.S. banks, despite having the least in assets. Wells Fargo's expenses have made up a larger share of revenue than that of its rivals.

Loan losses could prove to be the biggest long-term cost to banks. The largest have collectively set aside tens of billions of dollars in preparation over the past six months. Wells Fargo has less capacity to handle defaults, as well as less flexibility to extend credit because of a cap on its asset growth set by the Federal Reserve in 2018.

As the pandemic took hold this spring, Wells Fargo was early and aggressive in tightening credit. The bank made it tougher for some homeowners to refinance large mortgages in April. It stopped accepting new applications for personal lines of credit in May. Around the same time, it cut off auto lending through the majority of its independent car-dealership clients. It said it wouldn't take new private student-loan customers for the coming academic year, starting this month.

"We're trying not to look back on this period of time and regret the loans that we made," Chief Financial Officer John Shrewsberry said on a call with reporters this month after the bank disclosed earnings. (The bank later said Mr. Shrewsberry would retire after 22 years at the bank and six years as CFO.)

Wells Fargo also has tightened standards around the new commercial loans it extends, raising the bar for making loans to even its longtime customers, people familiar with the matter said. It already has broad exposure to a swath of hard-hit industries such as oil and gas. More than a quarter of its commercial loan portfolio is in real estate, an area where the bank is already seeing higher charge-offs.

Mr. Scharf became CEO last fall with a mandate to improve the bank's standing with regulators and turn around its operations. He brought with him a strategy he used in his prior job as CEO of Bank of New York Mellon Corp., where he streamlined management, laid off employees and consolidated office space.

The bank recently hired Mike Santomassimo, one of Mr. Scharf's key lieutenants at BNY Mellon who helped carry out cost cuts. Mr. Santomassimo will take over as CFO at Wells Fargo in the fall.

Wells Fargo recently started a group tasked with ensuring that staffing decisions fulfill all regulatory requirements, according to people familiar with the matter. Major staffing decisions are being sent through that committee, though they are ultimately approved by the operating committee and board of directors.

At the bank, changes are visible in the day-to-day. Managers are being instructed to hire workers in cheaper hubs like Minneapolis and Charlotte, N.C.; a separate layer of human-resources approval is required to hire in expensive cities, like its home base of San Francisco, according to people familiar with the matter.

Mr. Scharf has said that managers must have at least seven direct reports, a change aimed at thinning the ranks of middle management, according to people familiar with the matter. If they don't meet the minimum, their employees are reassigned.

Efforts to remake the bank in part reflect the new CEO's focus on the nitty-gritty of corporate operations.

Mr. Scharf has made no secret of his disdain for the company's performance-review process. In a shift, all employees were subjected to a midyear review that assigns them a rating between one and five, people familiar with the matter said. In the past, some managers were known to copy and paste prior reviews when grading their direct reports, some of the people said.

Liz Hoffman contributed to this article.