What are the main challenges facing working moms?

The pressure on working mothers is borderline unfair, and a new poll sheds more light on that.

A poll of 1,000 working mothers, conducted by OnePoll in connection with Seraphine, found 51 percent of working mothers are concerned about returning to work at all. There were a variety of factors that contributed to this tense feeling.

One of the biggest worries for working mothers was whether they'd have enough energy to accomplish their job, and 40 percent worried they would be too tired to thrive at their job. 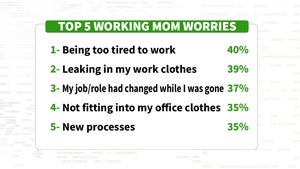 Another large fear of working mothers was breastfeeding. A third of mothers said the reason they stopped breastfeeding was that they returned to work, and 19 percent said they were pressured by their workplace to stop breastfeeding. 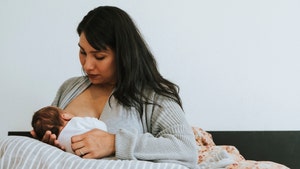 The breastfeeding-at-work concern was multifaceted, such as the fear of milk leaking through their work clothes or even having the opportunity to pump at work.

“With all the known benefits of breastfeeding, it is so important that mothers feel able to continue feeding their babies in whichever way they choose even after returning to work," a spokesperson for Seraphine said. 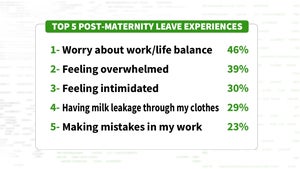 Thirty-five percent of women surveyed said they went back to work before their baby was 6 months old. Of those going back, 69 percent were excited to go back to work after their maternity leave.

The good news is 79 percent of the women polled said they returned to work and, overall, found a supportive work environment. Some even reported positive changes in their job, including nearly half being able to make their working hours more flexible and 34 percent of the moms surveyed had access to a breastfeeding room at their office.

In fact, 17 percent had childcare options at their workplace. Of those who surveyed, 65 percent thought being a working mom actually helped their job performance.

5 BEST CAREERS FOR WORKING MOMS, ACCORDING TO AN EXPERT
TRUMP PROMISES TO HELP WORKING MOMS
WHAT MOMS WANT FROM THEIR EMPLOYERS

Beyond the physical concerns of moms returning to work, there were psychological effects as well. 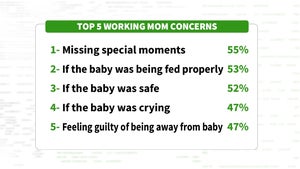 For context, women make up nearly half the U.S. workforce, with 75 percent of mothers working full-time, according to the U.S. Department of Labor.