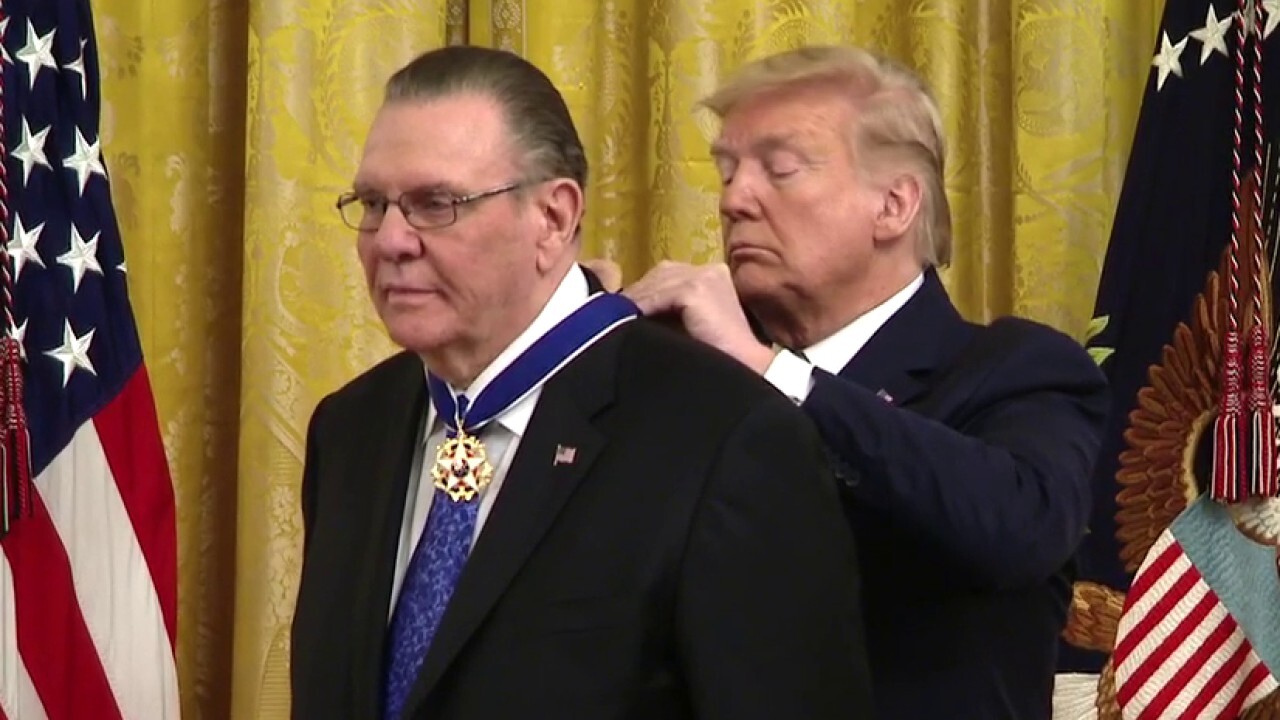 Trump described Keane as a "courageous warrior" and "fierce patriot" who is "a visionary, a brilliant strategist and an American hero." He went on to say that Keane will be remembered as "one of the finest and most dedicated soldiers in a long and storied history of the United States military."

Keane served as the vice chief of staff of the U.S. Army between June 1999 and his retirement in 2003, overseeing 1.5 million soldiers and civilians in 120 countries.

The Presidential Medal of Freedom is one of the United States' highest honors for civilian accomplishment.

Keane said he was "deeply honored" to receive the award which he described as extraordinary. He reflected on two major events that shaped him as a person, the first being the Vietnam War, which he said was the moment he "truly learned the value of human life" and that it should be treasured and protected.

“The experienced crystallized for me the critical importance of our soldiers to be properly prepared with necessary skill and the appropriate amount of will to succeed in combat," Keane added.

His second defining event was 9/11, where he witnessed the loss of 85 of his teammates at the Pentagon after terrorists crashed a hijacked jetliner into the building.

“It was personal, and I was angry, and despite having left the Army 17 years ago, I never left the 9/11 wars and America’s focus on radical Islam and what they did to us,” Keane said.

Despite the impact both events have had on Keane, he has never lost sight of his motivation: to do "whatever I can, even in a small way, to keep America and the American people safe".

Keane ended his speech by thanking Trump for building up the United States’ defense.

“What you are doing to dig us out of the deep hole that you found the military in is all about protecting America. Not just for today, but for the generation to come," Keane said.