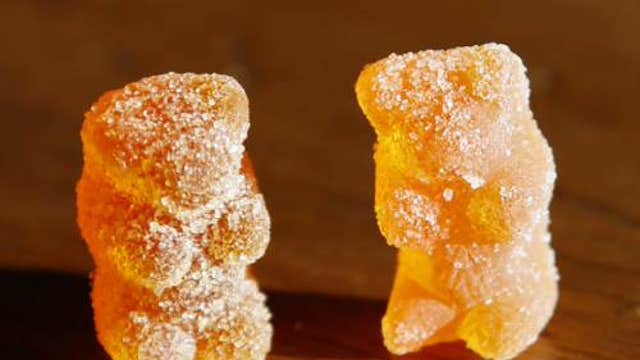 FBN’s Jeff Flock on the global sugar markets, the six-year low for sugar prices and regulations.

Expect to pay more to satisfy your sweet tooth next year.

Oreo maker Mondelez said it’s joining the already long list of food manufacturers who plan to raise their prices next year in North America in response to record-high shipping costs.

Other food giants such as Hershey Co., Nestle SA and Unilever have already announced their need to hike prices in 2019 to offset higher freight and ingredient costs.

Dirk Van de Put, chief executive for Mondelez International, said at first many retailers were reluctant to accept the increases but now they see the need.

“There has been more openness to price increases,” Van de Put told The Wall Street Journal, adding that they already raised prices on some of their brands, such as Fig Newtons, Wheat Thins and Triscuits over the summer.

While neither he nor a spokesperson for the company would elaborate on which additional brands would have further price hikes next year, he did say the new round of increases will take effect at the beginning of next year.

"This specific pricing is limited to the US and only certain biscuits, gum and candy products in our U.S. portfolio," a spokesman added.

Hershey’s responds to FDA’s warning over eating too much black licorice
Hershey’s is not just candy, here’s a new ‘healthy’ look at the company

Earlier this month, Hershey’s CEO Michele Buck announced her plans to charge more for chocolate and other candy next year and she added that both consumer spending and the strengthened economy have helped ease retailers towards the idea.

Hershey’s and other food makers have been hit by record-high shipping costs this year due to a trucking capacity shortage and rising prices for some ingredients.

Two of the world’s largest consumer goods companies, Unilever and Nestle SA, also said in addition to food items, they will charge more for some of their beauty and personal-care products because of higher oil and chemical prices.

Nestle is also raising its prices for bottled water in the U.S. to offset higher packaging and distribution costs.