This March 28, 2017 image provided by the New York State Sex Offender Registry shows Jeffrey Epstein. The wealthy financier pleaded not guilty in federal court in New York on Monday, July 8, 2019, to sex trafficking charges following his arrest over the weekend. Epstein will have to remain behind bars until his bail hearing on July 15.

Before his death by apparent suicide, Epstein's lawyers appeared at a bail hearing in mid July and said the 66 year old was ready to post as much as $100 million to get out of jail before going on trial.  Prosecutors had argued Epstein’s wealth and access gave him a “limitless” potential to flee. 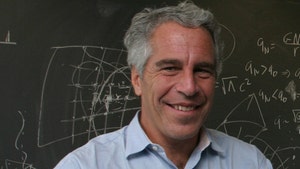 Jeffrey Epstein has a ‘limitless’ potential to flee, prosecutors list reasons why

Prosecutors believe assets including six residences, 15 cars, two private jets and even a private island give Epstein “limitless” ways to flee justice after being charged with multiple counts of child sex trafficking.

Two of his accusers testified at his bail hearing, one who said she was abused at 14 years old in Palm Beach while the other says she was 16 when it happened in New Mexico.

Federal prosecutors revealed they found a fake 1980s passport in Epstein's home with a photo of him listing a Saudi Arabia residence but under a different name. They also raised red flags about a mysterious gap in financial records.

Epstein was long referred to as a billionaire among the rich & famous circles of Palm Beach and New York, but proof of that net worth has been hard to find.