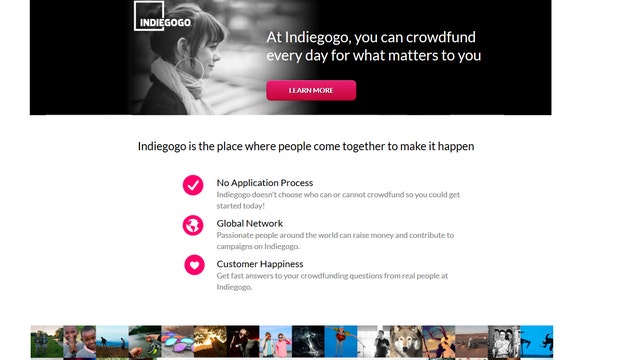 Crowdfunding platform Indiegogo has seen 1,000% increase in funds raised in the past two years, but is it just a fad?

“We launched the industry in 2008, and we’ve seen considerable growth quarter after quarter since early 2010. The reason we raised the $40 million was not because we needed the money, but to accelerate the process. Really we want to become as global as possible, as quickly as possible. We already send money to 70 to 100 countries per week, but we really think [access to capital] is going to be a completely global phenomenon,” said Rubin.

“Also, we want to make the user experience as mobile as possible,” he added.

And, Rubin told Kent he doesn’t see the crowdfunding vs. VC question as an either-or. Instead, he sees it as a baby step that leads to joining the million-dollar club.

“When you have a platform like Indiegogo, it’s totally open so anybody can raise money for absolutely any idea. We’re seeing a whole trend of companies … raise money on Indiegogo, whether it was $900,000 or $1.9m … then they follow that up with an institutional round of $10 million or $15 million. It’s really great to use Indiegogo to get that market validation, to show that people care about your product and want to pay at a certain price point,” said Rubin.

“You get a lot more data than just walking around from VC to VC saying, ‘Will you give me money?’” he said.