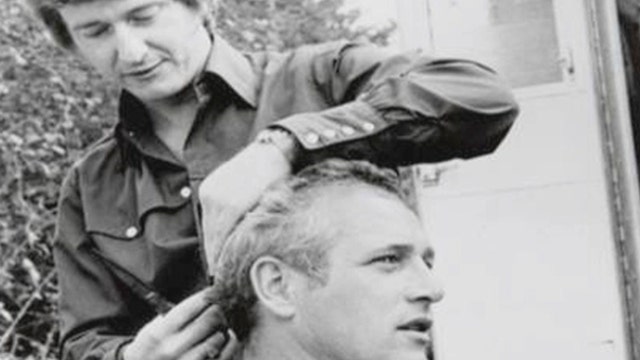 From small-time barber to CEO of hair-care empire

Today’s Salute to American Success goes to a man who pulled himself out of poverty to create a multi-million-dollar hair-care products empire, and has proven he can more than cut it in the business world.

Meet Jim Markham, founder of ColorProof Evolved Hair Care. Markham is originally from Farmington, New Mexico. He was born into poverty to a single mother. By age 15, he was already married and expecting his first child, so he dropped out of high school to get a job to support his young family.

“Early on I learned to depend on myself,” said Markham. “My destiny was in my own hands, and I was required to seek out opportunities and work extremely hard.”

Check out the Salute to American Success series on Making Money with Charles Payne, weekdays 6-7 PM/ET on the FOX Business Network.

He took a job as a barber, just to put food on the table. But as fate would have it, he was pretty darn good at it. So talented, in fact, he entered a hairdressing competition and won. He entered another one – and wouldn’t you know it, he won that one too.

Jim racked up one competition win after another, until one day he read an article about Jay Sebring – stylist to the biggest stars in Hollywood and creator of his own successful hair product line.

Jim was struck that someone could be so successful doing hair, and wanted to know Sebring’s secrets. So, taking his destiny into his own hands, he borrowed $1,000 and traveled to Hollywood to meet Sebring. Three years later, he was president of Sebring’s company and was a sought-after celebrity stylist himself – teasing the tresses of stars like Frank Sinatra, Robert Redford, Paul Newman and Steve McQueen.

After making a name for himself as a stylist, Jim took his destiny into his own hands again and entered the product ring, working with companies to develop, manufacture and distribute men’s hair-care products.

In the years that followed, Jim founded a string of successful hair care companies including Markham Products, ABBA Pure & Natural, and Pureology – which he sold to L’Oreal in 2007. That same year, Jim was inducted into the North American Hairstyling Awards Hall of Leaders and was the recipient of the Ernst & Young Consumer Products Entrepreneur of the Year.

After selling Pureology, Jim thought he would retire, but that didn’t last long.

“Opportunities always presented themselves, and I couldn’t turn them down,” said Markham. “I occasionally considered retiring, but my love of beauty kept bringing me back.”

So he created ColorProof, a line of professional luxury products designed exclusively for color-treated hair with formulas that combine the latest innovations in technology with best-in-class ingredients. According to Markham, ColorProof is on track to do $14 million in revenues this year, and is projected to be a $100 million company in six years.

“I’m persistent, focused, and I refuse to lose. Never let your past hold you up,” said Markham. “With dedication and hard work, any dream can be realized.”