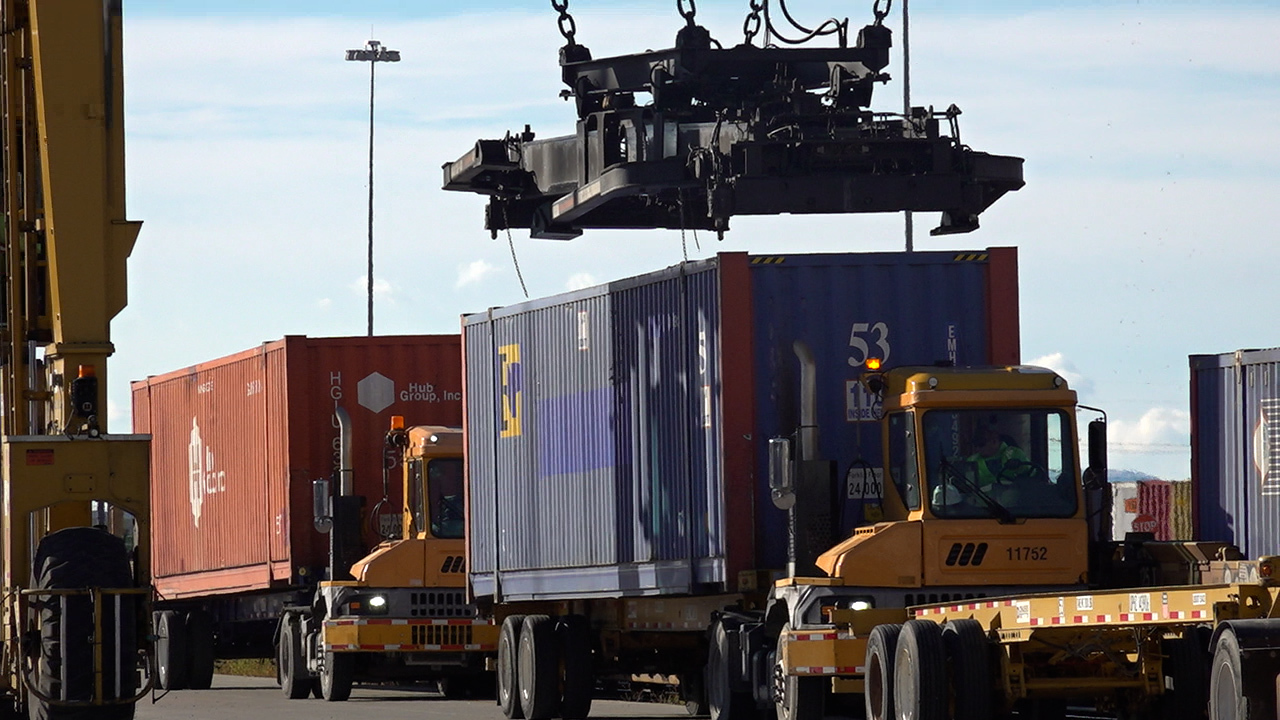 Freight trains could help decongest the Port of Long Beach

With shipping delays worsening and cargo still piling up at Los Angeles County ports, officials are starting to use freight trains to ease the problem.

With shipping delays worsening and cargo still piling up at Los Angeles County ports, officials are starting to use freight trains to ease the problem.

"It's worse than I've ever seen, and I've been in the business about 15 years," said Jack Dedge, the director of the Utah Inland Port Authority.

The authority is partnering with Union Pacific to use freight trains to decongest the unprecedented backlog at the Port of Long Beach, and deliver cargo to people who have been waiting.

"Working together with them, trying to unclog the system and in fact, creating a relief valve," Hedge said.

Cargo at the Port of Long Beach can often be removed one container at a time and placed on trucks for delivery throughout western states. But Union Pacific says there could be a more efficient way.

Kristen South, senior director of corporate communication for Union Pacific Railroad, explained that a freight train can clear out many more containers than a truck can, which could help open up more space at the desperately congested port.

They don't have to stop at the port and put their payloads on trucks. They can just go right via train," said South.

Shipping containers are unloaded from a ship at a container terminal at the Port of Long Beach-Port of Los Angeles complex, in Los Angeles, April 7, 2021. (REUTERS/Lucy Nicholson/File Photo) (Reuters Photos)

"Inside these boxes are anything and everything you can imagine, from televisions to washing machines to clothing to cell phones," South said.

"So this is really about creating an alternative path to get things to market so that the whole system kind of flows better and easier and things get to us sooner, Hedge said.

Since the partnership was announced last week, Union Pacific says they’ve received a lot of interest from Long Beach shipping companies. It's too early to know how much cargo will be redirected to Salt Lake, but the company says the possibilities are endless.

As of this week, authorities in Long Beach can now fine companies who are responsible for lingering containers. The logjam in southern California is partly due to a shortage of truck drivers to pick up goods.