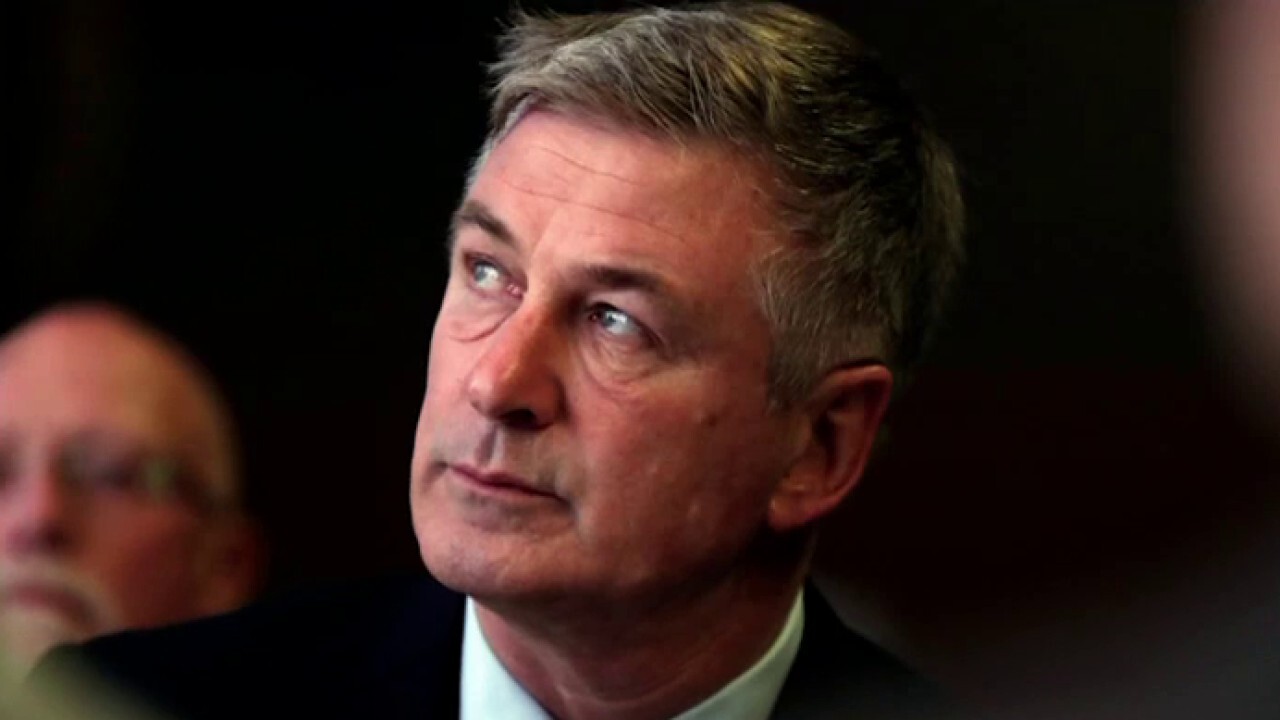 Alec Baldwin may be taking a break from acting following a tragic incident that took place on the set of his latest movie, "Rust," which resulted in the death of a crew member.

The actor is keeping a low profile as production on "Rust" shuts down to deal with a police investigation. Baldwin was handling a prop gun that he was led to believe was unloaded when a live round discharged killing cinematographer Halyna Hutchins and wounding director Joel Souza.

As the investigation continues and Baldwin’s future both legally and in his career remains uncertain, some are wondering exactly how much the star has accumulated over the years that is at stake.

According to Celebrity Net Worth, Baldwin, at 63 years old and after almost four decades in show business, is worth an estimated $60 million. A large portion of that income comes from his time on the hit NBC sitcom "30 Rock," where he was estimated to be raking in a massive $300,000-per-episode paycheck. Baldwin took a break from film and theater to join the Tina Fey-led show in 2006. He stuck with the show for seven seasons until it finally wrapped up in 2013.

Alec Baldwin has been working in show business for close to 40 years. (Jason LaVeris/FilmMagic / Getty Images)

While the show was a success, ultimately earning the actor two Emmy Awards, many believed that the reason it wrapped up when it did had to do with Baldwin either being too expensive or wanting to move to other projects. However, according to a report from Reuters at the time, that was far from the case. Baldwin tweeted that he was willing to take a salary cut of 20% in order to help fund a more-than-13-episode final season and even an eighth. However, the network and Fey ultimately decided to end things on a high note with Season 7.

Since then, Baldwin has been in several films, such as "Mission Impossible: Rogue Nation" "BlacKKKlansman," "A Star Is Born" and even lent his voice to the "Boss Baby" movie — all of which contributed to his financial portfolio.

Although all of those roles pale in comparison to his most high-profile part to date, his regular portrayal of former President Trump on "Saturday Night Live." While his sour face and over-the-top makeup became synonymous with the show’s cold opens in Season 42, The New York Times previously reported that Baldwin was only paid a meager $1,400 per appearance on "Saturday Night Live," meaning that he was arguably just in it for the love of the game and his disdain for the former president.

Baldwin doesn’t just hoard his money from more financially lucrative projects. Over the years, he’s lent his name to a number of charitable endeavors. Perhaps the one closest to his heart is the Carol M. Baldwin Cancer Research Fund, established in honor of his mother. In 2011 it was reported by The Wall Street Journal that a portion of the money he made as a spokesperson for Capital One went to charity as well. In the past, the outlet reports that he’s given upward of $1 million to the New York Philharmonic, where he serves on the board, and $500,000 to the Roundabout Theatre Company, where he has performed a few plays in New York. He’s also been known to help fund other theater organizations and literacy programs.

Alec Baldwin was involved in an on-set accident that left a crew member on the movie "Rust" dead. (Mark Sagliocco/Getty Images for National Geographic / Getty Images)

However, that doesn’t mean that Baldwin does not live in relative luxury. According to GoBankingRates, Baldwin, his wife Hilaria Baldwin and their children split their time between a farmhouse in the Hamptons in Long Island, New York, and a Greenwich Village penthouse in Manhattan. The outlet reports he purchased the farmhouse for a reported $11.709 million in 1995. The family also decided to expand their scope within their Greenwich Village building, scooping up additional units in the building in 2012 and 2013 for an estimated $1.21 million and $2.25 million respectively, according to a 2017 report from Mansion Global.