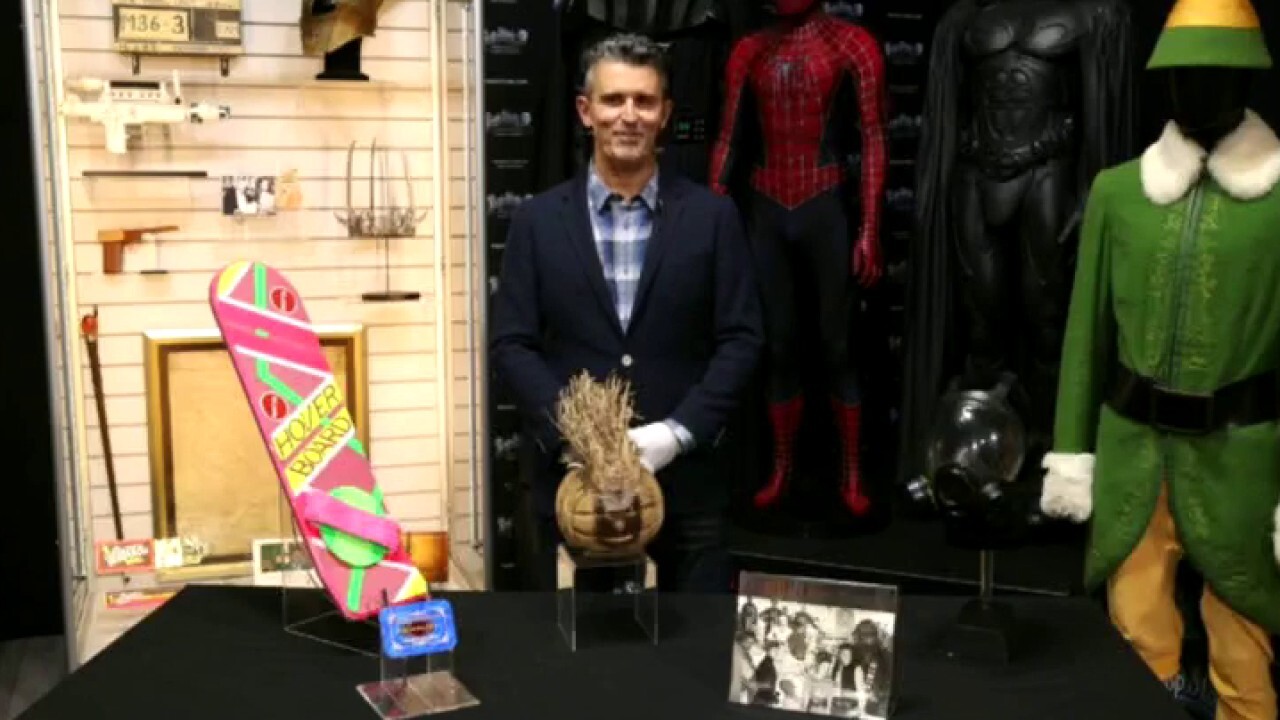 Prop Store founder and CEO Stephen Lane on its most iconic movie props up for auction.

"Spider-Man: No Way Home," the latest adventure for Marvel's friendly neighborhood superhero, is swinging toward a pandemic era opening record with $50 million at the domestic box office in its Thursday preview.

However, the highly anticipated blockbuster still trails the all-time $60 million preview record set by "Avengers: Endgame" in 2019 and "Star Wars: The Force Awaken"'s $57 million in 2015.

On Thursday, "Spider-Man: No Way Home" became Cinemark's best opening night of all time and broke the record for purchases of the movie chain's ultra-immersive XD experience. It also marked AMC Theaters' highest grossing film on record for December and second-biggest opening of all time with 1.1 million viewers.

"The sheer volume of people who came to see this film on the biggest screen, many for the first time since the pandemic, underscores the irreplaceable value of the in-theatre experience, which we are thrilled to continue to offer in collaboration with our studio partners," Cinemark senior vice president of global content Justin McDaniel said in a statement. "Congratulations to the entire Sony team for a remarkable opening performance for their latest blockbuster."

Fandango noted that more tickets have already been sold for the film than the entire theatrical run of any 2020 or 2021 release, including 2021's "Shang-Chi and the Legend of the Ten Rings." Since advance tickets went on sale on Nov. 29, the film has been the top-selling title on Fandango every day for the last three weeks.

"Thousands of showtimes are sold out through the weekend on Fandango, while theater partners continue to post new showtimes on Fandango to meet the fan demand," the ticketing company said.

The third installment follows Tom Holland's Peter Parker, who seeks the help of Benedict Cumberbatch's Dr. Strange to restore his secret identity after it has been revealed to the world. When a spell to restore the secret goes horribly wrong, Peter is forced to discover what it truly means to be Spider-Man as some of the hero's most powerful adversaries from alternate universes are brought into his world.

In addition to Holland and Cumberbatch, the film stars Zendaya, Jacob Batalon, Jon Favreau and Marisa Tomei. The film is directed by Jon Watts, written by Chris McKenna and Erik Sommers, and based on the Marvel comic book by Stan Lee and Steve Ditko. Kevin Feige and Amy Pascal are producers and Louis D'Esposito, Victoria Alonso, JoAnn Perritano, Rachel O’Connor, Avi Arad and Matt Tolmach are executive producers.