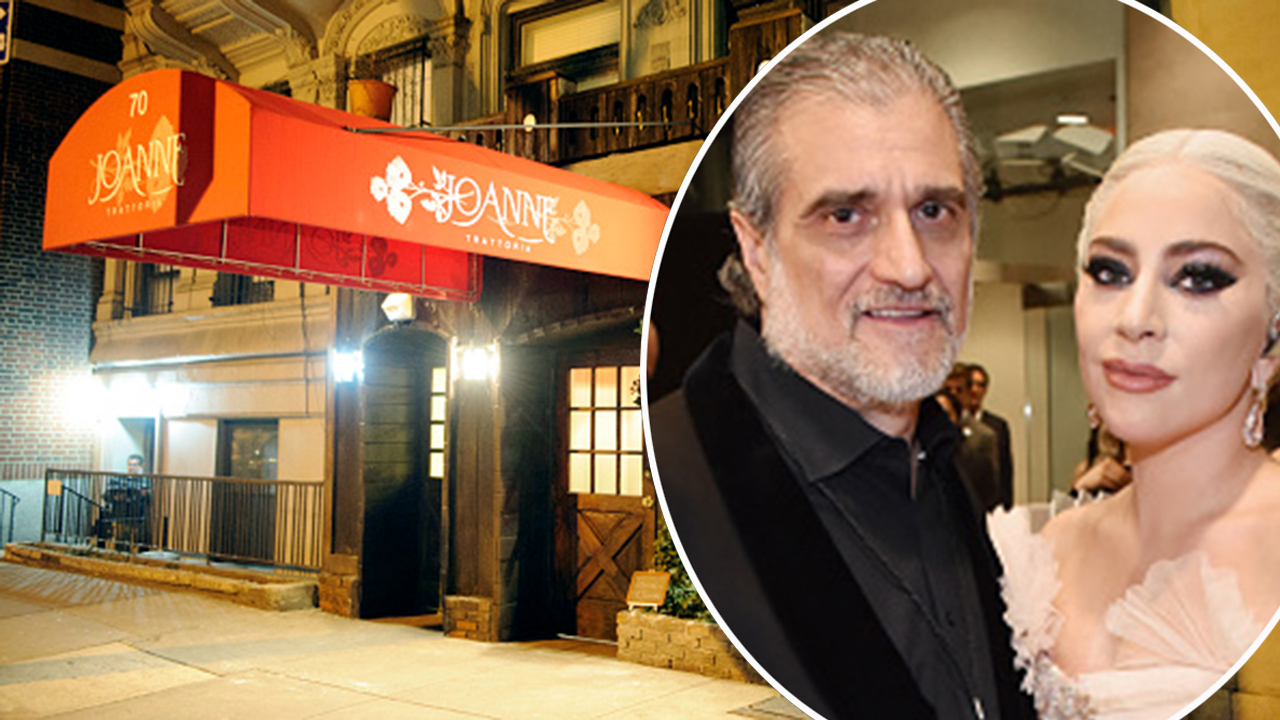 Lady Gaga's father Joe Germanotta is one of the thousands of New York restaurant owners concerned about the future of his business amid the coronavirus pandemic.

The superstar is a native New Yorker, and her father has gotten his own taste of the spotlight in the Big Apple as the owner of the Upper West Side Italian restaurant Joanne Trattoria.

In an interview with Fox Business this week, Germanotta discussed his decision to temporarily close the doors of the eatery following New York Gov. Andrew Cuomo's suspension of indoor dining back on Dec. 11. Like many other restaurant owners in the city, he said the past several months have "absolutely" been tough.

"All the restaurant owners are anxious to get back up and running," Germanotta said. "We're hoping that now that there's a vaccine and they're starting to deploy more, that we can get back to semi-normal operations."

Joe Germanotta and recording artist Lady Gaga attend the 60th Annual GRAMMY Awards at Madison Square Garden on January 28, 2018 in New York City. The famous father told Fox Business he shut down one of his NYC eateries due to the most recent indoor d (Kevin Mazur/Getty Images for NARAS)

The famous father revealed that it was around Thanksgiving -- when rumors of another indoor dining shutdown were rampant in the state -- that he made the difficult decision to shut his restaurant's doors temporarily.

"I made the decision to give [my employees] time off. It was too much 'You're open,' and then a week later, 'You're closed,'" Germanotta recalled. "I locked the door. I'm not doing any deliveries or pick-ups now."

Germanotta said he plans to reopen Feb. 4. While he has high hopes for a better 2021, he acknowledged that getting through the winter will be tough.

"You can have outside dining, but it's too damn cold! And the pick-up and delivery business is not enough to support the staff," Germanotta shared.

WHAT IS LADY GAGA'S NET WORTH?

Gaga's father did not bash Cuomo's decision as many other business owners have done in recent weeks, but he did voice his frustrations with how much restrictions vary throughout the state.

"I think there's inconsistent rules between cities within the state, which isn't really fair," Germanotta said.

"There is a population that wants to dine, but they're typically a younger crowd. The older crowd tends to want to sit outside still. I talk to local operators every day because I see them every day. I live right by my restaurant. They all say the same thing - 'It's just not enough.'"

In March 2020, Germanotta told Fox Business' Maria Bartiromo that he'd already seen a 70% drop in business due to the pandemic but he vowed to take care of his employees at Joanne Trattoria..

It was revealed earlier this year that the Metropolitan Transportation Authority was moving to evict his other New York restaurant, Art Bird & Whiskey Bar, from Grand Central terminal.

The soul food eatery, located in the dining concourse at the iconic train station, received a notice from the MTA that the agency is seeking Germanotta's ouster because he has refused to pay rent to the transit agency, which owns the property.

Germanotta said he’s not paying because the number of homeless people and "intolerable" health conditions at Grand Central have hurt his business.