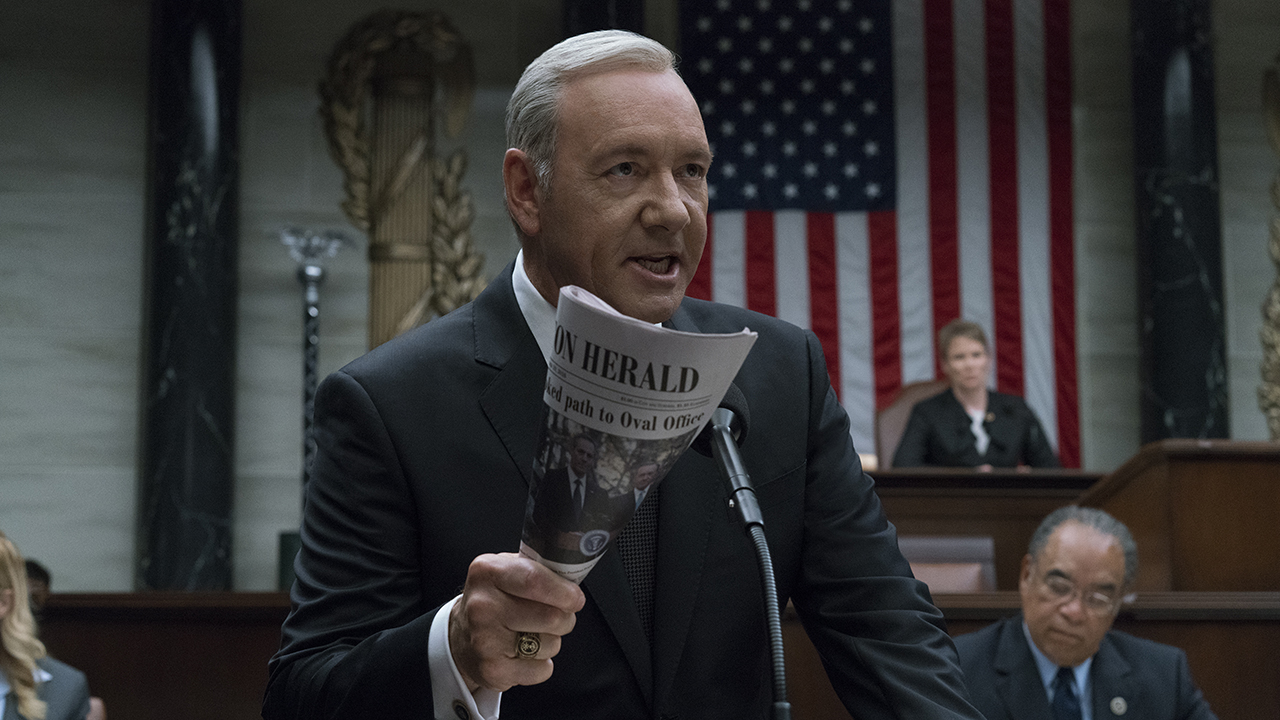 Kevin Spacey is expected to give up nearly half of his multi-million dollar fortune to "House of Cards" producers for breaching his contract over his alleged behind-the-scenes sexual misconduct.

On Monday, an arbitrator ordered the former Netflix star to pay nearly $31 million to Media Rights Capital, the production company behind "House of Cards." The petition filed in Los Angeles Superior Court that asked the court to "confirm the award in its favor and enter judgment against Spacey and his loan-out and producing companies," per reports. It had already been upheld in a confidential appeal.

The disgraced 62-year-old actor starred on the hit Netflix political drama from 2013-2017 before he was accused of sexual misconduct by several young men, including a production assistant on the show. The streamer cut ties with Spacey in 2017 as he faced multiple allegations of sexual harassment and assault.

Allegations against Spacey caused "House of Cards" studio MRC to launch an investigation, resulting in the termination of the star's acting and producing contracts.

The results took both parties to JAMS Arbitration, according to The Hollywood Reporter, which is co-owned by MRC and Penske Media Corporation, and Spacey has lost the battle.

Per the filing, an Oct. 19 ruling by an arbitrator said that Spacey breached contractual obligations, including following MRC's anti-harassment policies, THR reports.

The arbitrator pointed to evidence that MRC took a hit due to Spacey's behavior, such as its need to shorten the show's sixth season in order to meet the delivery deadline after halting production.

The order means almost half of Spacey's estimated $70 million net worth will go to MRC. The steep payment also equates to a majority of Spacey's earnings he reportedly earned from the hit Netflix show, which also starred actress Robin Wright.

It represents an especially substantial decline in Spacey's fortune and star power, given that Forbes named the actor and producer the 12th highest-paid TV actor in 2016. Per that list, he allegedly earned a $10.5 million salary that year.

Back in 2014, Spacey's annual salary from the Netflix drama was reported to be $500,000 per episode, putting his salary at the time at $6.5 million. With five seasons under his belt, Spacey is believed to have earned at least $32.5 million from the show alone.

The disgraced 62-year-old actor starred on the hit Netflix political drama from 2013-2017 before he was accused of sexual misconduct by several young men, including a production assistant on the show. (David Giesbrecht/Netflix)

Spacey's onscreen spouse, Claire Underwood, was played by Robin Wright. She was previously vocal about the pay gap the matriarch and patriarch of the show received – and while she once said she'd be getting a pay raise to align her salary with Spacey's, she later claimed it didn't happen.

"I was like, ‘I want to be paid the same as Kevin,’" Wright said in May 2016. "It was a perfect paradigm. There are very few films or TV shows where the male, the patriarch, and the matriarch are equal. And they are in ‘House of Cards.'"

Robin Wright previously revealed she was not getting paid as much as Kevin Spacey per episode. (David Giesbrecht/Netflix)

"I was looking at statistics and Claire Underwood’s character was more popular than [Frank’s] for a period of time. So I capitalized on that moment. I was like, ‘You better pay me or I’m going to go public,’" Robin continued. "And they did."

However, in 2017, the actress claimed to Rhapsody that she never actually saw that pay increase.

"The safety of our employees, sets and work environments is of paramount importance to MRC and why we set out to push for accountability," MRC said in a statement on Monday.

Attorney Michael Kump said that "it was a privilege representing MRC in this matter."

He added: "MRC stood its ground, pursued this case doggedly, and obtained the right result in the end."

Spacey reportedly attempted to appeal the nearly $31 million ruling but was unsuccessful.

Reps for Netflix and Spacey did not immediately return Fox Business' requests for comment.