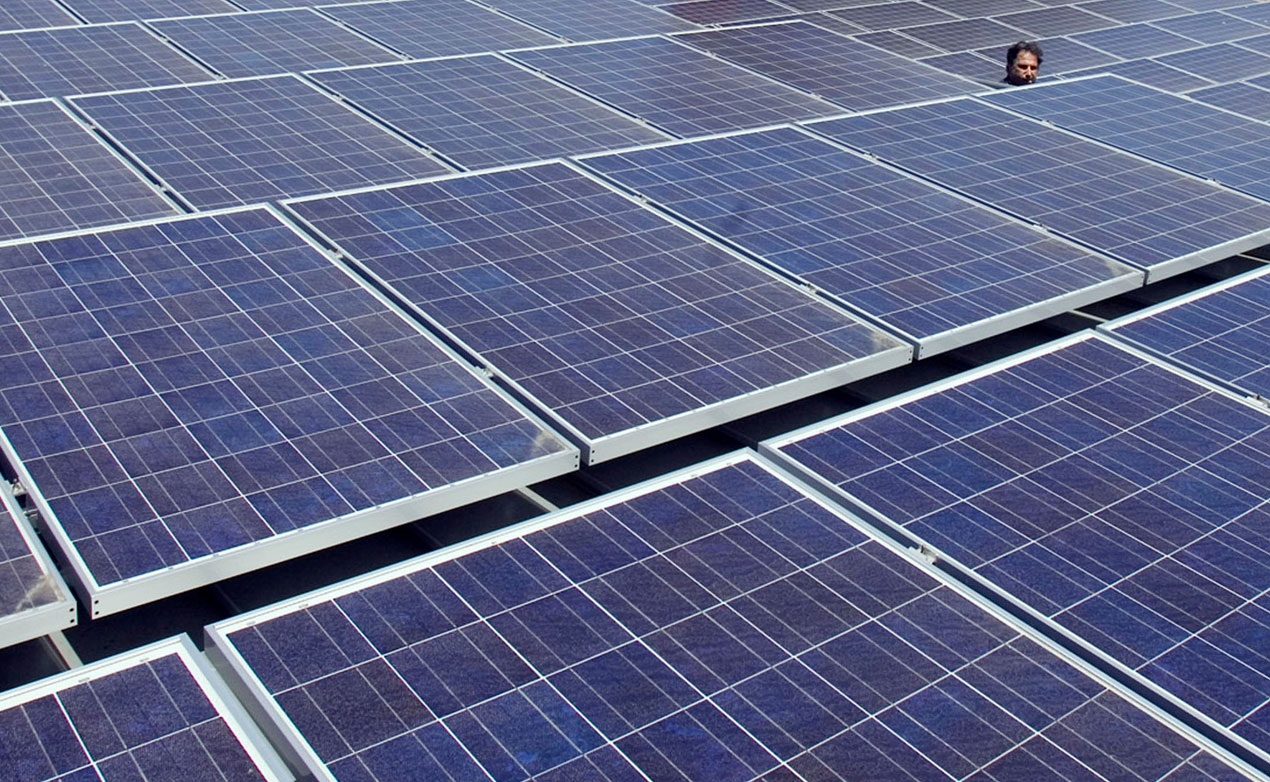 Wind power made Texas the leading renewable-energy producer in the U.S. Now solar is fast catching up.

Invenergy LLC broke ground this year on a $1.6 billion solar farm northeast of Dallas that is expected to be the largest in the country upon completion in 2023. AT&T Inc. and Alphabet Inc.'s Google are among the large corporations that have contracted to purchase power from the project, which will span more than 13,000 football fields and supply enough electricity to power 300,000 homes.

It is part of a growing number of solar projects in sunny, land-rich Texas, where experts long predicted solar farms would bloom. Solar-farm development in Texas is expected to accelerate in the coming years as generation costs fall and power demand grows. That growth puts it on track to claim a much larger share of a power market dominated by wind farms and natural-gas power plants.

Invenergy has developed wind farms in west and central Texas, but the solar project is its first one in the state. Ted Romaine, the company's senior vice president of origination, said that unlike wind, which often peaks at night, Texas solar has the potential to boost electricity supplies when daytime demand is highest.

"Solar is the natural next step in a state like Texas," Mr. Romaine said.

Five years ago, the Electric Reliability Council of Texas, the state's grid operator, projected that as much as 12,500 megawatts of solar-generating capacity would be installed across the state by 2029. It now expects to surpass that as soon as next year. Generally speaking, 1,000 megawatts can power 200,000 Texas homes.

INSIDE AMERICAN ENERGY'S FIGHT FOR SURVIVAL

That could put Texas on track to surpass California, which leads the nation with more than 13,000 megawatts of large-scale solar capacity.

Texas is the leader in renewables overall with nearly 29,000 megawatts of wind and solar generation.

Part of the anticipated growth in solar is tied to a federal tax credit available to solar-project developers that will be substantially reduced by 2022. It may be renewed under President-elect Joe Biden, who has pledged support for clean-energy projects.

US WOULD LOOK DIFFERENT WITHOUT FRACKING FOR NATURAL GAS, ENERGY SECRETARY SAYS

"We've reached a turning point," Mr. Lasher said. "These numbers point to the fact that solar is really starting to take off."

Unlike many other places in the U.S., electricity demand in Texas has generally grown as a result of a population boom. That growth has prompted the need to build new-generation sources, especially as coal-fired power plants retire because of their high operating costs and concerns about carbon emissions.

The costs of developing wind and solar farms have fallen substantially in recent years, and the power they produce has become cheaper as a result. But in many places, wind power is less expensive. Including subsidies, the cost of generating wind power now averages about $26 per megawatt hour, according to investment bank Lazard, while large-scale solar generation averages $31 per megawatt hour.

Wind power is especially competitive in Texas, where an abundance of turbines sometimes floods the market with enough electricity to push wholesale electricity prices to zero. But developers say that solar is gaining an edge as technology costs decline and panels become more efficient.

Scott Mair, AT&T's president of technology and operations, said Invenergy's solar development is competitive with other renewable projects in the state. It will be AT&T's first solar supplier in Texas; the company, which is working to make its operations carbon neutral by 2035, had only targeted wind before the Invenergy project.

"We always try to do the right thing with renewables, but it needs to make sense for us," Mr. Mair said. "The rates are to our liking."

Enel Green Power, a global renewable-energy developer owned by Italian utility Enel S.p.A., this fall completed a 497-megawatt solar farm in West Texas, the largest in the state. It did so in less than two years -- record time for the company -- and recently broke ground on another solar farm paired with battery storage just south of Dallas.

Georgios Papadimitriou, head of Enel Green Power North America, said Texas is fertile ground for solar power because the permitting and construction processes are relatively fast and easy, with few restrictions on where projects can connect to the grid.

"Texas is the most booming state in terms of growth," he said. "And solar is just getting started."