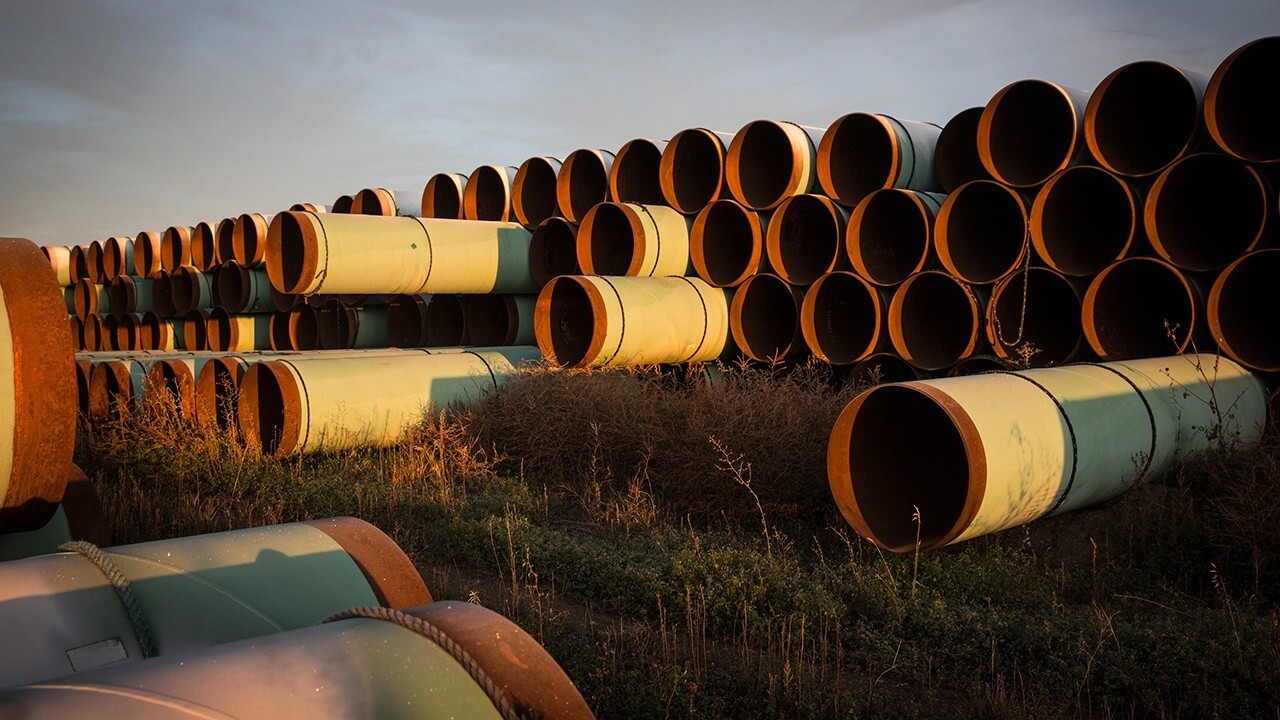 The cancellation of Keystone XL not only ended the billion-dollar pipe dream for the oil industry, but it also resulted in the loss of jobs— and economic opportunities— for thousands of workers.

That ripple effect fell on Lynn Allen, who was laid off from the Keystone XL pipeline project following President Biden’s announcement.

Allen, a father of three, had been working as a welder for 34 years.

“I got boys to raise, boys to put through college and, you know what, they are taking my jobs away and I don't expect the government to pay my way in life,” Allen told FOX Business.

According to a study from the State Department, 26,100 indirect and direct jobs would have come from the Keystone XL pipeline project, through its construction and supply chain that provides lodging, food and health care to workers in small towns across several states.

In response, President Biden’s newly appointed climate czar, John Kerry, pitched a new vision of a green economy, where many of the laid-off workers “can be the people to go to work to make the solar panels" as reported by Yahoo News.

“That’s a slap in my face,” said Allen, who said that being re-trained to build solar panels at 52 years old was out of the picture.

For Greg Baird, a Louisiana pipeline worker for over 20 years, job insecurity is “the nature of the beast, of the profession.”

But with Biden’s new climate policies targeting future projects, including banning new oil drilling on federal land, Baird said, “I don't look for any of these newer projects to come along.”

“I would love to sit down face to face with him [Kerry] and ask him if he to lead by example,” said Baird. “It's really kind of calling the kettle black when he wants to tell me to watch my carbon footprint, to change my lifestyle, my livelihood, to go do something else.”

The pipeline’s future largely hung in the balance for years until former President Trump revived the project back in 2017.

The scrapping of the permit is seen as Keystone XL’s death knell, following years of litigation and pushback from environmental groups. The cross-border project was originally pitched as a cleaner way to transfer oil from Alberta, Canada, through Steele City, Nebraska, and across the U.S.

TC Energy Corp., the Canadian company pushing for the pipeline, said in a statement the termination will “negatively impact ground-breaking industry commitments to use new renewable energy as well as historic equity partnerships with Indigenous communities.”

Alvin Francis, head of the Nekaneet Cree First Nation tribe based in Saskatchewan, Canada, negotiated with TC Energy to secure a 30-year contract, providing money and jobs to his tribe in exchange for using the indigenous land for the pipeline.

For Francis, owning a stake in the pipeline offered economic freedom to his tribe of 542 people, 50% of which are unemployed.

“What the government gives us today is not enough, it's never enough,” said Francis. “You must build where your people work for their salary. And they can be self-sufficient, self-sustaining of their own lives. Because those that do not do that, they really suffer.”

The Nekaneet Cree First Nation broke with other tribes who opposed the pipeline, such as the Rosebud Sioux Tribe and the Fort Belknap Indian Community, which sued the Trump administration for giving the project the green light, as tracked by the Native American Rights Fund.

“It's time to start sharing those resources to make sure that it benefits the original people of this continent. At one time we were the richest people on this continent. Now we are the poorest segments of society,” Francis told FOX Business, of his decision to pursue a contract with TC Energy.

Francis said the pipeline funding would have been used to tackle issues with education and alcoholism in the community, as well as bring the tribe to the modern age.

“You want to make sure that your people get to go to university trade schools and support education. Always in First Nation, from the very youngest to the very oldest,” said Francis.

Back at the starting block, Francis hopes to work with TC Energy to re-develop Keystone XL to fit environmental standards set by the Biden administration.

While TC Energy said the company will review its options — the future of the pipeline is unclear — with President Biden signaling a new climate agenda that largely leaves out opportunities for further development of Keystone XL and other pipelines.