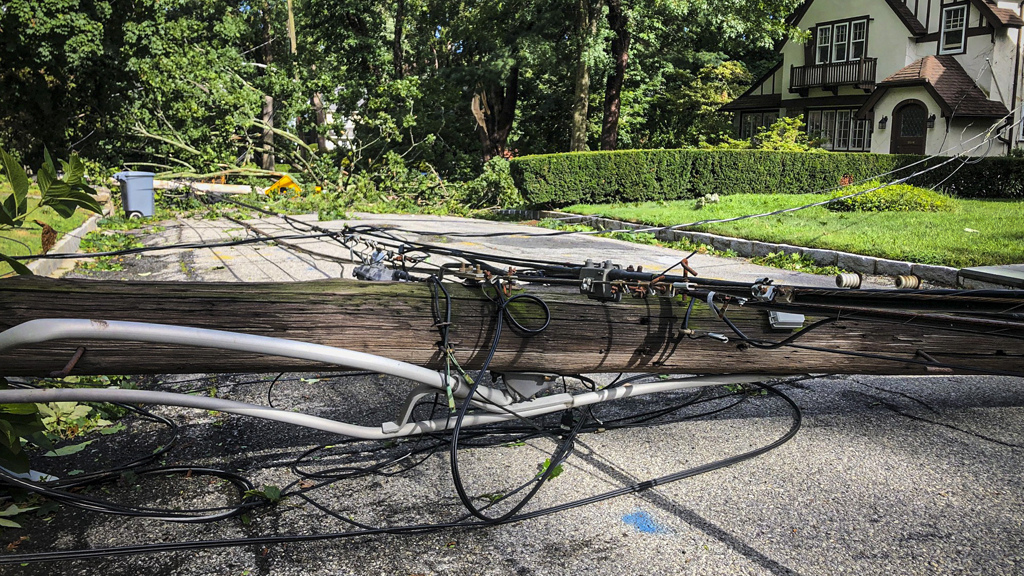 ConEd announced on Wednesday that their fast-track crews had restored power to 119,000 customers in New York City, but said it will take until Sunday for the remaining restorations to be completed.

This comes after the winds of Tropical Storm Isaias caused a near-historic amount of power outages in the greater NYC area.

The utility said late Tuesday that the storm's rampage through the region shoved trees and branches onto power lines, bringing down equipment that left 257,000 customers without power.

The company cautioned residents about being aware of downed power lines and to always assume they have not been de-energized, according to its website.

“Our employees have done an incredible job of responding when our customers needed them the most,” said Robert Schimmenti, the company’s senior vice president, Electric Operations. “They’ve had quite a summer, first with the back-to-back heatwaves and now with this historic storm.”

The restoration will be going around the clock until the remaining 187,000 customers have their service turned back on.

Crews have restored power to more than 30,000 Westchester County customers as well and are currently working to restore power to the other 96,000 clients.

In Queens, over 21,000 customers have had their service restored, but 43,000 remain without power. In Brooklyn, they restored about 26,000 customers with around 5,600 remaining.

Residents can sign up for text alerts at conEd.com/text and report outages and check their restoration status at conEd.com/reportoutage.