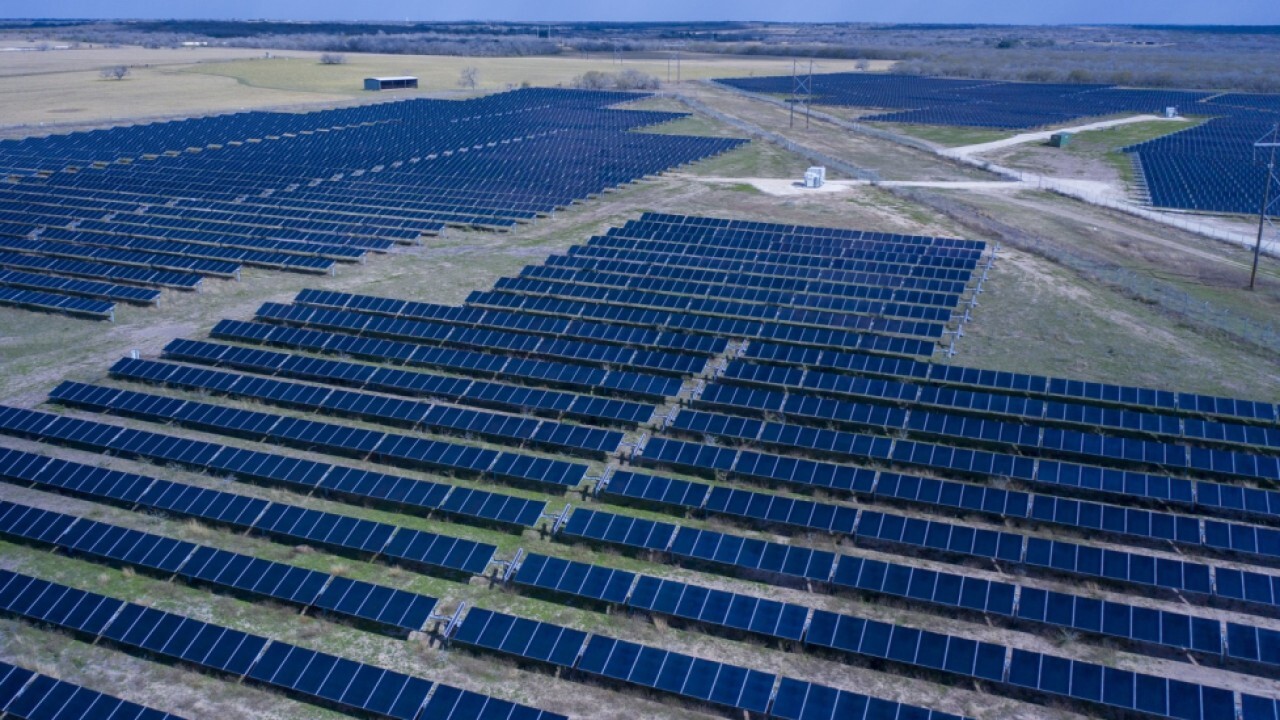 Can the U.S. maintain its human rights leadership while pursuing an energy agenda that increases its reliance on Chinese suppliers? That's the question President Biden's administration, U.S. lawmakers, and the solar energy industry are confronting amid mounting evidence that Chinese industry utilizes forced labor.

Research firm Panjiva says China and Hong Kong contributed 37% of U.S. solar panel shipments, with much of the shipping containers (21%) coming from LONGi, a firm with ties to forced labor.

Panjiva's data, reported by S&P on Monday, underscores the risk inherent in climate strategies that rely on alternatives like solar. LONGi, for example, receives a key material – polysilicon – from three producers that in turn, source their raw material from a Hoshine Silicon Industry, which the U.S. recently sanctioned in response to Uyghur persecution.

Complicating matters, the industry's reliance on forced labor could be much more extensive than what's currently understood.

Frédéric Dross, who serves as vice president of strategic development at Senergy Technical Services, indicated as much in June. During a conference call, Dross reportedly said that "it's very hard to pinpoint … one manufacturer that could not be at risk" in relation to Hoshine. "There is a probability that every single [solar] module that enters the U.S. is potentially affected."

Meanwhile, U.S. solar panel imports reached a higher level in Q2 than they’ve been for much of the past four years. Democrats and the White House have touted domestic energy investments as ways to ensure climate reforms augment energy independence. However, it’s unclear whether the short-term political atmosphere will allow for that type of spending. And if it did, it would have to reckon with China’s current dominance and political pressure to avoid their morally compromised supply chains.

"They’ll do the opposite and only perpetuate China’s already atrocious human rights record. We know that the Muslim Uighur minority in China is used as forced labor in the production of solar panels."

"We should be focused on strengthening domestic supply chains, preventing human rights abuses in global trade and reinvigorating American energy production and manufacturing. That can’t happen if China is the main beneficiary of the Biden administration’s misguided green energy agenda."

John Smirnow, vice president of market strategy for the Solar Energy Industries Association, emphasized the need for monitoring in a statement to FOX Business.

"The solar industry has been proactive on this issue by encouraging companies to leave the region, and we developed a traceability protocol to help provide assurances to buyers and customers that the products they purchase are free of forced labor," he said.

"The risks of failing to address human rights concerns are too great – by leaving the Xinjiang region, shifting supply chains to areas where independent third party audits can be conducted, and tracking the source or origin of key inputs, the industry’s actions will help prevent forced labor in the solar supply chain."

Alex Barrows, director of research at the consulting firm Exawatt, reportedly said: "If you're worried about [labor conditions at] their Chinese bases, you would probably also be worried about the base in Malaysia, for example."

WHAT ARE THE IMPACTS OF GLOBAL WARMING ON OUR DAILY LIVES?

Outside of solar, the International Energy Agency (IEA) has also indicated that China dominates processing for key minerals needed to meet U.S. and global climate goals.

So far, the federal government has repeatedly expressed concern about Uyghur genocide and sanctioned five Chinese entities, including Hoshine, at the end of last month.

Sam Brownback, a longtime GOP politician and former international religious freedom ambassador under President Trump, praised the Biden administration’s efforts but thought they could do more to counter Chinese influence.

"I’m pleased that they continue to state that it is genocide happening to the Uyghurs," Brownback told FOX Business earlier this month. "I’m also pleased to see that the Biden administration has continued the sanctions that the Trump administration put on China for its war on faith – because they’re at war with all faiths."

He added that he would like to see more pressure, and warned that it would be a mistake to soften the U.S.’s stance on religious persecution in order to secure solar imports.

"I think that human rights are of a higher priority and of a higher calling for the United States – and we get in trouble when we back away from human rights … We shouldn’t, for the sake of our economic interest, subjugate religious freedom to a secondary or a third-level status because we want their solar panels," he said.

Holding China accountable will likely be difficult, however, as the government has repeatedly denied persecuting Uyghurs. LONGi has similarly denied allegations of forced labor with its chairman claiming U.S. allegations are "a political issue, not a reality."

Customs and Border Protection (CBP) said it has already detained shipments under new import restrictions, S&P reported. But the devil appears to be in the details as analysts have indicated it’s difficult to track Chinese supply chains.

"There [are] not that many big players in [polysilicon], and almost all of them buy or have bought in the past from Hoshine," Barrows said, according to S&P. "It's a little bit hard with some of them to tell whether they're buying from them still or not."

Ken Rivlin, a partner at Allen & Overy, reportedly said the process for ensuring clean labor ties was "onerous and it's evolving, because information on the ground is evolving." Rivlin also said: "The lack of transparency in China, and the deserved skepticism that some have toward documentation provided by Chinese companies adds an element of uncertainty that's difficult to remove or to solve."