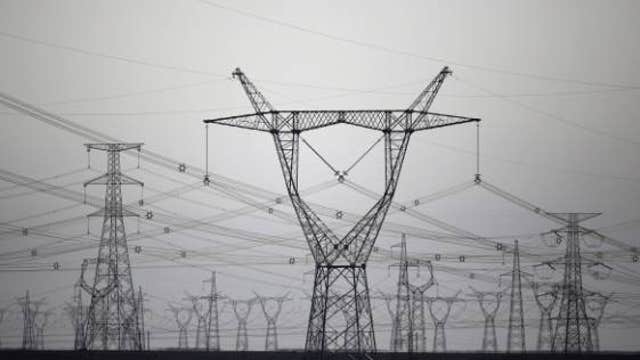 Risk of a national blackout?

New York City's main utility company issued a warning Monday saying more blackouts could be coming, as Mayor Bill de Blasio comes under fire for not returning to the city immediately after the incident occurred this weekend.

While officials on the ground scramble to find the cause, de Blasio remained out of town until Sunday while campaigning for president, prompting ire among New Yorkers, with some calling for his removal.

More than 70,000 people were left in the dark for more than five hours Saturday night, with thousands trapped underground in subway trains, as the city's mayor was more than 1,000 miles away in Iowa.

Temperatures are expected to soar well into the high 90s in New York this week, raising new concerns about whether power demands will cripple what some fear is an already-fragile electric grid.

“We expect that there could be service outages — those things happen during heat waves,”  Con Edison chief spokesman Mike Clendenin said Monday.

Con Ed is one of the nation's largest utility companies and Gov. Andrew Cuomo is putting them on notice.

The blackout wreaked havoc on Broadway as well as Madison Square Garden where a Jennifer Lopez concert was evacuated due to safety concerns. The singer kept fans in the loop all weekend via social media with details on the show, which was rescheduled for Monday evening.

Con Edison, which operates one of the most complex and reliable electric power systems in the world, is asking its 3.4 million customers to conserve energy as the temperatures enter dangerous territory this week.