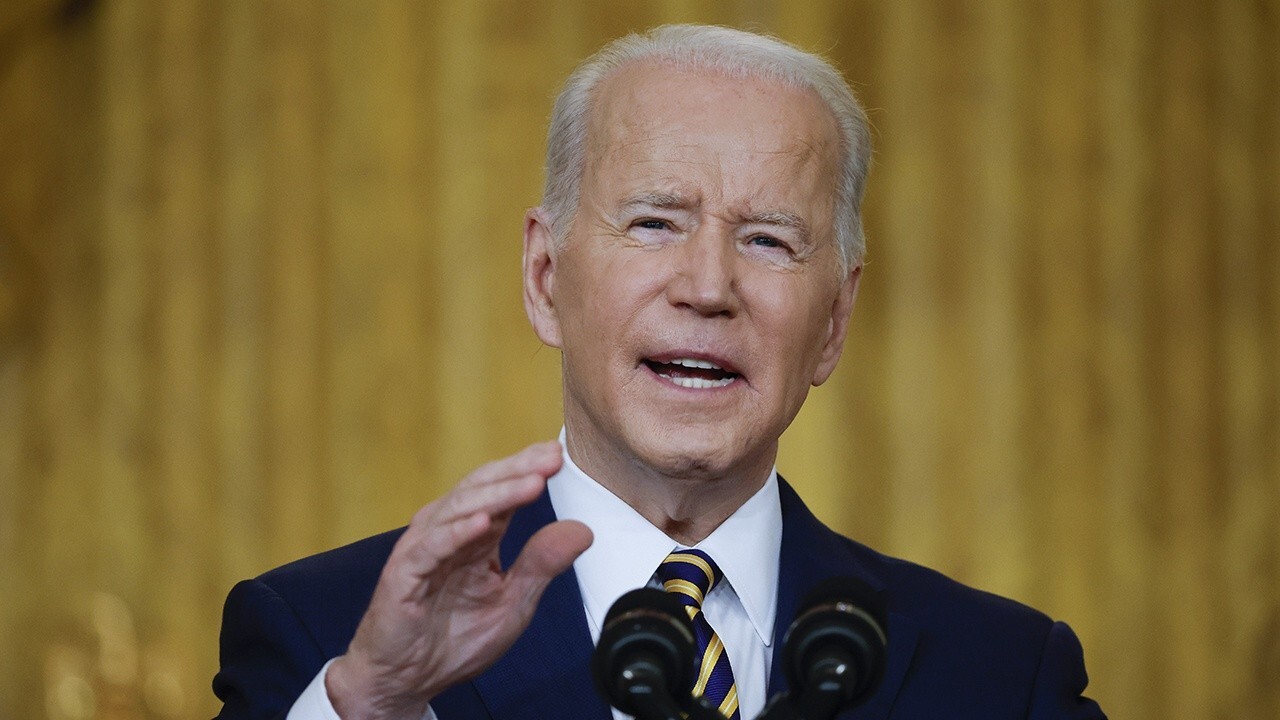 The Biden administration has flirted with lifting oil sanctions on once-shunned Venezuela to temper surging oil prices, yet it appears unwilling to encourage investment in domestic energy production. Critics slammed this move in comments to Fox News Digital.

After some backlash, the State Department claimed that the visit had merely been about the release of detained Americans and "championing the democratic aspirations of the Venezuelan people."

Despite the State Department’s denial, a source briefed on the meeting in Caracas told The Financial Times that a partial lifting of oil sanctions had been on the agenda, after all.

Even if the Biden administration were to go ahead with lifting U.S. sanctions on Venezuela with the aim of securing an alternative oil supply, experts say the country is nowhere near being in a position to ramp up production in time to help temper the current price spike. The United States produces more than 12 million barrels of oil per day on average, while consuming about 19.5 to 20 million. Venezuela's output simply is not enough to make up much of what the U.S. economy needs.

Furthermore, Venezuela’s anemic oil industry is plagued by technical and political problems. So why would the Biden administration even consider the idea while better alternatives – ones that don’t empower authoritarian dictators – are on the table?

The Biden administration has had and continues to have an icy relationship with the oil industry, whom the president blames for profiteering off the current energy crisis. On day 1 of his presidency, Biden pulled the plug on the Keystone XL pipeline, which would have transported an estimated 840,000 barrels a day, displaced more than 600,000 barrels of Russia’s oil and employed thousands of workers in the U.S. and Canada. Canada's oil is also better suited for use in gasoline than Venezuela's.

The U.S. has slapped tough sanctions on Venezuela’s state-owned oil company, PDVSA, and cut ties with the country in response to President Maduro’s alleged human rights violations. Consequently, many critics of Biden’s move have questioned why the U.S. would shun its own oil, and Canada's, in favor or an authoritarian regime that is openly hostile to the United States.

Ryan Sitton, an oil and gas engineer, founder of Pinnacle Reliability, and former Texas energy regulator with experience in Venezuela, said the Biden administration and Democrats are "beholden to this anti-oil and gas narrative that is so disruptive to the U.S. economy."

"If you’re going to win a Democrat primary, you’ve got to be so hardcore anti-oil and gas that any hint of being thoughtful or being pro U.S. energy is almost untenable," he said.

Sitton said the problem was not what President Biden is doing today, but what he was doing while running for office.

"You think Maduro is going to play nice with us? This is the big problem. It’s easy to say, ‘Oh we’ll just buy Venezuelan crude.’ I’m sure Maduro's over there saying, ‘Yeah, I’ll show you my crude oil. It’s going to be 150 bucks a barrel because he knows we’ve got to have it."

"And once you said, ‘We’re not going to buy the Russian crude oil,’ we don’t build the Keystone Pipeline, Marduro’s going, ‘Oh man, I’ve got these guys over a barrel.’"

Venezuela produces at most 800,000 barrels of oil per day. That figure is up from the average of 525,000 barrels it produced a year ago, but far off its failed target of 1 million a day by the end of 2021 and nowhere near the more than 3 million barrels per day the country was producing in the 1990s.

Venezuela’s oil is also heavier and grimier and is more suited for making asphalt and petrochemicals rather than being used for cars. Extracting gasoline and diesel from Venezuela’s oil would require a complicated refining process.

The country also lacks quality engineers, since many of the ones who ran Venezuela’s industry at its peak were exiled from the country during the Hugo Chavez era, when the socialist dictator nationalized Venezuela's oil industry.

Dr. Brenda Shaffer, a senior energy adviser for the Foundation for the Defense of Democracies, told FOX Business that there was an irony in the Biden administration’s pursuing oil in Venezuela, given the higher environmental impact of heavier oil.

"The U.S. has strong environmental regulations, rule of law, contracts and insurance compared to the way production takes place outside the United States," Shaffer said. "Using oil abroad not only has a geopolitical impact, but it also has an environmental and climate impact."

Phil Flynn, a senior energy analyst at The PRICE Futures Group, slammed the Biden administration’s policies as "climate craziness." He warned that declaring a climate emergency only makes investors jittery about fossil fuels, which in turn creates shortages and record-high gas prices, leading to political instability.

"They’re betting on some breakthrough technologies in the future, but they’re not there yet," Flynn said in an interview with FOX Business. "Unless their desire is to kill the U.S. middle class and the poor, you’re only going to make oil prices prohibitively expensive, you’re going to hurt economic growth and you’re going to hurt the country."

"Anybody who does economics 101 knows that if take steps to reset, restrict supply and demand, prices are going to go up," Flynn said. "But yet, the Biden administration doesn’t get it."