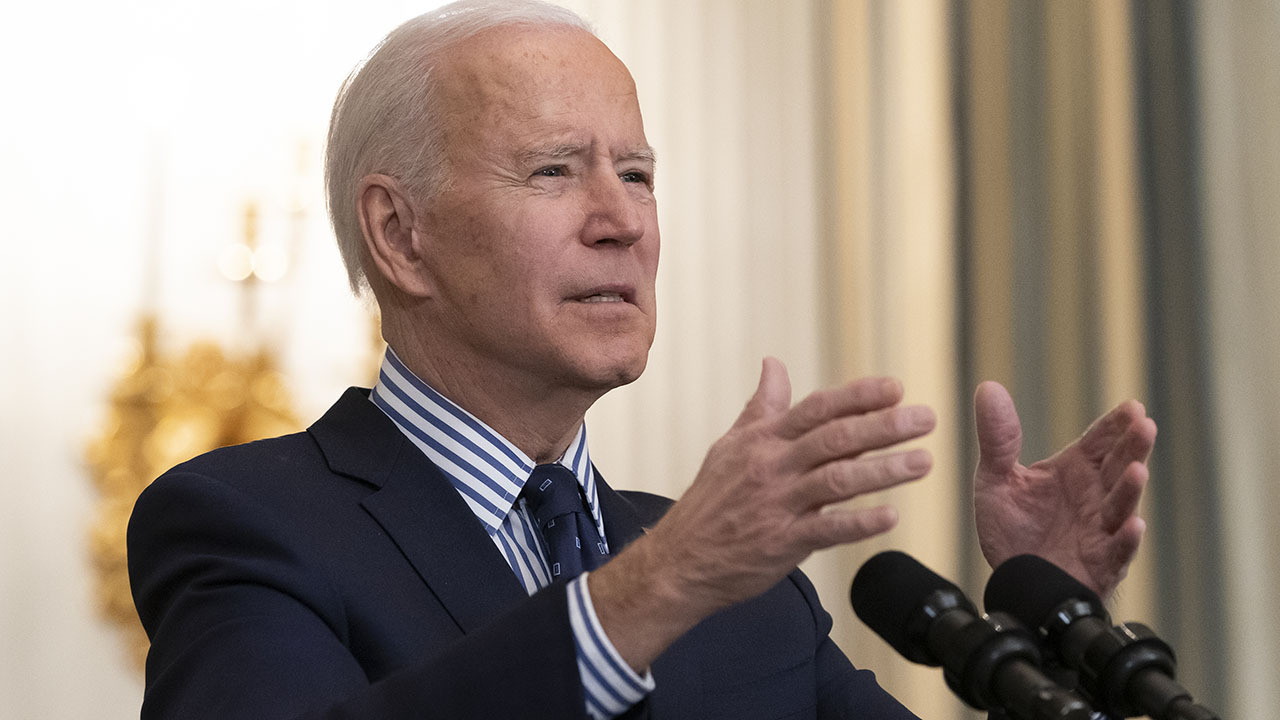 President Biden signed an executive order aimed at overhauling the federal government's procurement and operations in order to reach net-zero carbon emissions by 2050.

Wednesday's order came as part of a broader agenda to transform the nation's energy infrastructure and "build back better."

President Biden speaks to the media on the South Lawn of the White House in Washington, D.C. Dec. 8, 2021. Biden on Wednesday signed an executive order that requires the federal government to achieve a goal of net-zero carbon emissions by 2050.  (Ting Shen/Xinhua via Getty Images / Getty Images)

BIDEN ‘IS GOING TO HAVE TO WORRY’ ABOUT RISING GAS PRICES ‘A LOT MORE,’ CANARY CEO WARNS

The order is intended to set the federal government up as an example for others to follow.

"As the single largest land owner, energy consumer and employer in the nation, the federal government can catalyze private sector investment and expand the economy and American industry by transforming how we build, buy and manage electricity, vehicles, buildings, and other operations to be clean and sustainable," the order states.

Rep. Carol Miller, R-W.Va., takes her seat before the start of the House Oversight and Reform Committee markup of a resolution authorizing issuance of subpoenas related to security clearances and the 2020 Census on Tuesday, April 2, 2019.  (Bill Clark/CQ Roll Call / Getty Images)

Biden's energy and climate agenda has encountered resistance from lawmakers like Sen. Joe Manchin, D-W.Va., and Republicans like Rep. Carol Miller, R-W.Va. Both represent one of the top coal-producing states in the country.

"President Joe Biden needs to stop moving the goal post in a game America is already winning," Miller said in a statement to Fox News Thursday. "Yesterday's executive order, which is the latest example of his counterproductive energy policies, will stifle innovation, threaten U.S. energy security and cause prices to skyrocket."

"Instead of kneecapping our domestic energy industry," she added, "President Biden should focus on policies that bolster domestic production, create jobs and build upon America's success as a leading energy producer."