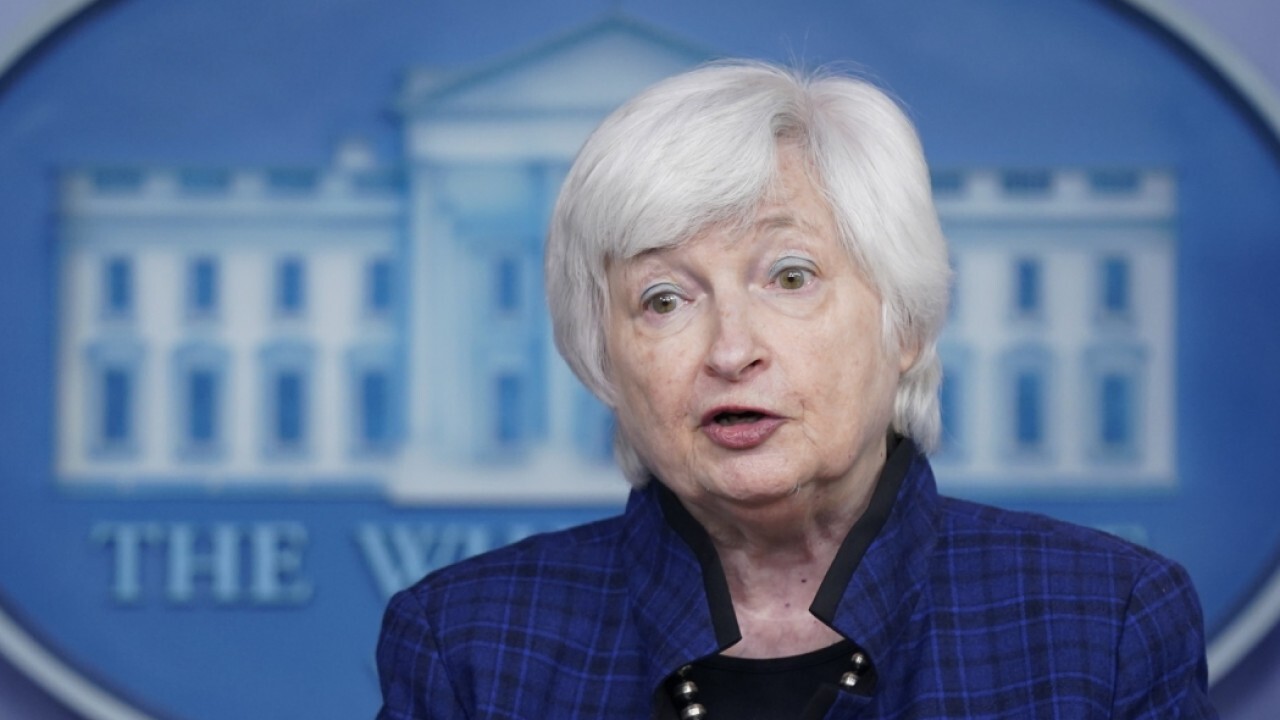 Treasury Secretary Janet Yellen said Wednesday that U.S. employers, particularly those in the service sector, may need to boost pay in order to combat a worsening labor shortage, but said rising wages are a good thing for American workers.

"It's good to see wages rise and working conditions improve for people working in low wage sectors of the economy," Yellen said during an interview on MSNBC that aired Wednesday morning. "This is something that we've wanted to accomplish for a long time."

Labor Department data shows a growing gap between job openings and hiring that suggests companies are scrambling to find workers, even though the unemployment is still well above the pre-pandemic level. In August, the U.S. had a staggering 10.4 million open jobs – compared to about 7.7 million unemployed workers. That's about 1.35 jobs for every unemployed person; for comparison, there are more job openings in every industry than there were in February 2020, before the pandemic.

Federal Reserve Chair Janet Yellen removes her glasses as she testifies on Capitol Hill in Washington, Wednesday, July 12, 2017, before the House Financial Services Committee to give the semiannual monetary policy report to the Congress. (AP Photo/Ja (AP Newsroom)

Although economists expected the shortage to come to an end in September – boosted unemployment benefits ended, schools reopened and spread of the highly contagious delta variant began to slow  – the labor force actually shrank last month: There are 5 million fewer people working than before the pandemic began, and 3 million fewer who reported looking for work.

As businesses struggle to onboard new workers, it's largely employees who are benefiting from scarce labor: Average hourly earnings jumped 0.6% last month, making the year-over-year increase 4.6%. That's the fastest annual pace since the Bureau of Labor Statistics began tracking the figure in March 2007, with the exception of a one-time jump in 2020.

Still, while big-box stores like Amazon, Walmart and Costco have responded to the lack of workers by hiking wages, small businesses have said that increasing labor costs and quality pose one of the biggest threats to their outlook. About 42% of small businesses reported raising compensation — a 48-year record high —  according to the National Federation of Independent Business's optimism index. An additional 30% of owners said they plan to increase compensation over the next three months.

"They may have to pay more, and that will be part of the adjustment," Yellen said. "But this is something that's good for workers. Many of the service sector workers have suffered from chronically low wages and from working conditions."

Yellen said she expects the economy to return to full employment by "next year," despite the slowdown in hiring.

"The labor market in many ways is very tight," Yellen said, calling the pandemic "a very, very unusual shock." The unemployment rate dropped to 4.8% in September, though it remains well above the pre-pandemic low of 3.5%.